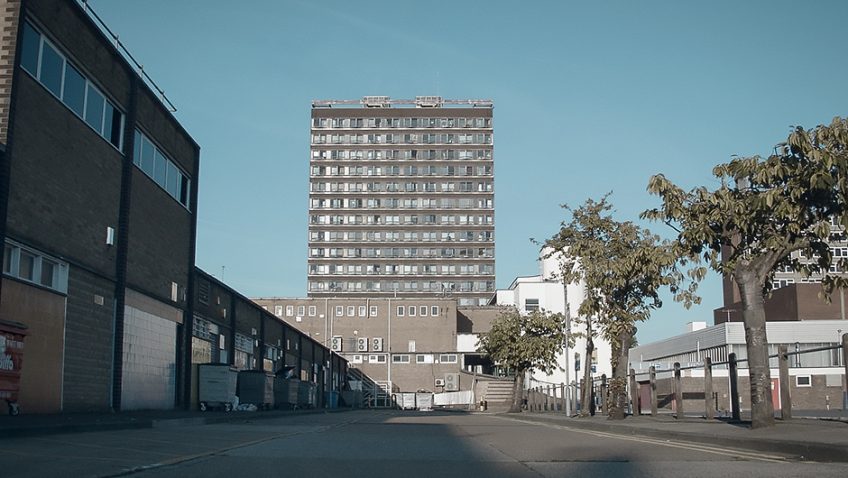 An enlightening and timely exploration of Basildon New Town

You don’t have to be an Essex girl or a Chav to enjoy this enlightening+ and timely look at the utopian dreams and concrete realities behind the history of Basildon New Town. Director/cameraman/co-producer/co-editor Christopher Ian Smith lets the still-impressive – or progressive – architecture and the residents tell the stories of what went right and what went wrong with MP’s Lewis Silkin’s utopian dream.

Smith opens the film with the camera panning up the empty pedestrianised lanes of Basildon over Silkin’s inspirational Parliamentary speech of May 8 1946 (voiced by Jim Broadbent). After describing the problem: the need to rebuild war-damaged cities where people are living in congested, unhealthy conditions with no open spaces, and no jobs, he turns to the solution: the creation of some 10 new towns.

Basildon was created in the first wave of new towns that included Harlow, Hemel Hempstead, Peterlee, Welwyn Garden City, Newton Ayecliffe, Bracknell, Corby, Crawley and Stevenage. Residents recall being blown away by the civic art and ‘space age’ architecture, while a resident named Vince O’Connell loved the lines, the starkness, the modernism’ and sense of a force pushing them into the future. The families moving in from war ravaged cities noticed the clean, ‘cool’ architecture of Brook House, mosaics on the walls and the public artwork. Joe Morgan recalls thinking the outdoor statue of The Mother and Child looked like ‘a creature’ and it wasn’t until he was older that he realised it symbolised the birth of a new town.

Silkin was aware of the relationship between the built environment and the people who live and work within it. The towns were not an end in themselves. Silkin’s vision included the production of a new kind of citizen: healthy (open spaces and recreational facilities); self-respecting and dignified (local factories, shops and no division by income); with a sense of beauty, culture and civic pride.

You can’t imagine any MP today claiming that government investment could help form better citizens, but two years later came the announcement of the National Health Service to complete the idealist post-war vision. For a short time, like Camelot, the reality of Basildon and Silkin’s idealistic vision gelled.

Smith focuses on the cultural development of Basildon where the accessible Town Gate Theatre gave many local people creative opportunities in amateur dramatics. Punk was big at the local clubs where Depeche Mode played. Sue Paget talks about getting together with friends and starting a punk band because ‘it was the done thing at the time,’ while musician Rob Marlow recalls, ‘I didn’t know that Depeche Mode were using one of the studios to practice in.’ Marlow brought in a synthesiser to one of the rehearsals and Vince Clarke (one-time song writer for Depeche Mode and the Basildon group, Yazoo) was fascinated with it.

Local musician Phil Burdett, ‘the Bard of Basildon’ and Old Man Stan puppeteer Steve Waters (who learned to draw in a free after-school club) thrived. Working class people were able to try out cultural activities and walk into an after school centre and pick up paints or learn crafts skills. 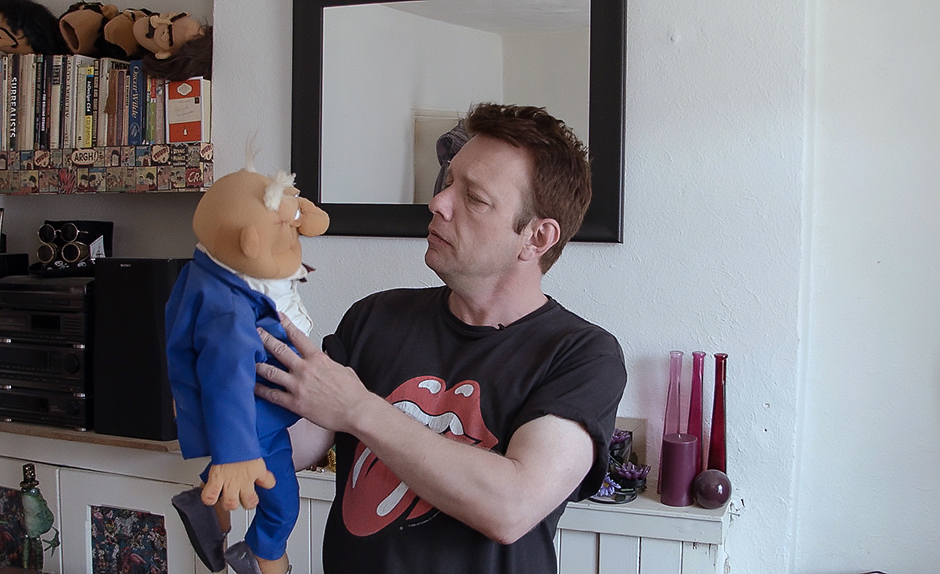 By the 1980s, Silkin’s lofty aspirations begin to diverge from reality. After a visual tour of the impressive variation in the accommodation, we hear how the heating (in the ceiling) and security did not always work, and how, as a child, it was easy to get lost in the alleyways intended to reduce traffic and provide privacy. The nooks and crannies that were fun for games of hide and seek became perfect places to deal drugs. Long before internet shopping resulted in the closure of High Street Shops and budget cuts resulted in the shut-down art club, the sale of council properties and Thatcher’s union and housing policies changed the face of Basildon.

The biggest change came with the right to buy a council house under Thatcher. Silkin was adamant that class differences would be blurred with men and women from different professions living side by side; families knowing their neighbours and looking out for one another’s children. For nearly forty years this was the case. But private ownership created a housing shortage followed by unemployment as the factories, shops and even the public toilets were shut down. In Basildon today the gap between the rich and the poor has never been greater while the town derived a negative reputation as a rough and dangerous neighbourhood.

Some locals object to that reputation and continue to live in Basildon, enjoying the little pockets of creativity sprouting out of the ruins of this great human endeavour.

A minor quibble, but one applicable to many documentaries dependent on talking heads is that Smith does not repeat the names of his talking heads (or use their surnames). The result is that it is easy to lose track of who they are from one end of the film to the other, particularly when we only hear their voice.

is a thought-provoking documentary, but it would have been helpful to hear various analyses of what, if anything, could have sustained the vision; or if it were too inflexible deal with changes in technology, the economy, social investment and working practices that Silkin could never have envisaged. Nor does Smith look to the new towns that are being built in answer to today’s housing shortage to determine what, if anything can be learned from Basildon.