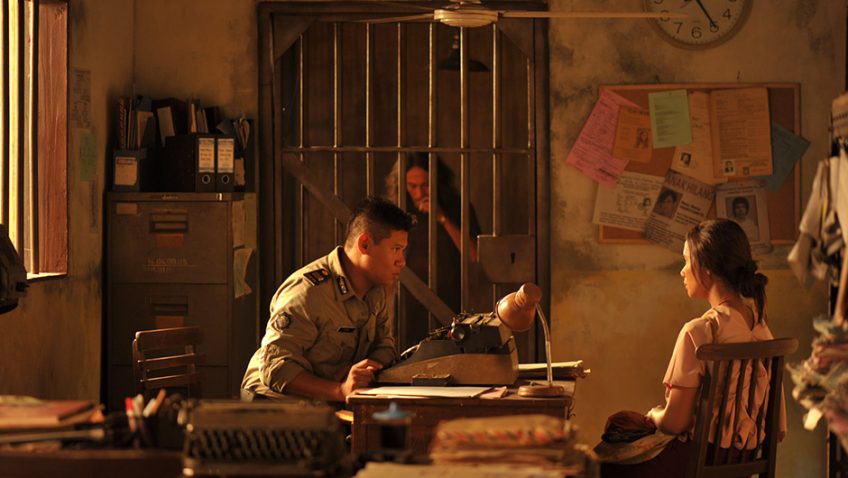 Women come into their own in this entertaining Indonesian Western

You can picture 37-year-old director Mouly Surya (What They Don’t Talk About When They Talk About Love) setting forth on a mission; not, like her heroine Marlina, with a machete strapped to her back and a severed head dangling from her horse’s side, but with a plane ticket for the Cannes Film Festival, 2017. Surya’s third feature, Marlina the Murderer in Four Acts

appeared in the Directors’ Fortnight – only the third Indonesian film in history to premiere in Cannes, and the country’s first Western.

Male directors from Australia and South Korea have adapted the American Western to their culture with astonishing prowess, but it’s taken a female co-writer/director from Jakarta to show us the possibilities for modern day Indonesia. The title aside, Surya, like Alfred Hitchcock, delivers more character driven tension and anticipation than outright violence and more humour than you might associate with a film about a murderer.

Marlina, a statuesque, solemn and quiet natural beauty lives alone on the remote island of Sumba with the embalmed corpse of her recently deceased husband in the living room and the grave of their son Topan just beyond the front door. Outside the modest farm house is also her livelihood: 10 pigs, 10 cows, 10 goats and 7 chickens.

One day Markus (Egy Fedly), a lanky unkempt man of about 50 with long scraggly hair rides across the vast expanse of limestone hills – not on a horse, but on a motorcycle. He walks, uninvited, into Marlina’s rustic home and informs her that he, and the seven friends who will be joining him, will take her money, and then her live stock. And then, if there is time, they will rape her. 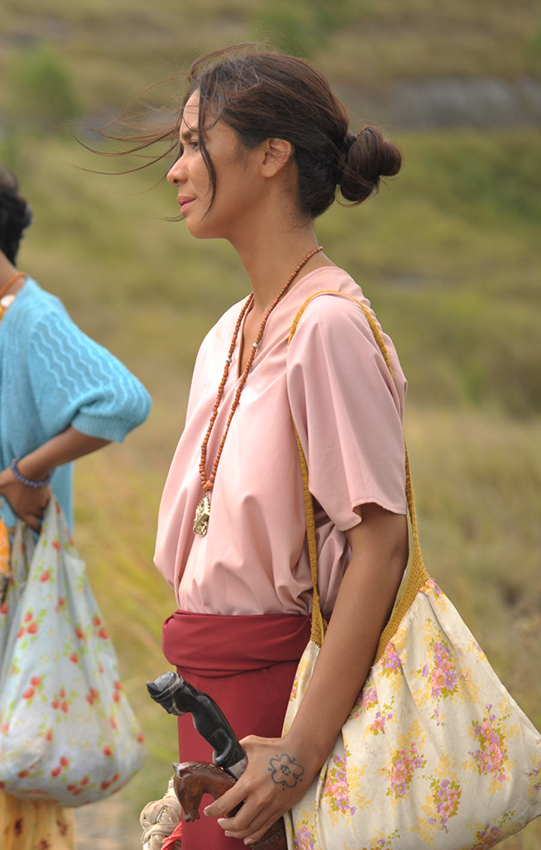 Marsha Timothy in Marlina the Murderer in Four Acts

Marlina might be bursting with anger and trembling with fear at what is in store for her, but she retains her composure and will not hide her contempt. When Markus questions her about the identity of Topan and her funeral debts, she tells him it’s none of his business. His callous, mocking criticisms, ‘so pretty yet so feisty’ and ‘a widow shouldn’t have such a temper,’ reflect the country’s male dominated culture. Even a thief and rapist can tell his victim ’you’re lucky if a man still wants you.’

The idea for the film might be that of Indonesian director Garin Nugroho, but Surya who wrote the script with co-producer Rama Adi, ensures that the audience wants something terrible to happen to this monster. Markus even tells the mourning mother and widow that if she is gang raped, ‘[she’ll] be the luckiest woman alive’. When Marlina corrects him, he scoffs, ‘you women love playing the victim.’
You can see Marlina’s mind at work through her eyes. When Markus’s ‘friends’ start to arrive her fear is palpable and if your pulse is not racing at this point, you might want to schedule a medical check up.

The only thing Marlina is free to do without supervision, is cook, at Markus’s command, chicken soup. While he lies down on Marlina’s bed, she prepares a meal for the hungry men who have congregated in the living room under the watchful eye of her embalmed husband who is still awaiting burial.

As announced in the title, the film is divided into four acts: the Robbery, The Journey, the Confession and The Birth. The typography is the first clue that Marlina’s adventure will not be devoid of humour. In Act II the story turns into a road movie which is the perfect vehicle for introducing a cross-section of characters and significantly, two strong women and one girl, all of whom support Marlina in some way. Haunting Marlina, and visible to us from time to time is the body of Markus, still plucking on his guitar-like instrument.

While waiting for the bus, Marlina bumps into a younger, pregnant young woman, Novi (Dea Panendra), an acquaintance who is joining her husband, Umbu in town. Novi complains about the baby being over due and then catches herself, apologising to Marlina. This is how we learn that Topan ‘didn’t make it to the 8th month.’ 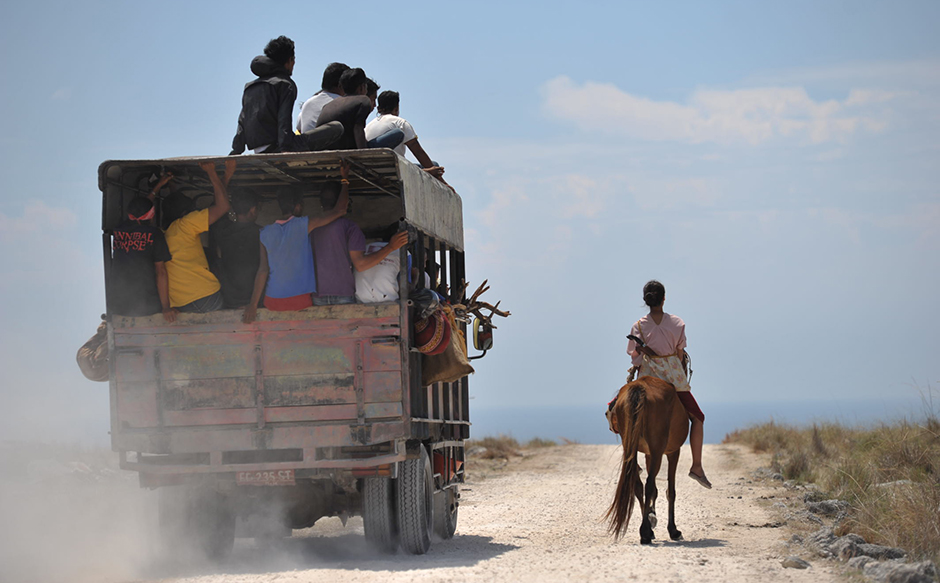 Marsha Timothy in Marlina the Murderer in Four Acts

While Novi professes to miss Umbu she tells Marlina that her husband and her mother-in-law claim that the lateness is a symbol of infidelity. This reference to a popular belief that has survived into the 21st century (Marlina and Novi have mobile phones) underscores what Marlina and Novi are up against. And when we finally meet this Umbu, Novi is a hostage to Franz (Yoga Pratama), one of the original thugs who is using Novi to get to Marlina. Blind to his wife’s distress, Umbu believes that Franz is her lover and, after punching her, takes off on his motorcycle.

Throughout the film Surya balances tragedy, hardship and horror with scenes of camaraderie, tenderness and humour. In the Act III, The Confession, Marlina stops at a café opposite the police station. The cook’s young daughter waits on Marlina who asks, ‘what’s good?’ When the girl replies, ‘chicken soup,’ Marlina replies, ‘no more chicken soup. I had that last night.’ As Marlina tucks into a plate of chicken satay, she learns that the girl’s name is Topan and tells her, ‘that’s my child’s name; a boy though.’ Topan replies, ‘my mother named me that so that I’d grow up strong as a boy.’ Another strong woman in waiting, then, one who feels an instant rapport with Marlina, and comforts her when she can no longer control her tears.

Novi goes on a journey too, finding the strength and courage, even in labour, to defend herself and Marlina. When she grabs a machete, she must be thinking of Umbu. In Act IV, the story comes full circle, but this time, there is a birth in the house of death. The women of Sumba tread the thin line between the two.

Complementing Yunus Pasolang’s bold, atmospheric cinematography is the music of Yudhi Arfani and Zeke Khaseli who cleverly blend echoes of Ennio Morricone with traditional folk songs. While there is much to enjoy from beginning to end, Surya loses her grip on the story just slightly in the second half where the director’s voice is self-conscious and borders on the whimsical. But this refreshingly entertaining film will leave you satisfied with Marlina’s frontier justice.