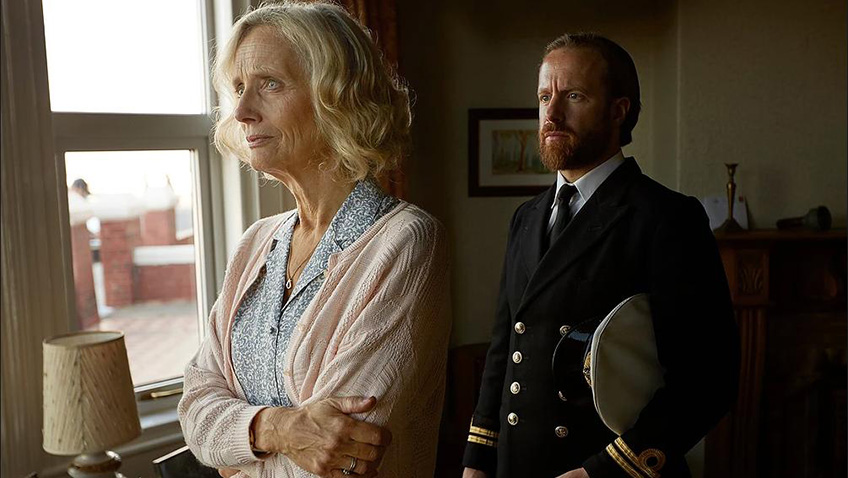 Normally you want to avoid triptychs in films. The audience has to get into not one, but three short films and the typical interweaving of characters and themes is often schematic and contrived. These shortcomings are accentuated when the source material is a play for the end result can be stagey and un-cinematic. For his feature film debut, the former Artistic Director of the Globe Theatre, Dominic Dromgoole, took a big risk in adapting Robert Holman’s 1987 three-part play, Making Noise Quietly. Dromgoole pulls it off in an impressive debut, qualified by the narrative weaknesses in the source material. Written for the screen by Holman, Nick Drake and Mark Rosenblatt, the three stories coalesce into an engrossing whole linked by a series of strangers who have been affected by war. The faint traces of interweaving are here an advantage, inviting the viewer to ponder over their significance and search for other connective threads.

Rather audaciously, given a film director’s inclination to shake off the theatricality of the source material, Dromgoole captions each story with a title, a location and date and inserts a pianist (composer and musician Stephen Warbeck) before and after each of the triptychs as a kind of interval. The pianist wanders through a field of sheep into a derelict barn where a piano awaits him. Given Dromgoole’s expertise in all things Shakespeare it is perhaps no coincidence that Warbeck won an Academy Award for the original score of Shakespeare in Love.

Being Friends is set in July, 1944 at Oxen Hoath, Kent, where two young men, who are not enlisted, are billeted amongst the villagers. Eric Faber (Matthew Tennyson) is a frail looking, gay artist (sketching the local church) and about-to-be published writer who has been invalided out of the war after a accident. His charm and understandable exemption see him treated more favourably than handsome, strapping farmhand Oliver Bell (Luke Thompson) who is a Quaker and a conscientious objector.

Eric has just secured provisions for his lunch at the village shop when Oliver, who is delivering the last bucket of milk for the day, is berated by the shop owner. She accuses him of having ‘a sweet life,’ adding bitterly, ‘I have two sons and I don’t know where they are.’ 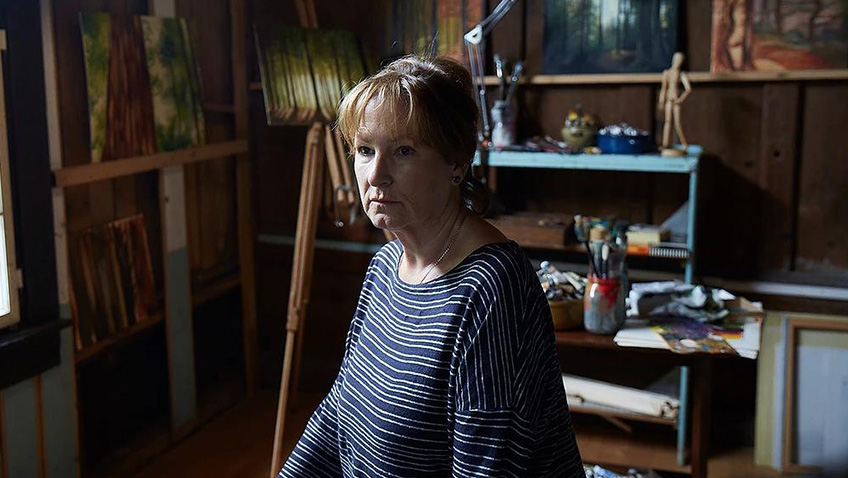 When Eric invites the outcast farmhand to join him for a walk to his favourite spot, Oliver jumps at the chance for some human contact. As they walk through the fields, Oliver decries the country’s primitive farm techniques which he aims to reform with efficiency and technology and is intrigued by Eric’s uninhibited exposé of his unorthodox (and, at the time, illegal) lifestyle. Over the course of the hot afternoon, as the camera focuses on the ration of cheese, bread and the cherries that Eric and Oliver share, war rages overhead along the English Channel and a cold pond beckons. A friendship forms and both young men reconsider their place in the war.

Lost is set in Redcar, (Cleveland) in 1982. It is another two-hander, only here there are no supporting actors or extras. Geoffrey Church (Geoffrey Streatfeild), a sensitive, patient young naval lieutenant, in full uniform, arrives at the beachfront home of May Appleton (Barbara Marten) with a personal message to deliver, only to learn that she is unaware that her estranged son, Ian, has been killed in the Falklands War. As the relationship between the naval officer and May transforms with more information, May – and the viewer – gains an entirely new perspective on Ian, one that allows May to come to terms with her and her husband’s loss.

Each of the above triptychs is shot in a particular period style that invites comparisons with other British directors. For example, the sun drenched Kent coast in WWII in Being Friends, may transport viewers back to Powell and Pressburger’s A Canterbury Tale in which a soldier and a land girl meet in the Kent countryside, also in 1944. And in each triptych two characters have a profound impact on one another with the result being that someone changes their mind between the start of the film and the end.

The eponymous third film, Making Noise Quietly, is not only the longest, and the most complex story, but the most problematic. Set in the Germany’s Black Forest in the summer of 1996, a middle-class, sexagenarian German banker and (a link to Being Friends) amateur painter, Helene Ensslin (Deborah Findlay), is out painting in the quiet forest near her cottage. She is suddenly startled by a screaming young boy, Sam (Orton O’Brien) followed by a bestial English-speaking man, Alan (Trystan Gravelle) chasing after him. Helene does not know what to make of the intruders, but her instincts must tell her to run home and call the police.

Instead, and surprisingly, given that her husband is working in Cologne, she invites the two strangers to stay the night. As they get to know one another, awkwardly and guardedly at first, we learn that Alan’s partner has left him and Alan, a fugitive army private, traumatised by a tour of duty in the Gulf War and the Falklands, is struggling to care for his autistic step-son who has stopped talking. Alan talks a lot – and in expletives that Helene finds particularly objectionable around Sam.

The tension between the British visitors and Helene is what carries this film, with the audience fearing (although not nearly enough) for Helene’s well-being, on the one hand, and, on the other, wondering how her intervention will impact on her troubled guests. If there is a credibility gap here it is because there is too much going on. The PTSD and the after effects of war, the autism, and Helen’s revelation that she was a concentration camp survivor (at one point she compares Alan with a predatory, sadistic guard) is all too much and ends up feel more contrived than fresh.