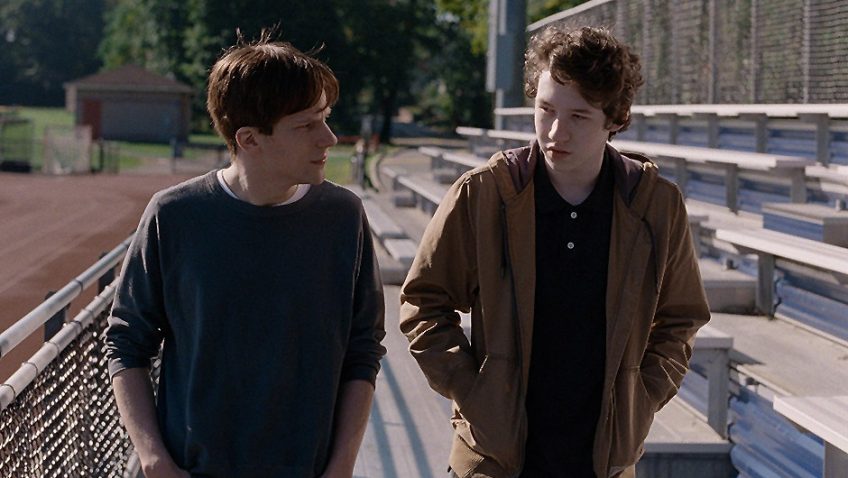 What is it with Norwegian directors who use the capital, ‘Oslo’ in their titles, and cast French actresses as photojournalists?

Two years ago Erik Poppe, who directed Hawaii, Oslo, gave us A Thousand Times Good Night, casting Juliette Binoche, aged 52, as a war photojournalist torn between her vocation and her family, who live in fear for her life. This week, Joachim Trier, who directed Oslo, August 31st, casts Isabelle Huppert, 63, as war photographer Isabelle Reed, whose death haunts her family in Louder Than Bombs

. While Trier, with his regular writing partner, Eskil Vogt, afflict Isabelle’s sons, Jonah (Jesse Eisenberg) and his teenage brother Conrad (Devin Druid) with interesting pathological signs of grief, they are not easy to relate to.

You have to feel for widower Gene Reed (Gabriel Bryne) whose two sons have gone off the rails, presumably following the death, in a car crash, of their mother (Huppert). He too is finding it hard to accept that she survived deadly war zones only to succumb on a New York road.

Jonah, who has an affair with an old flame within hours of his wife (Megan Ketch) giving birth to their first child, is, at least, close with his father. Nonetheless, Gene senses something is wrong when he has to urge Jonah to return home to his wife and new baby. Lonely teenager Conrad, on the other hand, acts out with his father and locks himself in his room with his computer games. Gene, concerned about Conrad, follows him in the car. On the phone, he tells his father that he is busy when Gene is watching him sitting alone in a park imagining his mother falling asleep at the wheel.

Gene suspects that his wife, perhaps as a result of post traumatic stress disorder or the prospect of a boring retirement, committed suicide and has told Jonah. We are meant to think that his inability to relate lovingly to his new family is a reaction to his loss. Children who lose their parents when young often resist closeness with others, as they fear the pain of another separation.

Conrad was too young to talk about his mother’s suicide three years earlier. But now, Isabelle’s journalist partner, Richard (an underutilised David Strathairn), is publishing an article in The New York Times to coincide with an exhibition of her photographs. He tells Gene that he plans to write that Isabelle took her own life. Gene tries to talk to Conrad, but Conrad, whose insecurity, particularly around girls, manifests itself in his estrangement from his father, will not entertain any conversation.

While the title refers to the angst of the family at home as being louder than the bombs that rang in Isabelle’s ears, it is difficult for the audience to hear the noise let alone feel the anguish of an accidental death that happened three years before the film begins. There are static flashbacks that show Isabelle at the departure gate of the airport, finding it difficult to talk to Gene when she is already in the ‘zone’ of her adrenalin-filled job. 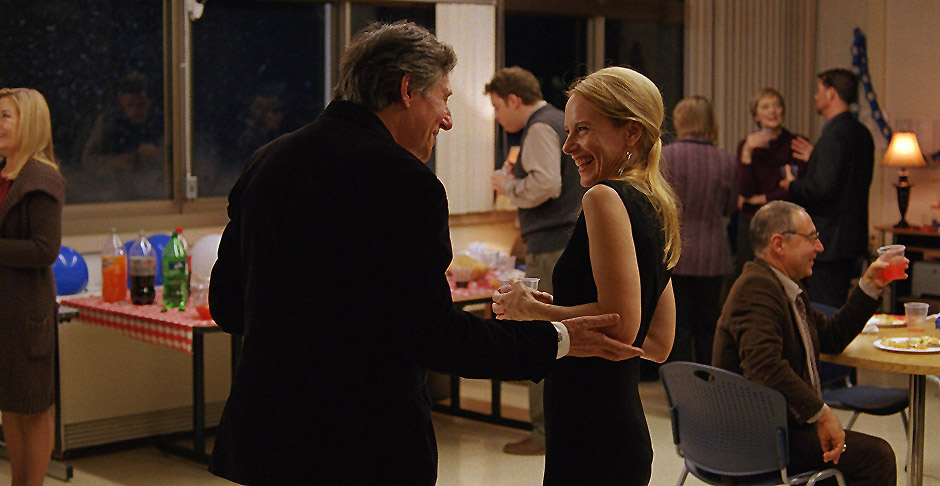 Gabriel Byrne and Amy Ryan in Louder Than Bombs

What we are left with are two fascinating and psychologically convincing characterisations in search of a story.

In Oslo, August 31st Trier takes us inside the head of a recovering drug addict who is given leave to visit his friends in Oslo, where he is overwhelmed with suicidal urges. It is far more difficult to involve the viewer in suicide after the character is dead, particularly when there is no proof that Isabelle did kill herself. It might not help that Louder Than Bombs

is Trier’s first English language film and feels more like a literary adaptation than does Oslo, August 31st, which was adapted from a book.

A recent exhibition of the photos of model-turned-war correspondence Lee Miller at the Imperial War Museum reveals that her son, Anthony Penrose, never knew about his mother’s war stories and did not associate her experience filming the liberation of the concentration camps with her alcoholism and depression. But there is no evidence that Anthony, who now gives riveting talks about his mother, went into meltdown at the revelation.

Thousands of children every year grieve over the premature loss of a parent but get on with their lives, determined to make their parents proud. Trier fails to make a compelling link between their mother’s death and her sons’ severely dysfunctional behaviour, particularly as we do not know what they were like before. Moreover, it is not clear why it would matter so much whether the death was planned or caused by the mother driving when half asleep.

Trier deserves credit for casting three superb sexagenarian actors, but unfortunately, he does not give them enough to do. Huppert (The Piano Teacher, The Ceremony, The Lacemaker); 65-year-old Gabriel Bryne (Spider, Miller’s Crossing, The Usual Suspects), and 67-year-old David Strathairn (Good Night and Good Luck, Dolores Claiborne, the underrated masterpiece, Limbo, L.A. Confidential); must be as frustrated as their audiences.