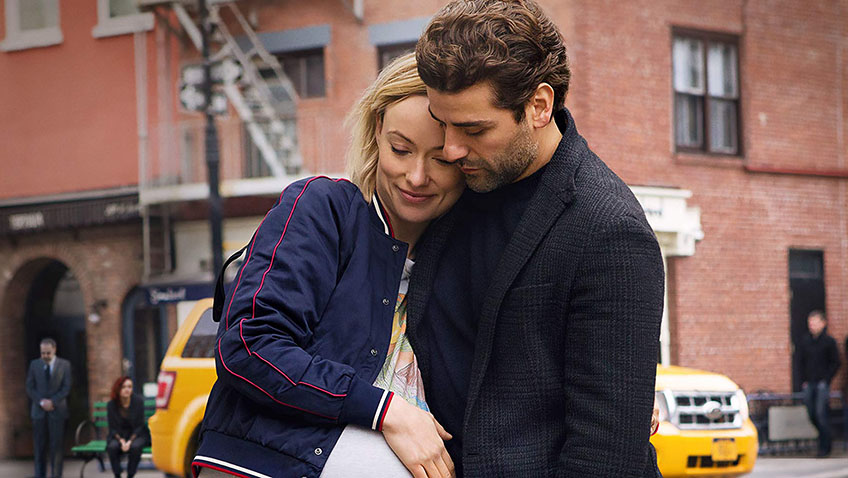 After making his successful directorial debut with the Al Pacino vehicle Danny Collins, scriptwriter Dan Fogelman (Last Vegas, The Guilt Trip, and Crazy, Stupid, Love) returns as writer/director with an even more ambitious and sentimental film, Life Itself

. If Danny Collins had the merit of being an entertaining film based on a fascinating true incident, Life Itself

is a contrived exercise in mawkish melodrama with a message that is less profound than pretentious.

This is not to say there is not a bit of pleasure to be derived from realising you have been had in the first ‘Chapter’, entitled The Hero, narrated by Samuel L. Jackson, as himself. Samuel L. Jackson appears as a cultivated, philosopher criminal in Tarantino’s Pulp Fiction, another film of interweaving stories, but there the comparisons stop. Jackson is woefully underused here and he is not much fun. The story does fool you with its unreliable narrator and the idea that Will Dempsey (Oscar Isaac) is a writer trying out stories about his psychiatrist, Dr. Cait Morris (Annette Bening, co-star of Danny Collins) in an act of transference using an unreliable narrator.

The problem with showing Will’s relationship with his vivacious and beautiful Bob-Dylan-loving girlfriend-turned-wife Abby (Olivia Wilde) in flashback is that it is inevitably a montage of clichéd scenes designed to hurry us through a romantic relationship that you just know is doomed. Why else would Will be such an alcoholic? Why a great actor like Isaac cannot play a credible alcoholic here is another matter. In an expository line, Dr Morris reminds Will that he has been institutionalised for most of the time since Abby left him which helps explain why he goes around singing Bob Dylan songs in restaurants. Isaac sounds like a young Danny Collins rather than the folk singer he played so brilliantly in the Coen Brothers’ Inside Llewyn Davis.

Will has been seeing Dr Morris since Abby left him, and somewhere along the way we are gifted with the story of Abby’s childhood in which her parents die in a horrific car accident. In films as varied as Pete’s Dragon, If I Stay and Life as We Know It, this is a convenient way to dispense of parents in films, but we don’t miss them as (a) we never met them and (b) there are plenty more parents and tragedies to come. 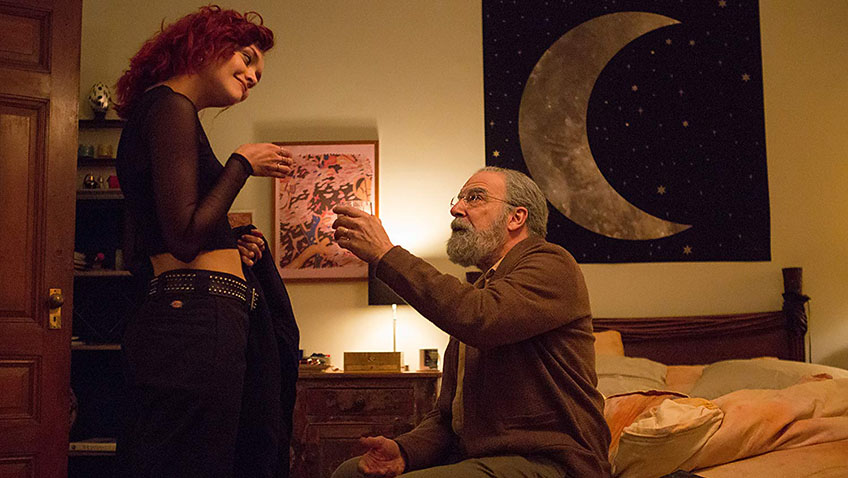 Mandy Patinkin and Olivia Cooke in Life Itself

Whether you see it as a coincidence, contrivance or dramatic licence, Abby is writing a thesis on the theme of the unreliable narrator. The closest the film comes to a message is the puzzling maxim that ‘the only truly reliable narrator is life itself, but that is not a reliable narrator either because you never know where it’s going.’

We are treated to a long conversation between the handsome couple between the sheets in which Abby agrees to marry Will, provided that they can have a dog before a child. He must also agree to recognise the merits of Bob Dylan and sure enough, in the next chapter, a young woman named Dylan appears. It is also important to note a little boy who watches an accident out of the window of a bus because this little boy also reappears in a future chapter.

Chapter Two is entitled Dylan Dempsey and we are told that Abby’s daughter ‘was born of death and tragedy’ and she has grown up under them. Dylan (Olivia Cooke), who is a budding musician, is brought up by her paternal grandparents, Irwin (Mandy Patinkin) and Linda (Jean Smart). When Linda dies, followed by Dylan’s parents’ dog, Dylan is left alone with Irwin, who tries to be a good father to this troubled young woman. We know she is troubled as she gets into a fight at a club where she plays and sits on a bench thinking of her mother and crying. This is, however, when a young man, conveniently handsome, well-off, single and, in a strange way connected to Dylan appears. His name is Rodrigo (Àlex Monner) 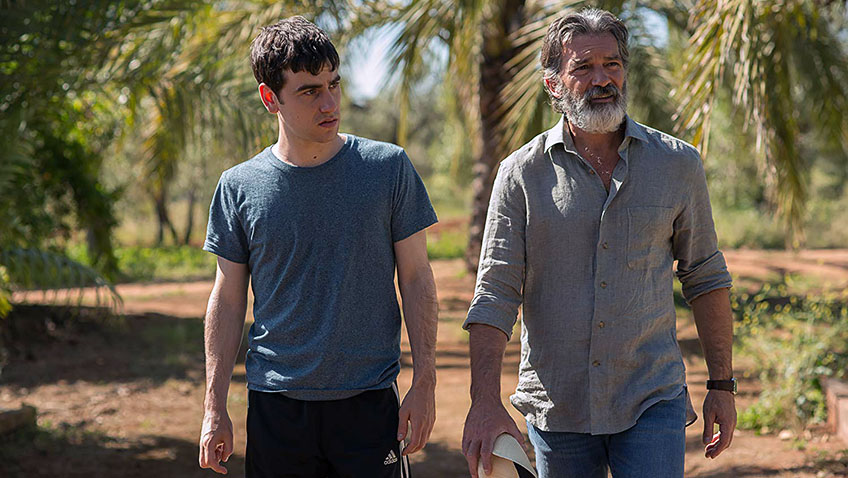 Antonio Banderas and Àlex Monner in Life Itself

The film is big on people telling their life story to supplement what we are watching, but nothing quite prepares us for Saccione’s tedious and largely superfluous monologue. And seldom has Banderas been less credible as when delivering it. Chapter Three, the Gonzalez Family, is a soap opera of monumental proportions and it does not really end when we progress to Chapter Four, entitled Rodrigo Gonzalez, or to Chapter Five which introduces the final character.

, Fogelman has made a film that outdoes, if not in star power than in contrivance, Paul Haggis’s inter-related character story film Third Person. In Third Person the story begins and ends with a writer who is an unreliable narrator, and also co-stars Olivia Wilde as the writer’s lover. Despite plenty of tragedy and broken lives and loves, both films leave you cold. The difference is that Third Person is engaging to watch, and the acting is good which is just as well as it relies on the viewer staying awake to pick up some, admittedly, clever clues.

, you can be asleep, and probably will be, and still get the drift, for there is nothing clever or witty in the construction. You could, however, pass the time counting the number of violent and tragic deaths in the film, but be sure not to overlook the unreliable narrator and double count them.