Home / LIFESTYLE / REVIEWS > / FILM REVIEWS / A dark, fascinating true story is let down by this adaptation 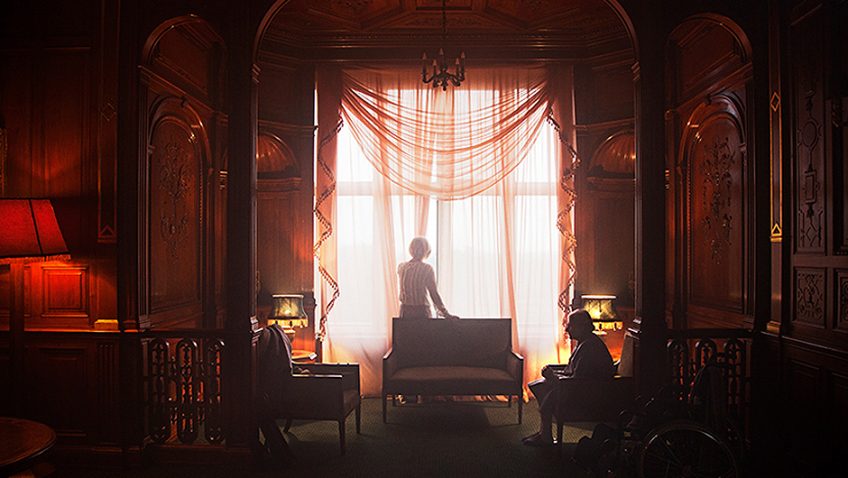 A dark, fascinating true story is let down by this adaptation

In Philippe Sands’ powerful, disturbing documentary My Nazi Legacy, he examines the way in which two different men dealt with the fact that their fathers were high ranking Nazi murderers in Poland and the Ukraine respectively. Now, two years later, we are presented with a dramatisation of the feminine equivalent in writer/director Polly Steele’s Let Me Go, based on the autobiographical book by Helga Schneider. Unfortunately, gratuitous use of dramatic licence and a script that is not nearly as horrific or understandable as the real story result in an interesting, but cinematically disappointing addition to the Holocaust genre.

The film begins with a caption informing us that the film is ‘based on the true life story of Helga Schneider,’ and it seems Ms Schneider, now 80, was on the set during production. Still, it is curious that above the image of a quaint dressmaker’s shop is the caption ‘London, winter, 2000. While I have not read the book and could be mistaken, it seems that Schneider spent her childhood in Berlin and Vienna and then married an Italian – living with her husband and son in Bologna. The real Helga (though widowed as in the film) was still living in Bologna when the letter arrived initiating the journey that is the subject of the film. Juliet Stevenson (Being Julia, Truly Madly Deeply) at 60 is almost exactly Schneider’s age when the letter arrived and looks a bit like her character, Helga who leaves her mannequin to open the post. As she reads a clearly upsetting letter, she rushes to imbibe some medicine. Flashbacks illustrate why her nerves are so frayed. She is aged 4 and her mother is leaving her (and her 19-month-old brother) with a stranger, with no mention of when they will be reunited. At that moment, Schneider’s beautiful granddaughter Emily (Lucy Boynton) disturbs her reminiscence and Helga reluctantly reveals that Emily has a great-grandmother close to death in Vienna (more flashbacks). Schneider’s 40-something daughter Beth (Jodhi May) then arrives, but Helga is in no mood to join them for dinner.

Later, Beth and Emily provide us with an expository conversation about how they were kept in the dark. ‘Now she’s going to Vienna on her own and I’ll be sitting here worried about what’s going on,’ Beth complains, although many 60-year-old German speaking women travel to Vienna on their own. Beth is clearly worried about the emotional impact of the journey, but neither Beth nor Emily knows the half of it. In any event, it is Emily who orchestrates a trip to Vienna with her grandmother with whom she has a close relationship. Beth, we learn, does not, and resents being left out of the loop. Later, Beth accuses her mother of never having shown her affection, but this relationship, no doubt related to Helga’s own trauma, is never developed.

In Vienna, Emily spots a handsome pin-up named Serge (Stanley Weber) who works in the restaurant directly opposite their hotel and he spots her. Conveniently separated from his wife, dishy Serge even more conveniently speaks perfect English. This is just as well as his purpose in the film is to provide a bit of romance, and hope while Helga confronts her despicable, hopelessly unrepentant mother Traudi (Karin Bertling) in a well-appointed nursing home. Juliet Stevenson and Lucy Boynton in Let Me Go

Once the senile Traudi accepts that Helga is her daughter, she starts talking and we learn that she abandoned her family to become an SS Guard. Traudi sadistically revels in the opportunity to reminisce about her work in Sachsenhausen, Ravensbrück and Auschwitz-Birkenau. She brags that her hard work was rewarded with lots of food – while her own daughter was starving.
Helga listens in horror as Traudi describes her job tying down prisoners to tables for important medical experiments by ‘outstanding’ doctors. She then asks Helga to kiss her and call her mother and Helga reluctantly complies in order to learn more.

While we can imagine (and one has to imagine) Helga’s emotional trauma, it is frustrating to watch Helga give Traudi the satisfaction of calling her mother and kissing her. This is particularly the case when, as Emily (and the audience) discover, Helga had met her mother years before as an adult and learned the truth. You wonder why Helga returned, if not to spit on the woman and storm out.

The confusion is that Steele has to omit much of Helga’s motivation for time constraints, and she seems to be combining Helga’s first visit to her mother in 1971, with this second visit over 25 years later. Helga’s father and frosty stepmother never spoke of Traudi or the real reason why she left and no one knew of her whereabouts. A mother herself in 1971 and subjected to a nasty Italian mother-in-law, Helga wanted to find her own mother. When her husband could not accompany her, Helga took her son (note, no daughter or granddaughter). Helga’s disgust with her mother’s fond memories of life as an SS Guard in death camps and Traudi’s attempts to indoctrinate Helga (the SS uniform incident is factual, only it was Helga who was encouraged to try it on, not the fictitious Emily), left Helga determined never to see her mother again. This disgust was reinforced when Helga (not mentioned in the film) stopped by the Simon Wiesenthal Centre to learn more about her mother – a war criminal with a prison sentence. Though you would expect a daughter confronted with such a past to take this initiative, it is not mentioned in the film.

By attempting to make Let Me Go a film about mothers and daughters, Steele fictionalises the film in a way that feels gratuitous and dilutes the intensity of the real story. Bertling gives a chilling and nuanced performance as Traudi and Stevenson plays Helga with appropriate emotional fragility. But the impact on her life of Helga’s own anti-Semitic upbringing (through her aunt, she met Hitler) is never explored. Helga’s continual insistence that her mother speak English is annoying and only serves to highlight the film’s language anomaly. Helga’s first two languages are German and Italian and we cannot imagine why she would expect a senile, nonagenarian German-speaker to speak English – a language that she probably never learned and certainly has not used in decades.

There is a devastating human story in Let Me Go, and you cannot help but reflect on the issues of abandonment and monster mothers. But the awkward script and lacklustre direction distance the audience from the full and intended impact of the shocking revelations.