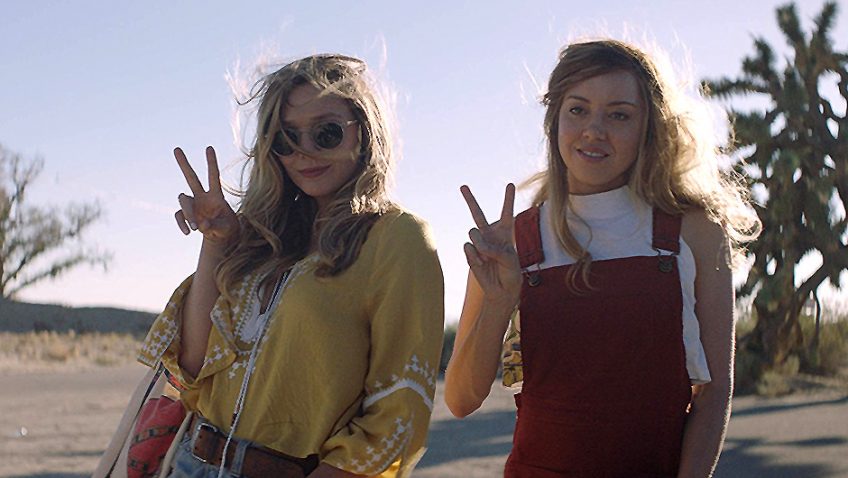 There is a book to be written about all the film plots that would not work if transported to the age of the mobile phone. Matt Spicer’s directorial feature debut, Ingrid Goes West, does not have that problem: here’s a film that could not have been made before the advent of Instagram in 2010. Like the sensational dark comic horror movie about race relations in America, Get Out earlier this year, Ingrid Goes West is an increasingly dark comedy that has at its heart a serious social issue. 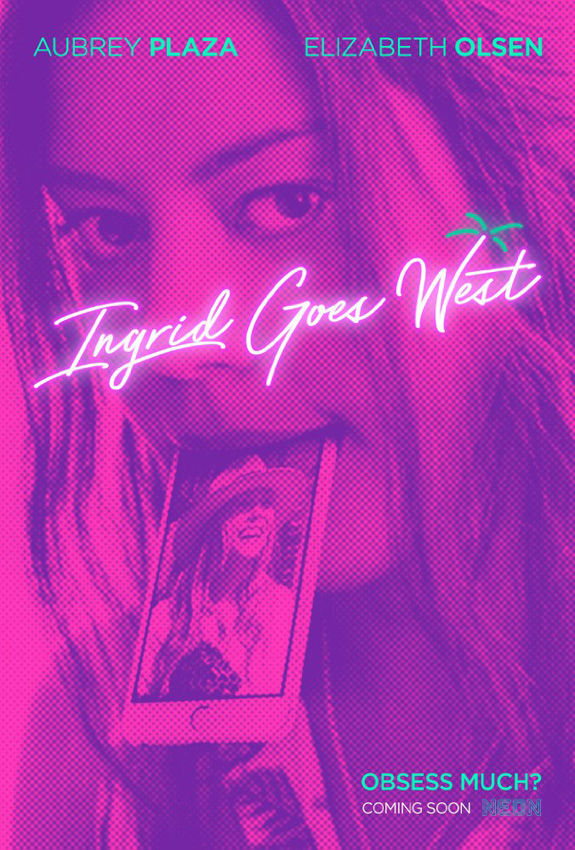 Ingrid is an antihero with a tragic flaw that Shakespeare could never have made up. She defines herself by ‘likes’ on social media and lives in a virtual world where she mistakes friendship for a kind comment made by a total stranger on a feed. If Spicer has nowhere to go with his story after the first hour, up until then it’s a hugely enjoyable, sharply observed and witty film, made entirely believable by the talented Aubrey Plaza, with wonderful supporting roles from Elizabeth Olsen and Billy Magnussen.

Spicer, writing with David Branson Smith, tells us all we need to know about Ingrid Thorburn, a single woman approaching 30, from letters she writes from a mental hospital and casual conversations after the event that put her there. Ingrid learns of her friend Charlotte’s (Meredith Hagner) wedding on social media and crashes the formal wedding party. After attacking the bride for not having invited her to the party, she ends up in a mental hospital. We later find out that Ingrid who was having difficulties adjusting to the death of her mother, with whom she lived, did not even know Charlotte. Charlotte had merely commented on one of Ingrid’s posts. For Ingrid – who must be the epitome of the lonely Millennial – that is enough on which to establish a firm friendship.

While Ingrid’s letter to Charlotte reveals a certain degree of repentance, for a social media addict, there is no respite, and Ingrid soon latches onto Taylor Sloane, after reading a lifestyle article about the popular social media influencer and her trendy home in ultra-cool Venice Beach, Los Angeles. Cashing in an inheritance of $60,000 she heads west, renting an apartment in close proximity to Taylor from Dan (O’Shea Jackson Jr.) a Batman obsessed single guy who is quite taken by this mysterious independent tenant.

The fact that Dan is the only real flesh and blood friend Ingrid has ever had goes unnoticed, as she has serious business to attend to regarding her social media idol. After methodically visiting Taylor’s publicised haunts (a warning to social media users) in the hope of securing a meeting, Ingrid resorts to stealing Taylor’s dog and then returning it. This act of charity impresses Taylor and her husband Ezra (Wyatt Russell), a bad aspiring painter who is forced to work a normal job, all the more when the stranger refuses a reward. The couple invite her for dinner and, when Ingrid, instant patron of the arts, offers a generous $1, 200 for one of Ezra’s paintings, she is catapulted to the ranks of Taylor Sloane’s best friend.

Spicer directs these scenes in a comic, but never light hearted manner, for underneath, like a ground tremor, we witness this stalker at work with a building tension. At the same time, Spicer and the talented Ms Plaza make Ingrid sympathetic enough that we do not want her to be found out.

If Ingrid’s stalking is harmless enough vis-a-vis Taylor, she loses our sympathy by taking advantage of Dan’s friendship, preferring the phoney and, as we see, far more fickle and fleeting friendship that she is enjoying with Taylor. The film gains depth and momentum when we learn that the lies are on both sides. Although Taylor balks at the suggestion, she has more in common with Ingrid than she cares to admit.

, Norman Mailer’s 1955 metaphorical roman in which the decadent court of Louis XIV is transformed into Palm Springs California in the mid 1950s. Later, after an argument with his wife, Ezra tells Ingrid that The Deer Park

is his favourite book and he doubts that Taylor has even read it.

When Taylor’s thuggish younger brother Nicky (Billy Magnussen) comes to visit, the dynamic of the relationship changes, and not just because Nicky’s new squeeze is a social media climber more popular than Taylor. Nicky can sense another psycho from a mile away, and sets out to expose Ingrid. Magnussen – a far cry from the handsome, singing prince in Rob Marshall’s Into the Woods – is a revelation. Watching him sink his teeth into this juicy role is a treat, but when Nicky begins to threaten Ingrid, the plot turns messier than it needs to, while Ingrid’s desperate measures to salvage her ‘friendship’ are dragged out longer than they need to be.

But the real mistake, one which all but undermines the point of the film, is the ending, in which it is the delusion of living one’s life on social media proves to be Ingrid’s salvation. Dan makes a barely credible return, but can this story have a happy ending.

Ingrid Goes West has, understandably, been dubbed the Single White Female for the social media generation. That 1992 psychological thriller about a predatory roommate who becomes obsessed with her landlady lacks the nuance and humour on which Ingrid Goes West depends. Ingrid is not a cold-blooded stalker, and Taylor is anything but an innocent victim. While the roommates in Single White Female our tropes of the psychological horror/thriller genre, Ingrid becomes a symbol of a generation that is losing the ability to form normal relationships or to function when the battery on their phone runs out.