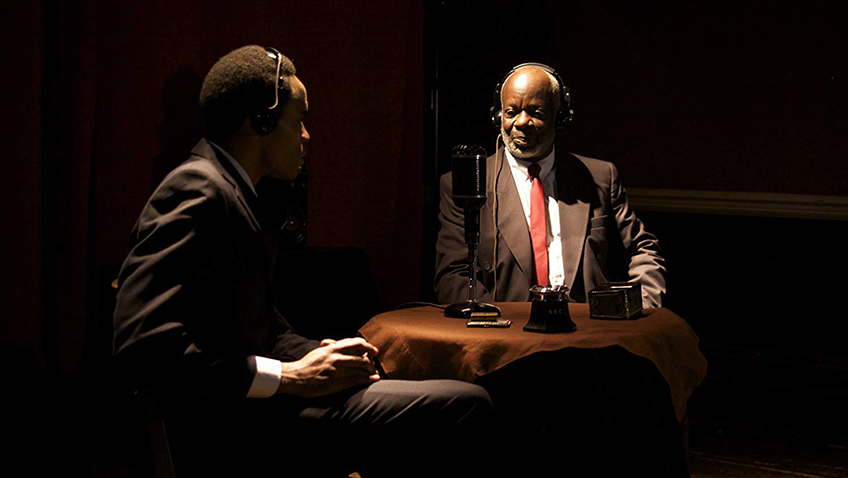 Imagine Forrest Gump as a Trinidadian member of Mensa; and then image a film that is not a sequel to Paramount’s 1994 blockbuster directed by Robert Zmeckis, but a biographical docu-drama, co-written, directed and produced by former BBC producer Frances-Anne Solomon. Set to coincide with Windrush Day, this partial portrait of one of the most remarkable men of the 20th century becomes an eye-opening history lesson for most of us whose knowledge of the tumultuous movement for African independence is not only negligible, but one-sided.

Ulric Cross’s self-confidence stemmed from his loving mother and from coming in first in the national exams to win a scholarship to secondary school. Born in Port of Spain, Trinidad in 1917, the second of nine children, Ulric stood out for his exceptional intelligence and compulsive reading. Although his early childhood was happy, when his mother died and his father abandoned the nine children to relatives, the 13-year-old-Ulric, “went off the rails” and lost the scholarship. While spending the next 8 years in a series of “dead end jobs” (copy editor, solicitor’s clerk, civil servant) he and his friends formed a book club, reading “everything”, including Mein Kampf

. The book prompted Ulric (played by the Trinidadian actor/singer-songwriter and visual artist Nickolai Salcedo) to enlist in 1941 “to drop bombs on Hitler.”

As a man of colour, Ulric’s services were not readily appreciated, and he was told he could not fly a plane. But two years later, Britain was losing the war and too many planes were missing their targets. As a navigator in a two-man team, Ulric (Britain’s first West Indian navigator) performed an astonishing 80 missions (Ulric, narrating, tells us that he never took leave) over occupied Europe and Germany in Mosquito fighter-bombers. The elite squadron’s success rate was attributed to a combination of precise navigation and dangerously low-level bombing. The bombs had a 10 second delay and so the plane would have to shoot back up to avoid the blast. Ulric was a member of the Pathfinder Force team that perfected this strategy. For his exceptional services, Ulric attained the rank of Squadron Leader and in 1944-45, was awarded the Distinguished Flying Cross and the Distinguished Service Order.

After proving himself the equal to white men in the RAF, Ulric returned to Trinidad to study law but was told that there were too many lawyers. Determined to study law, he joined the Windrush generation and headed back to the UK where he worked at the Colonial Office by day while studying  at night. He passed the bar after only 14 months of study in early 1949, but he could not find work. Race and age (26 is a mature student) remain barriers to pupillages and training contracts for law graduates. Apparently, Ulric returned to Trinidad for several years working and lecturing in law, but this is not made clear in the film.

In 1953 Ulric was hired as a Talks Producer for the BBC’s Caribbean Nights programme, interviewing Caribbean cultural figures from V.S. Naipaul to Kofi Mensah (Eric Kofi-Abrefa) and Trinidadian activist and historian CLR James (Joseph Marcell). During this period, he met Trinidadian George Padmore (Fraser James), a leading Pan Africanist, and writer. When Ulric tells Padmore that he is a BBC Talks Producer, Padmore replies, ‘you are a lawyer and we need good lawyers.’ By “we” he was referring to Pan Africanists preparing for Ghana’s independence from Britain. 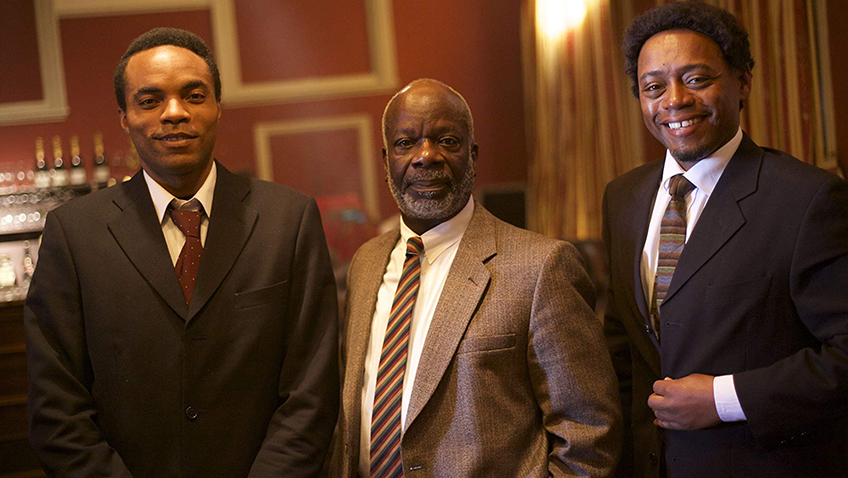 When questioned by Ulric about his identity, Padmore admits that he changed his name from Malcolm Nurse to protect his family as he was a member of the Communist party. In a tense scene later in the film, shortly after Padmore dies in Ghana of liver failure caused, it is rumoured, by poisoning, Ulric is stopped at the airport by a particularly frightening customs agent (Valerie Buhagiar) who seems to know a lot about him. She removes Padmore’s papers that Ulric was carrying and questions him about his own Communist involvement in Ghana.

Cross was still at the BBC in 1957, but after finding his flat ransacked and recognising the poisoned atmosphere in Britain with the influence of Oswald Moseley, he was finally persuaded to move to Ghana. His cold-hearted split with his white girlfriend Ann (Pippa Nixon) might have been to protect her, or make the pain of parting less painful, but Ann soon gets a job in Caracas, Venezuela where she and Ulric, who realised he needed Ann, begin corresponding. She later joins him in Africa where she helped establish a women’s health centre that bears her name. 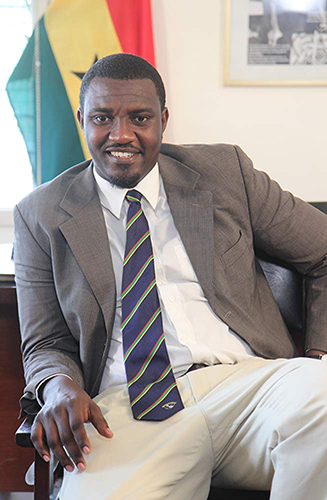 In the film’s second part, we follow Ulric Cross from Ghana, where he and Ghana’s first Prime Minister and President Kwame Nkrumah (Jimmy Akingbola), face the challenges of setting up an independent country after years of colonial rule. He attends a meeting with African leaders, including Patrice Lumumba (Adjetey Anang) to plan a utopian United States of Africa that runs into as many difficulties as do the individual countries. Ulric visits Congo but is dismayed to find how Belgium-backed forces were stymying Lumumba’s efforts to establish a functioning government.

In 1960 (although dates in this film are intermittent), Ulric begins a series of legal jobs in Cameroon as Senior Crown Counsel, Attorney General, Member of the Cabinet, and later Avocat General at the Federal Court of Justice for the fledgling country. His initial job was to integrate French and English laws. Ironically, as the country was short of lawyers for this huge task, Ulric flies to Trinidad and recruits eight of the countries finest. When Ulric decides that his work in Cameroon is finished, he and Ann move to Tanzania where he serves the government in law and teaches.

The film turns into a tale of intrigue and spies in its final third. Lumumba is abducted and murdered in 1961, a politically motivated assassination that can be traced to none other than Daphne Park, the “customs officer” at the airport and the clandestine senior controller in MI6 from 1943 to 1993. Ulric also realises that his so-called lifelong friend James “Pony” McFarlane (Peter Williams), who just happens to show up at pivotal moments, usually surrounding an assassination, is also a spy.

This ambitious docu-drama covers so much ground that we would benefit from some captions of unfamiliar names. And even with its impressive scope, Solomon omits Ulric’s impressive career in Trinidad after his African adventure. Nicola, the only one of Cross’s three children to appear in the film (although she is played by Jessica B. Hill) is apparently a filmmaker, and yet she admits that it is only when her father is dying (in an unnecessarily dramatised segment) that she becomes interested in his life. This is puzzling since she was apparently born in Africa, though never explained. Ann Cross, also appearing as herself, as the film’s only “talking head”, provides invaluable first-hand testimony.