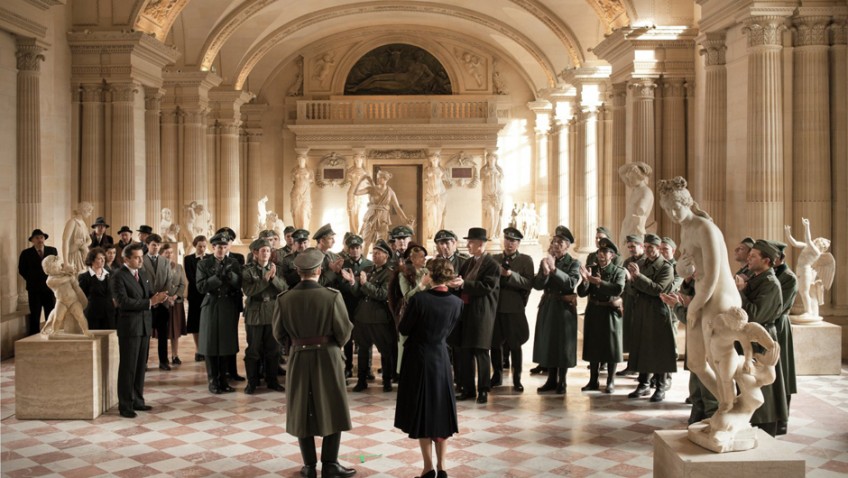 Russian director Alexander Sokurov, who showed us the Hermitage Museum in one unedited take in Russian Ark is not so much interested in the paintings a museum holds, as in the building itself.   If the Hermitage was associated with the Tsars, an overthrown provisional government and Lenin’s Bolshevik party, it has always been used to housed collections of art, primarily that of Catherine the Great. In his latest documentary, Sokurov turns to The Louvre Museum in the intermittently thought-provoking, fascinating and self-indulgent documentary Francofonia. 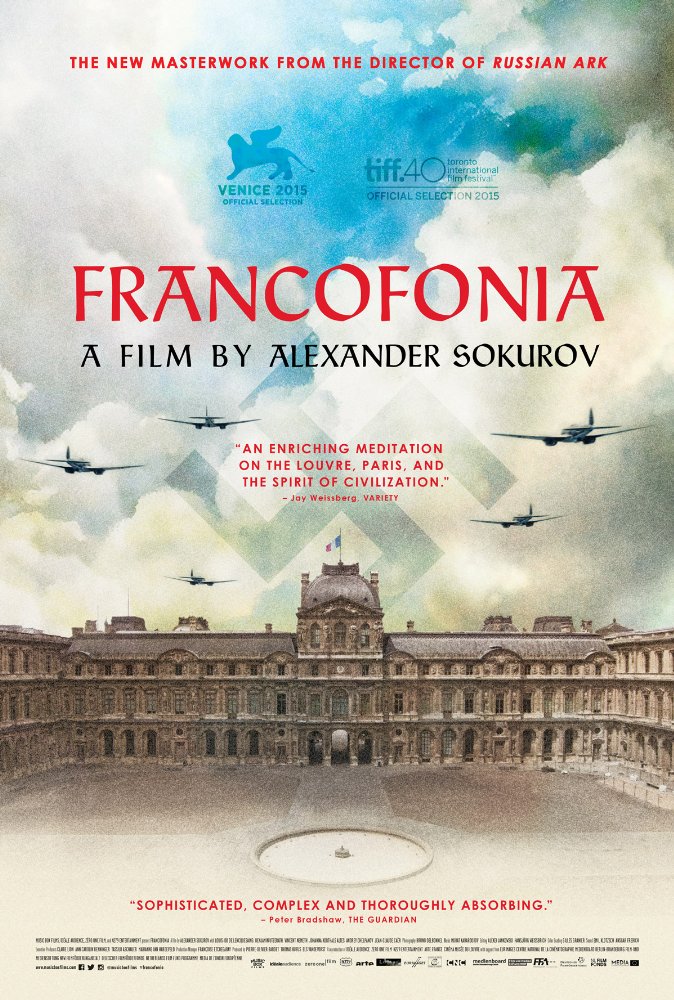 Sokurov is quick to point out that great palace’s military roots and associations, but first we have a seemingly spurious and confounding prologue in which Sokurov is trying to communicate with a man named Dirk on a tempest tossed ship. ‘Are museums really sending things out in shipping containers today,’ we hear over the telecommunication system.  There is talk about an orchestra recording (for the film?) and then we hear Dirk ask, ‘Have you finished your film? Sokurov replies, ‘Yes, but I don’t think it was successful.’

Sokurov is being hard on himself if he is referring to Francofonia. But given his reference to museums shipping art on dangerous seas, you would expect some reference to Peggy Guggenheim. In 1941, when the Germans were bombarding transatlantic Allied ships, she courageously travelled to Paris to purchase works from a list of recommended contemporary artists. She then travelled with them overseas to New York when the Louvre (then under the control of the Vichy Government) refused to safeguard them.

Despite this omission Sokurov is quick to point out the palace’s military associations. Originally built as a fortress in the medieval period it became a royal palace in the 16th century. When Louis XIV chose Versailles as his palace, he left the Louvre to house the Royal Collection. In 1793 the Louvre was opened to the public. Napoléon (whose ghost makes an appearance in the film along with Marianne, the statuesque symbol of Liberté, Fraternité and Egalité) kicked-started the new collection with the spoils of war, joining bounty pillaged from the Churches during the Revolution.

But Sokurov focuses on the German occupation and includes the story of two unsung heroes: German Count Franz Wolff-Metternich, a Francophile in charge of Kunstschutz (German for Art Protection, but a euphemism for Nazi looting, in violation of the Hague Convention) and the Louvre’s French director, Jacques Jaujard.  Their story has been told before, notably in a French documentary Illustre et Inconnu, but Jaujard, remains relatively unknown, even in France.

It was Jaujard who, ten days before the German invasion of Poland, acting on his own initiative, started began the secretive transporting of the Louvre’s paintings to the various Chateaux of France to protect them from the bombing and looting.  The Louvre was closed for 3 days ‘for repairs.’ Directing  a group of volunteers and staff Jaujard hid some 4,000 works in total, so that when Wolf-Metternich, Hitler’s emissary in charge of Kunstschutz, shows up for a tour of the Louvre a year later, he finds it empty save for some classical and medieval statues.

Sokurov recreates these scenes, including Jaujard’s ( Louis-Do de Lencquesain) frosty reception of Metternich (Benjamin Utzerath), and brings them alive, but he opts for narration over dialogue and his account of this great story is not as exciting or informative as it could be.  Jaujard noted in his diary that Metternich looked ‘relieved’ when the Louvre was empty.  It turns out, as Sokurov tells us, that Metternich was a Francophile and art scholar who, like Jaujard, wanted the paintings saved.   Eventually, Jaujard told Metternich about the Chateaux, and both men played dangerous double-games with the Vichy Government and the Wehrmacht.

Angered over the slow progress of Kunstschutz, Goring took charge (Sokurov does not bring in the fact that Jaujard appointed Rose Volland, played by Cate Blanchett in Monument Men). Metternich was punished by being sent back to Germany where he lived until the age of 85, but is now largely forgotten.  Jaujard was much decorated but died of a heart attack, age 65, and was soon also forgotten. He did ensure that Metternich was awarded The Legion D’Honneur for his part in slowing down Kunstschutz.

The film provides a montage of images of Paris under the occupation, starting with the question, ‘What is the Louvre when France has lost the War?’ and continuing with the anaphoral phrases, ‘When occupying forces stroll through the streets..When French industry is successfully working for the Wehrmacht…When thousands of French students have developed a new interest in the German language..?

Francofonia is part lament and part tribute to an iconic building. It was a symbol of what the Germans – and everyone else — loved about France, and Sokurov tells the story with some hauntingly beautiful images.  He nails down the shame of the massive capitulation and the Vichy Government on the one hand, and the heroism and patriotism of individuals like Jaujard and Metternich on the other.  Too often, however, his narrative and his camera jump from a well-observed and fascinating history  to more abstract and subjective ruminations that are far less compelling.  And we probably could have done without a jaunty Vincent Nemeth (Coco before Chanel) dressed up as Napoleon.