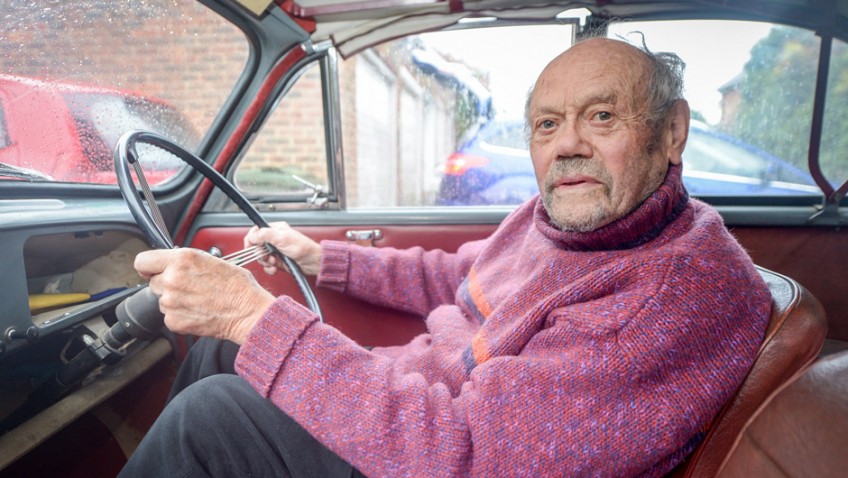 Morris Minor clocked up enough miles to reach the moon

A 96–year–old man has travelled the same distance as a trip to the MOON in his 57–year–old Morris Minor – which is still going strong.

Since then, he has driven it to every county in England, Wales and Scotland and stopping off at cathedrals in almost every city. 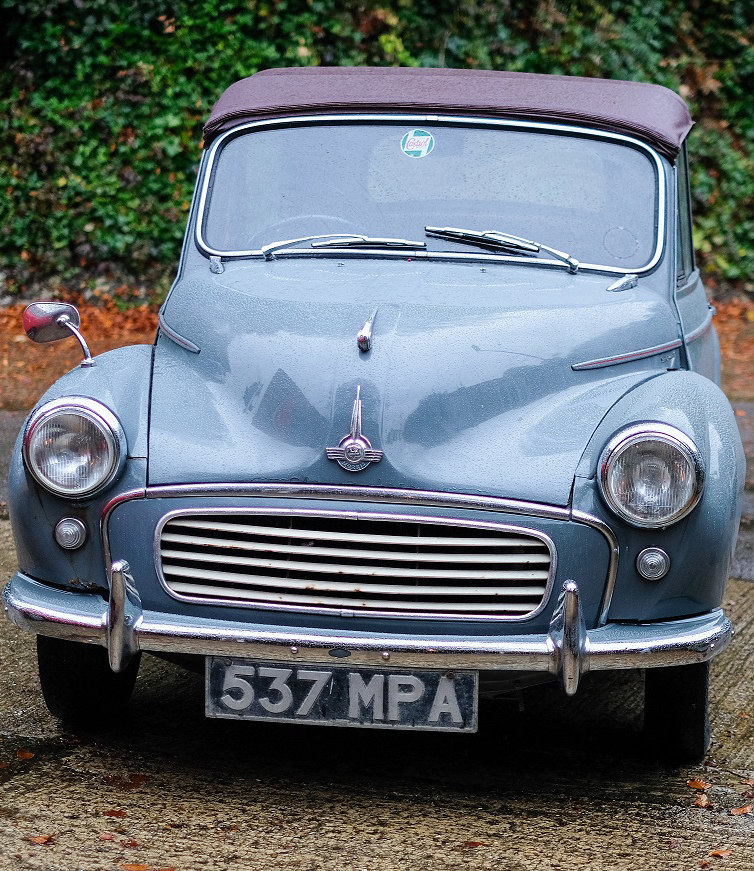 Mr Neve said the car – a convertible, blue 1000 Tourer Morris Minor – has never failed him, and he’s not broken down or crashed it in almost six decades.

He has also never had a parking ticket or been done for speeding, despite covering 232,815 miles and making the mileometer go right round twice.

This is nearly the same distance as travelling to the moon, which is 225,623 miles away from earth at its closest.

The pensioner, of Guildford, Surrey, said: “I bought the car new when I was 40 and I got it because I had a Morris Minor before and I liked them.

“Apart from this summer the hood has been down every year. I have been to the North, Scotland, the West, Wales, Cornwall, East Anglia – everywhere.

“I’ve been to all of Great Britain but never abroad. There is no need to take it abroad – I’m quite happy.”

Mr Neve, who always takes the scenic route, said he has had tons of good memories with the car – too many to pick a favourite.

He plans to sell the classic automobile – which has leather seats and no seatbelts or heater – in the near future due to his deteriorating vision and osteoarthritis.

But for now, he still gets behind the wheel a few times a week to drive into nearby Guildford town centre, Surrey, where he is a member of a fine arts society.

The sprightly nonagenarian, who has three nieces and eight godchildren, said: “I have driven in Scotland with the hood down, wearing overcoats and scarves.

“I’ve taken my nieces and godchildren out many times to the sea, bathing, and I used to enjoy visiting my niece in Plymouth. I know all the nice pubs to stop at and have a good lunch.

“I have visited many cathedrals too – most but not quite all, around 90 per cent.

“I’ve also climbed a lot of mountains in the Lake District and Brecon Beacons and left it at the bottom.”

He added: “The car has been very reliable. It has had one new engine about three or four years ago to replace the original 948cc but apart from that it is very reliable.

“It is quite a simple car on the dashboard. When I go into modern cars there is a whole array of things.

“There was never any need to buy a new one. This has lasted all these years and I couldn’t afford it anyway.

“I try to keep it in good condition. Over 25 years it doesn’t require an MOT but every year I give it a proper service at a garage.”

Mr Neve, who still drives short distances, said he plans to sell the car to a family friend in the near future.

He said: “I shall miss it but my eyesight isn’t too good so one or two of the family will be happy.”

The Morris Minor is a British car that debuted in 1948 and was designed under the leadership of Alec Issigonis, who went on to create the Mini.

More than 1.3 million of the cars were manufactured between 1948 and 1972 and the Morris Minor remains one of the most popular class family-sized cars.

Mr Neve’s car would originally have had a top speed of 72 miles, been able to accelerate from 0-60mph in 31.3 seconds and give 39 miles to the gallon.