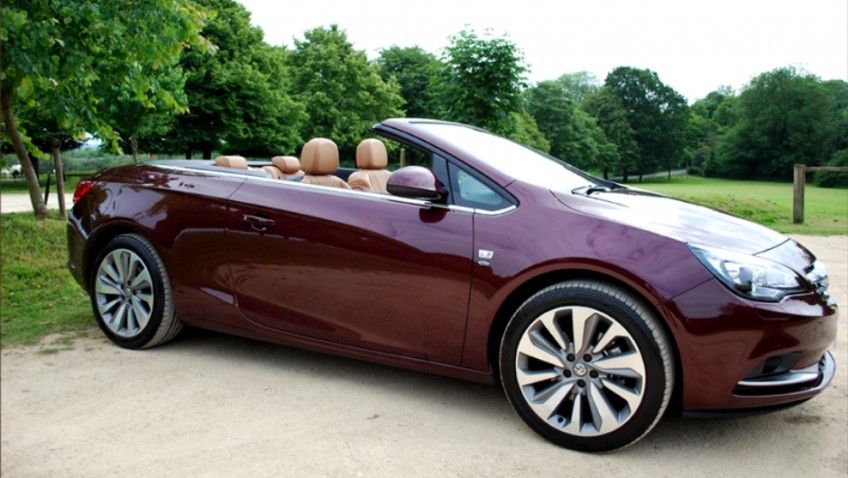 Spring’s Coming. Time for a convertible?

In the UK, alas, there’s no point in having a convertible when it rains. In balmier countries the open skies and fresh air are a boon but in the UK, it’s a chancier option. On the other hand, when a car is this good, a soft-top may well appeal for those days when the suns actually shines.

I was once asked my opinion by a potential soft-top buyer whose first thought was of a well known German offering that was hard to argue with. “Ah”, I opined, “but it only has two seats. How about a more family friendly option – the Vauxhall Cascada”?

Honestly, you’d have thought I had just suggested an ancient East German Trabant. Badge snobbery is alive and well, you’ll be dismayed to learn. The real-world fact is that Vauxhall make good cars these days and no longer should be out of the running simply because of some mistakes from the past.

No, it is not a premium brand but, in the case of the Cascada, the car has a premium feel. Although there are some company styling similarities, this is a new car from the ground up. The inside is spacious and refined. The leather sports seats are supremely adjustable and super-comfortable. I especially liked the pull-out seat squab for extra support beneath the thighs, something that older drivers may well appreciate.

The two passenger doors are wide and allow easy access thanks to the auto-operation of the front seats. Tilt the back rest and the seat glides forward. Push it back and it reverses. Easy.

The rest of the interior is well designed and made with little evidence of cheap materials and there is loads of kit – Sat-Nav, connectivity, climate control, heated leather steering wheel and plenty more – as standard.

The large, steeply raked windscreen and rising window line give the Cascada a purposeful stance. The fabric roof creates a low roofline, although the steeply raked back window means a somewhat narrow view in the rear view mirror.

Lower the hood and you get frameless windows and a flat rear deck not unlike the stern of a small motor boat – an apt simile. The hood packs itself neatly away in about twelve seconds up to speeds of 30mph. The roof stows very neatly into a recessed area which inevitably compromises the boot space although there’s still room for an overnight bag and some shopping.

With the roof in place the boot is deep and capacious although not the easiest to access. It’s a convertible – you can’t have it all ways.

Driving with the top down, the Cascada is pretty refined. As speeds increase so there is some wind buffeting, although front and rear wind deflectors are available. At main roads speeds there were some shrieks from the lady passengers regarding hair, make-up, insect strikes, the pollen count and so on which meant the hood had to be up on faster stretches.

Suggestions regarding the making of appropriate styling adjustments for open-top motoring were met with disparaging remarks about my general heritage so the hood stayed mostly in place.

The model featured is in Elite trim and drive comes from a 1.6L turbo petrol engine with 170PS. Inevitably, the car is heavy but the engine still delivers lively performance but is not the most economical choice.

Thinking about economy I rejected the ‘Sport’ mode button in favour of ‘Tour’ but still only achieved an average of 30mpg in mixed motoring. As a long distance tourer I would think that the optional 2.0L diesel engine would be a better choice. Handling is good thanks Vauxhall’s ‘HiPerStrut’ suspension but it’s not a sports car so don’t expect sharp cornering attributes. For me, the very lightly weighted power steering lacks feel although the ‘Sport’ mode weights it up a bit.

Overall though the Cascada has a composed and supple ride making long trips a pleasure. It is a poised and comfortable four-seat drop-top. It is quiet and spacious enough for everyday use whilst remaining a great long distance tourer with none of the boy-racer attributes associated with two-seaters.

None of the currently available versions cost over £30,000 (and often a lot less) which seems like value for money when compared with some so-called premium brand options. Get past the brand snobbery and you won’t be disappointed. Ah, the wind in your hair…