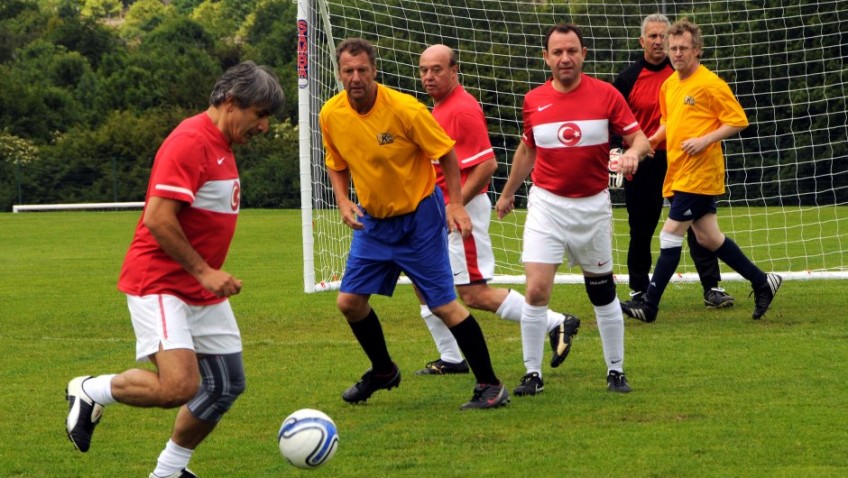 The new sporting craze of ‘Walking Football’ may enable people to continue playing football into their 60s and 70s while reaping a multitude of health benefits, according to Aston University researchers.

The sport was created in 2011 to help keep older players involved in football for longer and from hanging up their boots before they need to. The game has risen to prominence after featuring in an advert by Barclays Bank last year, with Walking Football clubs springing up around the UK. Games are played at a slower pace to reduce the threat of pain, discomfort and injury, with players briskly walking through matches.

Although it is known that regularly playing football has considerable health benefits, such as reducing the risk of cardiovascular disease and improving blood pressure, little research has been done into the impact of Walking Football, especially on older people.

Aston University researcher Peter Reddy, felt compelled to conduct a study into the sport to discover just how healthy it is. The investigation will assess two groups of men and women over the age of 48 playing Walking Football once a week for 12 weeks. Participants will be regularly assessed to measure changes in their postural balance, blood pressure and resting heart rate, cholesterol, blood sugar and bone density – all indicators of general good health.

The study will also look into the psychological advantages of playing Walking Football. Recent research into older males exposed to lifelong football found they had high levels of ‘flow’ while playing football – a state of psychological reward and satisfaction. They also reported low levels of stress and exertion while playing, despite working hard. Peter hopes to see similarly positive results in his investigation.

Peter, a Reader in Psychology, said: “Football is a fantastically good way of staying fit and healthy. Studies have shown it can be effective in the treatment of mild to moderate hypertension and that it can produce high aerobic activity with marked improvements in fat oxidation and aerobic power. Most people who play the sport, at amateur and professional levels, give it up in their late 30s but there’s no reason not to enjoy the beautiful game until well into your 60s and even 70s.

“We hope this study will establish that Walking Football has health benefits on proportionally similar lines to regular football and that older adults can happily play every week without pain or discomfort. If the data is positive, it will form a basis for local and national charities and authorities to set up and support local Walking Football groups. We want to ensure people are healthy for longer – and that they can enjoy a kickabout at any age.”

In the context of an ageing society, rising levels of obesity and the growing incident of late onset diabetes, it is thought Walking Football has the potential to make a significant impact.

In the UK around 22% of men die before the age of 65, compared to 13% of women. Although physically active men have a 20 – 30% reduced risk of premature death and 50% less chronic disease, by the age of 55-64 only 32% of men say they take the recommended half hour of exercise five times a week.

Peter is currently looking for men and women over the age of 48 to participate in the study.