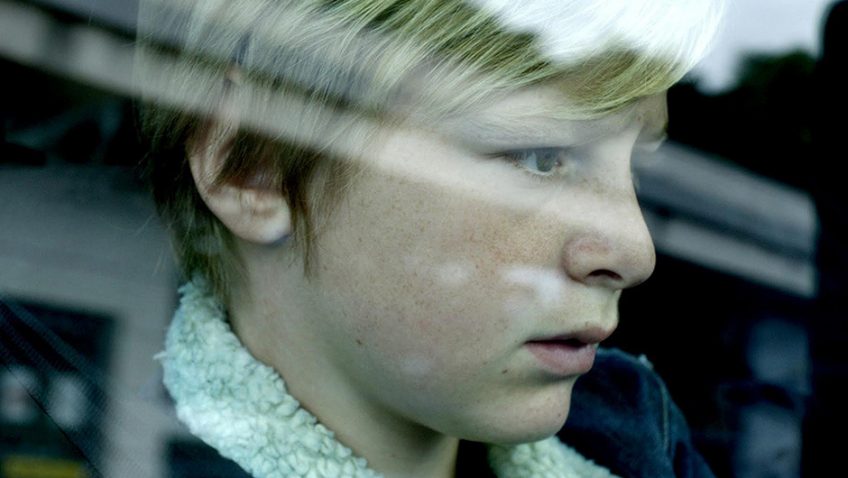 Actor-turned-writer/director Xavier Legrand made his first feature at 38, but he is less of a late starter than a slow burner. The same can be said of his riveting thriller, Custody in which a familiar subject – a custody battle between a divorced couple – is turned into a nail biting genre movie.

In 2012, five years before making Custody, Legrand made the Academy Award-nominated short film, Just Before Losing Everything, about an abused mother, her two frightened children and their controlling, jealous father. Three of the four main characters in that film return in Custody, the fourth being the younger son Julien (now played by the excellent Thomas Gioria). 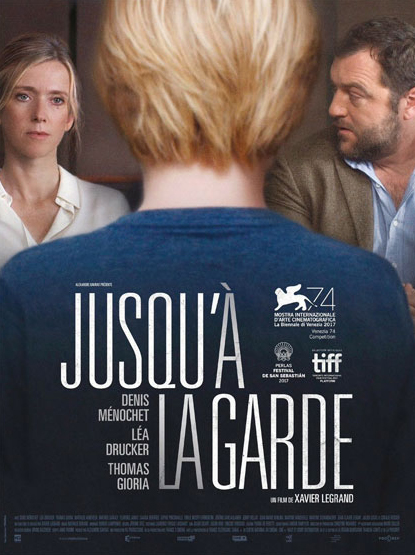 You might think it advantageous to have seen the short, but Custody works very well as a stand-alone. That might be because the first character in the film is the family court judge (Saadia Bentaïeb) about to go downstairs and make a balanced, objective judgment, with, like us, no prior knowledge of the couple’s marital relationship. Like the judge, we listen to the presentations and evidence of the solicitor of Miriam Besson (Léa Drucker) and the solicitor of Antoine Besson (Denis Ménochet) with a few comments from Miriam, looking rigid and withdrawn, and from Antoine, big, burly, and controlling his emotions behind darting eyes.

The short film will prejudice the viewer against Antoine. Supporters of Fathers for Justice or those who recognise Ménochet from his role as Perrier LaPadite, the courageous farmer who harbours Jews in Nazi occupied France in Inglorious Basterds, might approach the custody meeting with a more open mind.

Not to be confused with James Lapine’s 2016 American Courtroom drama of the same title, Custody nonetheless begins in a cinema verité style with the family law judge presiding over a hearing on visitation rights. That the judge, fading in and out of the opening credits, is the first image we have is significant for all that follows is a result of her ill informed decision and desire not to make decisions on gut feeling.

Miriam’s lawyer reads out a statement from their 12-year-old son, Julien (Thomas Gioria) who does not want see his father again and states that he is afraid for his mother. Their 18-year-old daughter, Joséphine (Mathilde Auneveux) can decide for herself, although she wants nothing to do with her father. Miriam, who is the process of moving and wishes her new location to remain unknown to Antoine, claims domestic abuse.

Antoine’s well-spoken lawyer argues that Miriam is using the children to get back at her husband and suggests that the abuse claims are not substantiated. She reads testimonies from Antoine’s colleagues about how sober and even tempered he is which are meaningless because a controlling, irrationally jealous man can act completely differently with his wife than with colleagues. Asserting her client’s right to see his children, the judge promises them a decision in due course.
We do not hear the judge’s decision but when Antoine shows up at Julien’s maternal grandparents to collect Julien we know she has given him the benefit of the doubt.

Miriam tells Antoine over the phone that Julien is sick. Antoine isn’t buying it and orders the boy to come outside or he will complain to the judge. When Julien finally emerges he refuses to speak to his father. Despite having told the judge that he wants to be a part of his son’s life, it is immediately obvious that Antoine is only interested in Julien as a way of getting through to Miriam.

Instead of doing something fun with Julien, Antoine drags him to lunch at Antoine’s parents (who barely talk to Julien) and Julien barely eats. Antoine sits in front of the television after lunch. Later, we see him fishing through Julien’s school bag for Miriam’s mobile telephone number – the phone that Julien claims she does not have. Antoine later tortures the poor kid about this lie when he calls Miriam from the car.

If anyone in the audience might still be giving Antoine the benefit of the doubt, they won’t after the father and son pay a second visit to the paternal grandparents. When Antoine suspects that Miriam is living in a secret location with a boyfriend, he loses his temper at the table, prompting his father (a small, but heroic performance from Jean-Marie Winling) to shout, ‘why must you always do this, Antoine? It’s no surprise that your kids won’t see you.’ He then proceeds to dump Antoine’s belongings – he has been living with his parents – on the front lawn.

During this miserable visitation charade we sense Julien’s distress as Antoine pumps him for information like a prosecutor at a murder trial. ‘You’re as big a liar as your mother’, Antoine screams at the boy in one scene. Julien tries not to divulge the whereabouts of their new flat telling his father, ‘I don’t want you to hit mother. ’. As they sit in Antoine’s car, Julien as Antoine grabs the keys out of Julien’s satchel.

Legrand shows us the repercussions of the domestic violence that children live with in a way which always rings true. Julien, he explains in the production notes, is, as the youngest, the centre of the conflict. Such children either reproduce the violence they experience or witness, or they develop a syndrome of hypervigilance to permanently counter it. The burden of countering violence from his own father, backed by the authority of the court, is heavy on a young boy and the remarkable first time actor Thomas Gioria expresses every nuance of emotion pitch perfectly.

Joséphine’s solution is to flee the conflict and have her own family. She is skipping school to be with a musician with whom she sings in a band, and, like her mother, narrows her options with this impulsive, but liberating relationship. Legrand shoots a pregnancy test scene under the door of a public toilet where we see only Joséphine’s legs and feet and the discarded test tube.

Legrand hits his stride in the final quarter of the film which is so suspenseful that your heart will be pounding as hard as Julien’s. The family drama becomes a brilliant thriller. Legrand balance the terror with a lovely sequence in which a single, old lady from across the hall, with whom Miriam has exchanged cold, defensive glances, knowingly dials the police.