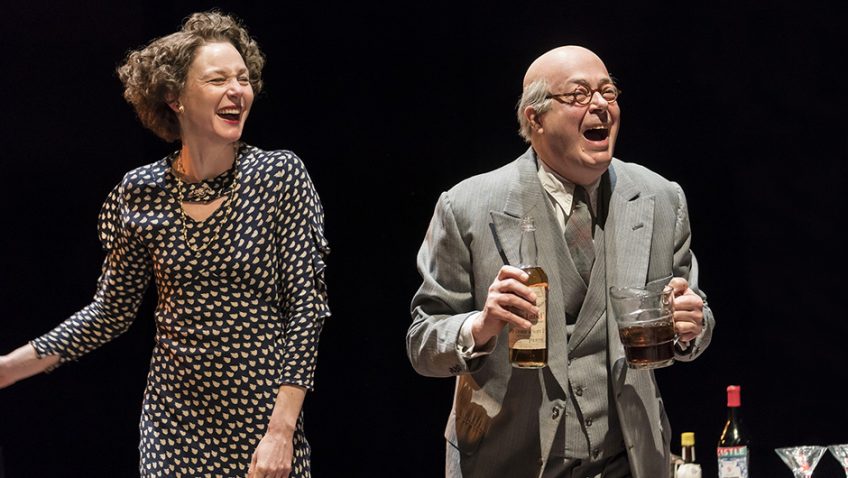 David Hare’s play about Glyndebourne and its founder John Christie was originally seen at Hampstead Theatre in 2015.

Headed by Roger Allam and Nancy Carroll, directed by Jeremy Herrin and designed by Bob Crowley, it has finally got its well-deserved transfer to the West End. 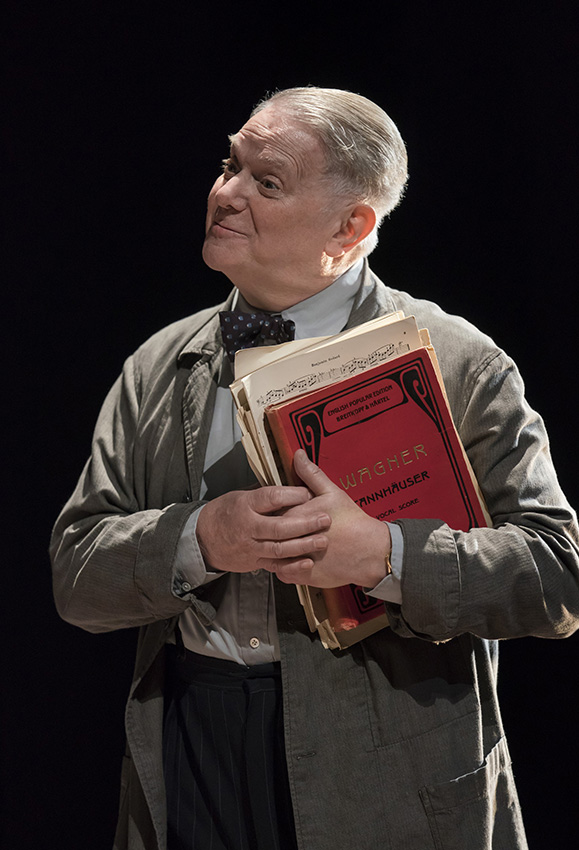 Paul Jesson in The Moderate Soprano

John Christie wanted to make English music better. “I want,” he said, “to give my country a model of perfection. My country needs cheering up. I’m the man to do it.”

Christie, ambitious, passionate, eccentric and very rich, had the dream. It was his beautiful wife, who made it practical. He was 48 and she 30 when they married.

Glyndebourne opened in 1934. The building was totally wrong, being too small, too cramped to cope with a large orchestra and there was no place to hang scenery.

Glyndebourne, nevertheless, still managed to set standards in a way which had never been seen in Britain before.

The paradox was that this most British of institutions was created by three German refugees: conductor Dr Fritz Busch, director Professor Carl Ebert and impresario Rudolf Bing.

Christie ran it financially. But they ran it artistically. He wanted to stage Wagner and Parsifal in particular. They decided Mozart would be better box-office.

“I know Mozart is a genius,” said Christie, “but is he any good?”

Christie believed in democracy but only if he was in charge. He also believed audiences should be prepared to pay high prices for opera.

David Hare’s play will appeal not only to Glyndebourne audiences but also to any audience who enjoys a witty script. The bonus here is that the wit is delivered by Roger Allam, who is excellent as Christie.

Nancy Carroll is well cast as his wife, the moderate soprano, and so is Paul Jesson as Fritz Busch who gives a vivid account of what happened to him in Nazi Germany.

There is also admirable support from Anthony Calf as Carl Ebert and Jacob Fortune-Lloyd.