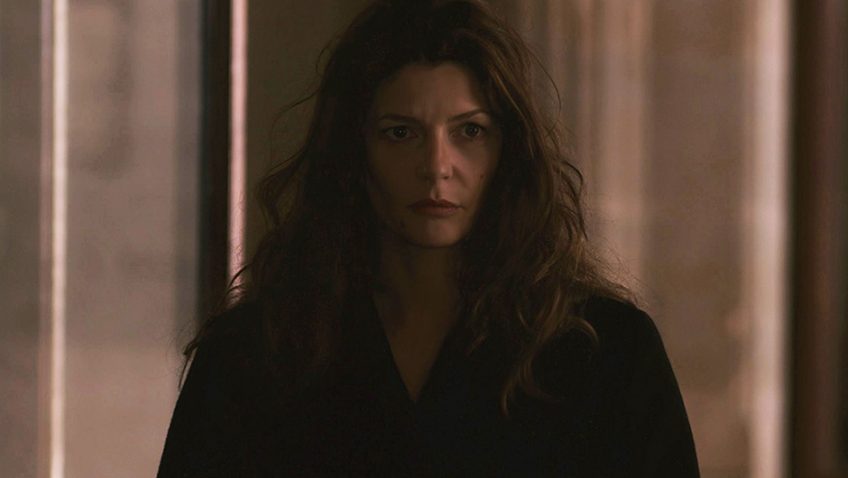 Claire Denis was never going to give us a Valentine’s Day film, but Bastards

, her most recent grim and gritty take on French life, succeeds in alienating viewers just when they found 35 Shots of Rum sufficiently audience-friendly to warrant another go.

Although the theme of African colonialism that dominates much of the 65-year-old Denis’s work is faint here, the theme of domination is strong as ever. Typically, bad men dominate vulnerable women.  But a good man’s sense of outrage can also dominate his own better instincts.

Denis’s main character, played by French star Vincent Lindon, is another in her pantheon of strong, tough, sexy men, albeit a bit older (and white). He, too, is associated with the sea (think Beau Travail), employed as a respected and well-paid super tanker captain.

Denis says she was inspired by Kurosawa’s film, literally entitled, “Bastards sleep peacefully”, and by Kurosawa’s heroes, such as Toshiro Mifune, who are both hero and victim, caught up in circumstances beyond their control.

Captain Marco Silvestri fits the bill.  Happy to be away at sea, Marco is called back to Paris to deal with the catastrophe that his is family. His needy sister Sandra‘s (Julie Bataille) husband has killed himself; the family shoe business they inherited has gone bankrupt and Sandra’s daughter, Justine (Lola Créton), is wandering around naked and drugged.  It gets worse.

Convinced by Sandra that his niece is in the clutches of businessman/child pornographer Edouard Laporte (Michel Subor), Marco moves into an expensive, empty flat above Laporte’s, and begins a dangerous relationship with Laporte’s beautiful, lonely partner (Chiara Mastroianni).

Denis seems more interested in sensationalising the sordid nature of these two intertwined families than in telling a story. Lindon is a top-notch actor, but the effort he puts into this part seems overkill. When we watch Marco pawning his watch and selling his car to help his sister, you wonder why he felt this would be the best solution.

When vicious revenge overwhelms him (if the police are contacted, I missed it), you wonder how a rational, responsible captain could act so irrationally.  The story seems determined to send a good man spinning round a downward spiral: melodramatic? Yes. Enjoyable? No.

Denis and her co-writer Jean-Pol Fargeau attempt to fill some void in the plot by confusing us – or so it seems.  For a long time it’s a struggle to figure out who is who and what is going on. Then, once you’ve figured out what the characters are doing, you start wondering why.