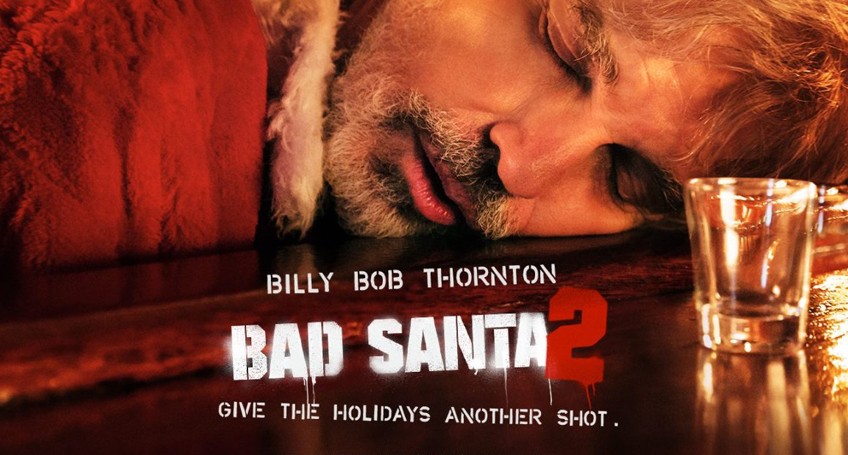 There was a time when we were cynical about millions of people celebrating a man’s birthday two months before he was born; or about billions of pounds being spent on birthday gifts that this spiritual man wouldn’t want even if they were intended him.  Tony Blair was in office with his equal rights for some, pseudo liberal agenda and obsession with Bright Young Things in the art world.  We hadn’t heard of ISIS and Donald Trump was just a womanizing narcissist, property tycoon whom we could happily ignore.  If you couldn’t get a few good belly laughs out of the crass conduct, foul language and politically incorrect jokes in a film about a self-serving Santa Claus what hope was there?  In 2003 Terry Zwigoff, who directed two good features, Ghost World and Crumb, gave us hope in the form of a funny, dysfunctional buddy movie called Bad Santa. 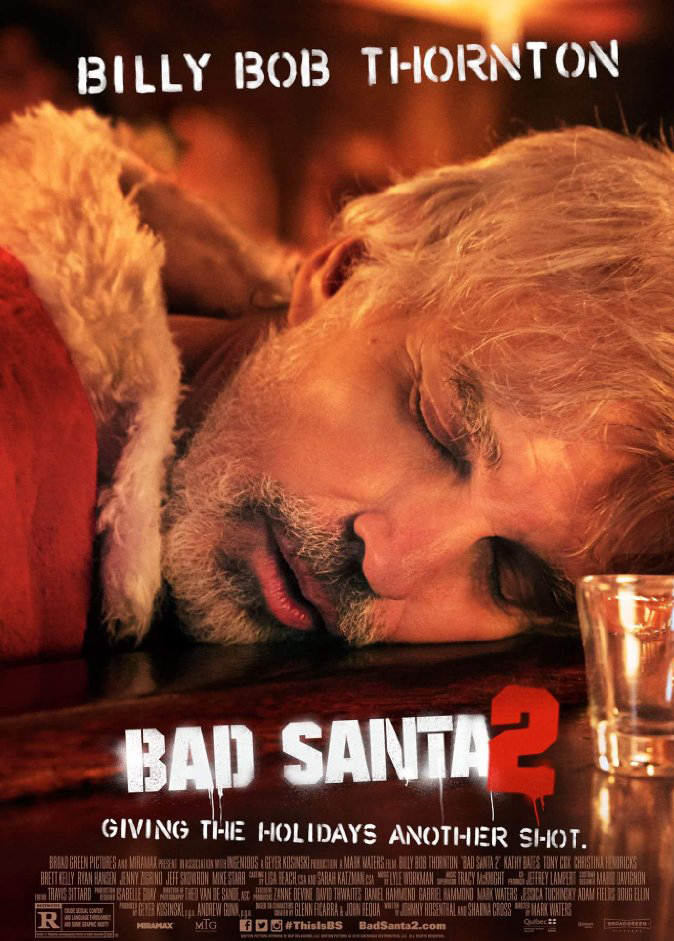 Now if you want politically incorrect insults, lewd, sexist conduct, selfish men acting like children and all things cynical you just have to look to those running the world, or about to. The Santas in Bad Santa 2 are now part of the establishment rather than drop outs from a materialistic, smug society that had taken its eye off the ball.

In Bad Santa 2 Terry Zwigoff has been replaced by Mark Waters (Mr Popper’s Penguins, Ghosts of Girlfriends Past), but Billy Bob Thornton reprises his role as one of the biggest losers to earn the label.  Willie is now much older but he hasn’t learned anything.  He is still a sex-addicted, alcoholic safe-cracker who steals from Christmas charities dressed up as Santa Claus. Did I mention he hates kids?   Also returning from Bad Santa is Tony Cox as Marcus, Willie’s height challenged accomplice who is the bunt of so many politically incorrect jokes that it’s like listening to a broken record. Brett Kelly, the corpulent, kind-hearted ten-year-old orphan with blond, curly hair and a sieve for a brain also returns as Thurman Merman.  The problem is, what was cute and funny in a ten-year-old (fortunately there were no paedophilia jokes), is creepy and worrying in a peroxide blond 21-year-old.  Merman still cannot bear to be separated from his personal Santa, and, dressed in a short sleeve top, follows Willie to a freezing cold Chicago to be with him for Christmas.

Willie is, naturally, not in Chicago to celebrate Christmas. He and Marcus are there to rob what turns out to be a corrupt Children’s Charity run by philanthropist Diane (Christina Hendricks) and her dishonest, two-timing husband Regent Hasting (Ryan Hansen) who is siphoning off 98% of the money given to the Charity’s Santas.   Willie does not need much coaxing from Marcus to do the job, despite Marcus’s treachery in the last job they did together, but he balks when he discovers that his estranged mother Sunny (Kathy Bates) is in on the job. Both Marcus and Sunny appeal to the laid-back Willie to double-cross the other and divide the proceeds between two.  There is, of course, no honour among thieves. 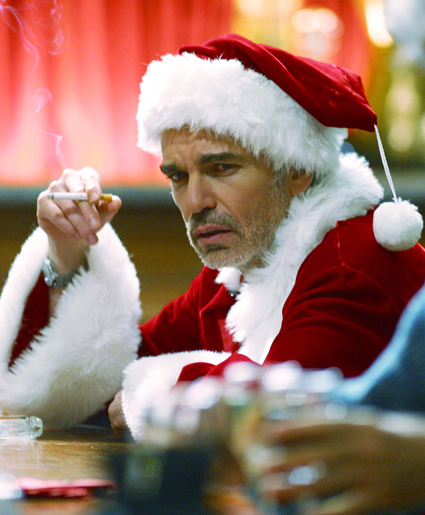 In one of the silliest plot twists, the saintly Diane turns out to be a recovering alcoholic who not only insists Willie accompany her to meetings to keep his job, but also something of a nymphomaniac.  Bad as Willie is, he is deemed better than Regent, and you just know that the plans of both men will be thwarted. There is a parallel and equally distasteful subplot in which Marcus volunteers to use his manly charms to unsuccessfully steal the vault keys from a buxom guard (Jenny Zigrino) tall and large enough to crush him.

This is the familiar, uninspired plot.  Since we know the plot is not the thing, we have to look to the jokes to keep us entertained, but, with the exception of a few funny gags early on (in a suicide attempt, Willie sticks his head in an electric oven) there are few laughs to be had.  There is such a thing as bad taste in a movie for which bad taste is a selling point, and that occurs when Willie punches his mother.  She may be evil personified, but it is still a shocking moment.

The successful writing team who created the concept of Bad Santa and the characters, Glenn Ficarra and John Requa, are credited as creators, but have handed over the writing duties to Shauna Cross and Johnny Rosenthal with dire consequences.  Or maybe it’s just that we have all the nastiness we can take on television and the news these days.