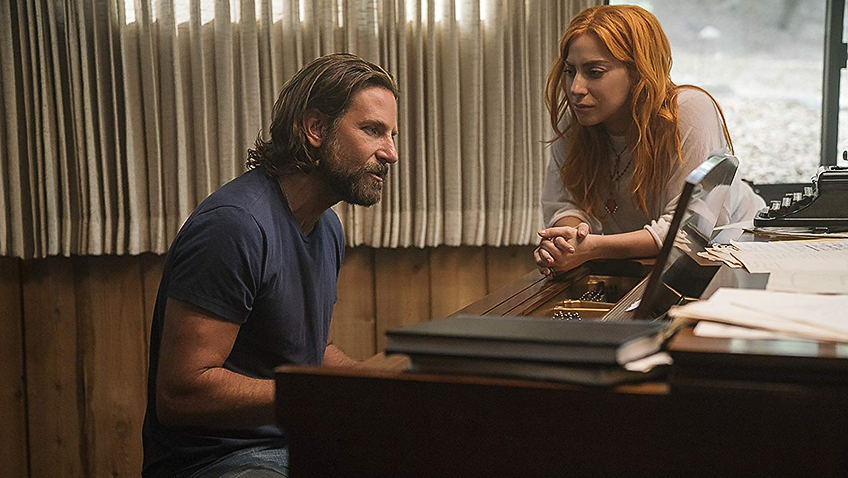 A Star is Born

is one of the few stories that can bear the burden of multiple remakes. Actor Bradley Cooper’s impressive directorial debut is the fourth since William Wellman’s 1937 original starring Janet Gaynor and Frederick March. Wellman’s Esther and Norman Maine were two actors in the studio system, like a reverse Sunset Boulevard, but something was needed if there were to be a remake. Seventeen years later, in George Cukor’s compelling, six-times Academy Award remake, the ingénue became a singer (Judy Garland) although the mentor/husband (James Mason) remained a matinee idol with the names Esther and Norman Maine carried over from the original.

That necessary something was singing, and the 1954 album has never been out of circulation. It’s safe to predict that the album

of Cooper’s A Star is Born

, with songs that reflect that enrich and foreshadow the plot and illuminate the emotions of the characters, will be flying off the shelves in the near future.

Two decades later, in 1976, two famous singer/song writers, Barbra Streisand (still called Esther) and Kris Kristofferson became the Howards, but the story was the same. An alcoholic star on the wane falls for a raw talent and uses his name and contacts to give her a platform. She rapidly eclipses him and, as she becomes the breadwinner her success hastens his self-destructive decline.

It took 42 years for a remake, but with the appealing Bradley Cooper (American Hustle, Limitless, The Hangover) making a convincing veteran country/pop singer/songwriter, the surprise pairing of Lady Gaga as his discovery and the surname Maine reinstated, there is something old, new, borrowed and blue. And there are some 100 minutes of fresh, exciting and sexy entertainment. The last 35 minutes are a bit of a let-down as the thinness of the story becomes apparent.

Cooper’s voice training pays off and he is transformed into Jackson Maine, a hybrid country/rock singer playing to a huge, enthusiastic sell-out crowd after imbibing a few too many swigs and a handful of pills. After the show he heads for a bar, but is too wasted and flattered with adoration to realise what kind of bar it is. A kind of Sally Bowles character is doing a dramatic rendition of La Vie on Rose, Liza Minnelli style, and the drag audience applauds when she hits the high notes and lies across the table with her big voice and fake eyebrows. Jackson is captivated and one of the ‘girls’ ushers him back stage. A flustered Ally, whose day job is in catering, knows who he is, but not why this star is flirting with her in her dressing room. 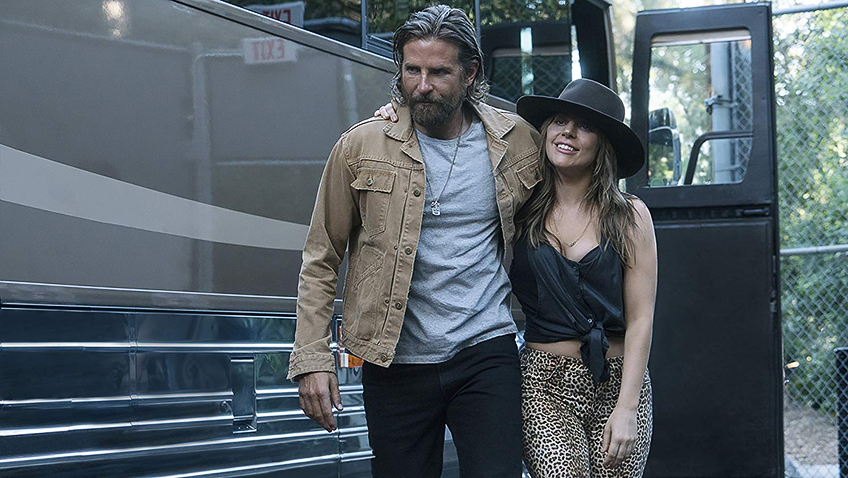 Bradley Cooper and Lady Gaga in A Star Is Born

When Ally accepts his invitation for a drink, they talk about her career. She tells Jackson that she writes her own songs but her nose is too long to be a success on stage. He denies it and says she is beautiful. They discuss their childhoods. Jackson (mother died in childbirth, farm worker father died young as well) was raised by a much older brother, Bobby (Sam Elliott), who is his manager and personal assistant, putting him to bed at night when he is too drunk to stand up.

The script, by Eric Roth, Cooper and Will Fetters, tries to add a dimension to Jackson’s character with this back story, which becomes confusing as we hear it second hand through dialogue. There is something about Jackson stealing Bobby’s voice and being too proud to sing his songs, And then, in the same confrontational scene Jackson and Bobby part ways after Jackson discovers that Bobby sold their (apparently worthless) farm to wind farmers. Bobby vents his resentment for years of service but the origins of Jackson self-destructive nature is not entirely convincing.

Where the trio get the script just right is in the build up to the impulsive marriage (although curiously, Ally’s parents are not notified let alone invited) with a script that is natural and irresistibly romantic. As they sit in an empty car park and talk, Ally burst out with a song she wrote. Jackson smiles that he will keep her secret, before warning her he’s not very good at keeping secrets.

After her boss yells at her for being late again, Ally, who we know rebels against authority, changes her mind about attending Jackson’s out of town gig. She had originally turned away the chauffeur who Jackson sends, citing her work commitment, but now she and a friend from work find themselves on a private jet. Even more romantic is the moment Jackson invites a petrified Ally on stage, warning her that if she doesn’t sing the song she wrote, he will, as he has learnt it.

After the performance, everyone is asking about the mystery woman who has captured the rugged singer’s heart, while record executives are watching the numbers of people who tuned in to the televised concert. 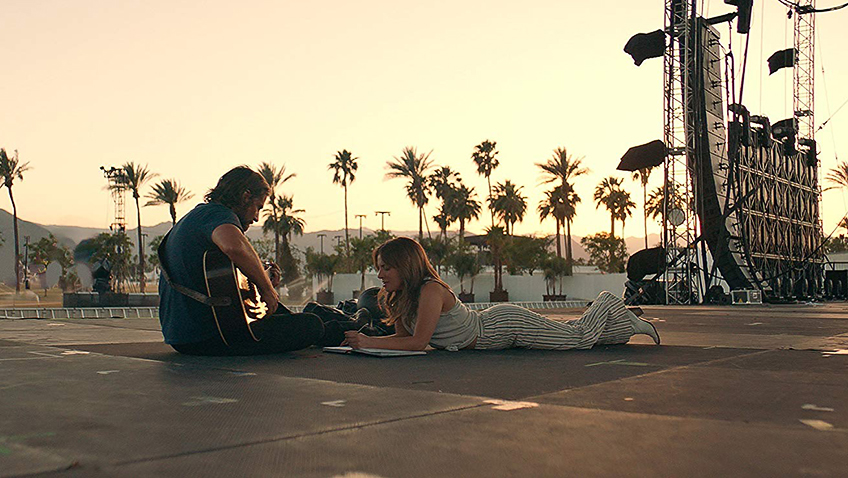 Bradley Cooper and Lady Gaga in A Star Is Born

The chemistry between Cooper and Lady Gaga is terrific, but who knew? This is one of the least likely to succeed pairings imaginable, and it works. For those who have been put off Lady Gaga by her clothes and silly name, her acting, which does not seem to be acting at all, is a revelation and her voice range and versatility is impressive. She knows how to play ingénue and how to play a big star, and her transformation from mousey brunette in a cropped T-shirt into a red-headed, sequin wearing star as she acquires a big time manager, Rez (Rafi Gavron), is well done.

The scene at the Grammy Awards where Jackson humiliates them both and ruins Ally’s moment of glory is straight out of the Judy Garland version, but that version felt more like a saga. It is not just the time difference – 182 minutes to the already long 135 minutes – that is the problem. Jackson’s fall is too rapid and inevitable. Was it something from his childhood; jealousy or was it his sacrificial love for Ally? Was Ally sensitive enough to what was happening as she is conquering the world and he is relegated to a back up guitarist for a young upstart? It’s all a bit inevitable as though the actors know what fate holds in store, particularly when Cooper never shows signs of wear in tear; retaining his physique, and those clear, bright blue eyes.

What is more satisfying is how well the music, co-written by Cooper, Lady Gaga and their collaborator, Lukas Nelson (Willy Nelson’s son) is integrated into the story. It begins with Cooper singing Black Eyes (which the actor/director co-write with Nelson); Lady Gaga and Cooper singing, ‘I Don’t Know what Love is,’ to the Gaga solos, ‘Always Remember us this Way,’ ‘Heal Me’ and ‘Before I Cry’, to the tear-producing duet, I’ll Never Love Again.