Home / TRAVEL / Valencia a must! 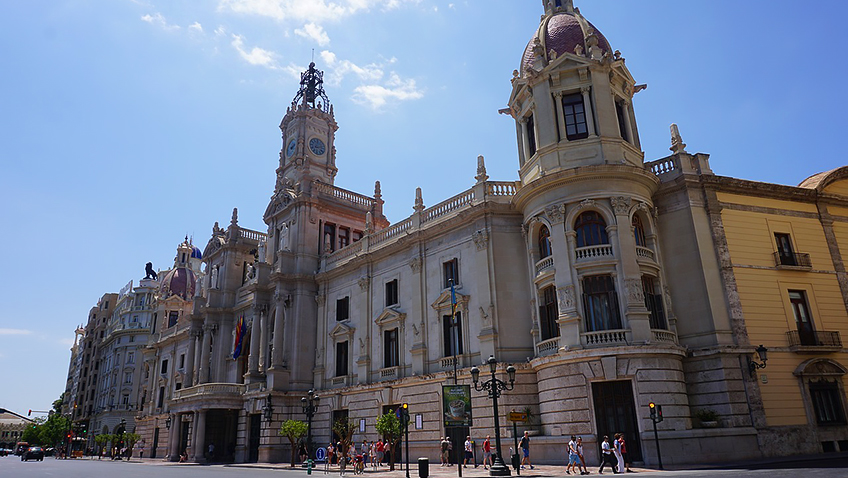 Valencia is Spain’s third largest city and is a profound mix of medieval architecture, wonderful parks and markets, and golden beaches. The city is often bathed in the Spanish sun and offers travellers plenty of things to do.

Let’s discover why Valencia is a must.

Walk through the city and modern art deco buildings line the streets and medieval gems are here in abundance too. The city’s history is reflected in many ways by the buildings that comprise it. Often, travellers may be inspired to look into the history of the city which has played a pivotal role in the development of Spain and will play a part in its country’s future.

Valencia Cathedral and the Holy Grail

A good example of simply awe inspiring architecture can be found at Valencia Cathedral. The cathedral is said to be home to the Holy Grail the Cup of Christ. This astonishing claim is backed up by other sources which state that the cup travelled here from Rome centuries ago. The legend goes further and says that the cup was hidden when Spain was conquered by Muslims and was returned by King ‘Alfonso the Magnanimous’ in 1427.

Arguably, this is the best attraction to see in the cathedral. That said, you have access to the bell tower as the views of the city it offers are simply breathtaking.

One of the great things to do in Valencia is to visit the central squares. The squares or plazas are often treelined and have small obscure roads that lead to courtyards and other plazas making a kind of grid. Due to the heat, places to keep cool have been built in to provide shade.

One of the most beautiful is Plaza de la Reina, or ‘Queen’s Square’ in English, located in the old town. Here you will find tourists and locals hanging out and you can eat here too. Prices are tourist prices so the more knowledgeable traveller has a bit of a wander as cheaper places to eat are often only around the corner. The golden rule is to eat where the Spanish eat.

Just around the corner from Plaza de la Reina, Plaza Redonda is a personal favourite of many a traveller. It has a circular design and is home to wonderous markets. Despite the tourism drive of the local council, the beautiful fountain in the centre of the plaza that dates to the 1850s is still charming.

Valencia’s Central Market sells mostly food products many native to Spain. The market which is home to many modernist buildings provides an interesting snapshot into the lives of Valencians. It is a great place to find fruits, vegetables, and meats that you have probably never seen before. As well as the market there are some great places to eat including cafes that provide Valencia’s famous paella as well as plenty for the coffee lovers to savour.

Valencia is a coastal city and has some of the finest unspoiled beaches you could ever wish to experience. The sand is golden and soft and the sea blue and alluring. There are plenty of places to find quiet spots and if you’re feeling brave why not go for a swim.

If you prefer the more built up beach, there are plenty to choose from.

Whatever your preference consider these beaches as the first port of call. A walk along the coast and you will find something for you.

Walk Along the Turia River Bed

The River Turia once flowed through the centre of the city like the Thames flows through London. In the 1950s, the river burst its banks causing flood waters of up to 2 metres engulfing much of the city. To stop this happening again the river was diverted.

What was the great river is now a quite beautiful park in the centre of the city. The landscaping is great featuring places to play sport, savour the scenic beauty or simply take a stroll through the middle. You can even hire bikes to ride from end to end of the park.

Like most cities shops are in abundance with most major brands having a large presence. Valencia offers the average shopper a far greater retail experience than just high street shops. Each district or barrio has its own street market once per week. These tend to end offer more unique and bespoke products that what we have come to know from high street brands.

The city also features Centros Comerciales. These are shopping malls which offer a mix of the high street and independent stores.

Valencia is a fantastic city which offers the traveller everything. If you want to see the city at its best visit Valencia in March when you can savour the Fallas Festival!