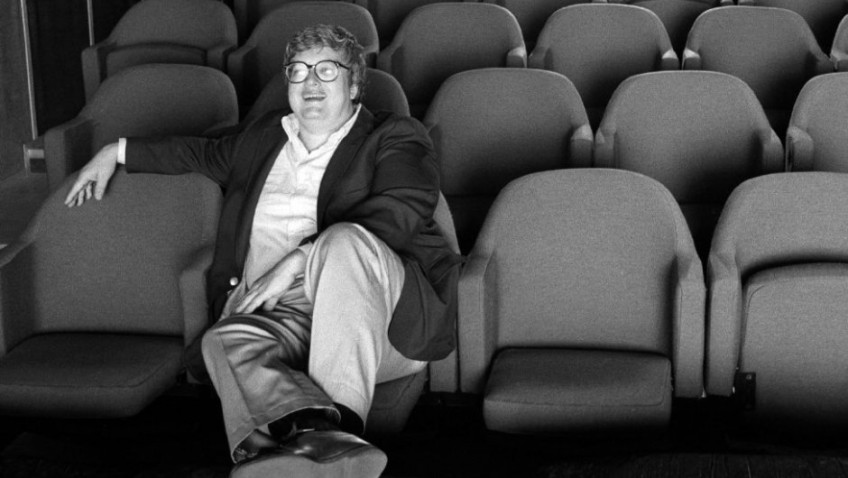 “I’ll see you at the movies”

For Americans and film buffs outside the USA, Roger Ebert, the first person to win the Pulitzer Prize for film criticism, was a household name. Life Itself, based on Ebert’s memoir of the same title, shows and tells us why. Most of this film is a riveting and highly enjoyable American dream story, and one that is indispensable viewing for film buffs and journalists alike. The lengthy segments in hospital where Ebert ended an 11-year battle with cancer on April 4, 2013, are excessive.   Despite Ebert apparently wanting his story to be told to the painful end, the uncomfortable viewer might question the point.

From 1975 until1999 the Chicago Sun-Times film critic fought a war of words and opinions with rival Chicago Tribune film critic Gene Siskel.  In Sneak Previews, At the Movies, and then, in a syndicated programme simply called Siskel & Ebert, they brought film criticism into people’s living rooms and got families talking about cinema.  With Ebert, it was not only a question of showing a wide audience a new way of looking at mainstream films, but also of championing new voices, from Martin Scorsese and Werner Herzog (who dedicated Encounters at the End of the World to Ebert) to Errol Morris to the documentary’s director Steve James.  James tells us that he owes the success of his Oscar nominated documentary Hoop Dreams to Ebert.

Ebert might have died prematurely from throat cancer at age 70 but he also started his career early as though to make up for it.  He was the sports writer and then editor-in-chief for his High School paper, and, at 15, sports reporter for the News-Gazette of Champaign-Urbana, Illinois. He tells us that his interest in journalism arose because he liked to see his name in print; and from his early teens, right up until his death, his name was never out of print.

Ebert’s father (an electrician) and mother (a housewife), were supportive and loving parents and Ebert not only went to university, but had begun a doctoral degree at The University of Chicago, when he was offered the job of film critic at the Chicago Sun-Times.

As a newspaper man, Ebert took his drinking seriously, socialising in bars after work.   If, outside of the hangovers, his drinking never affected his work, it did affect his waistline and health, and he stopped drinking in 1979, joining AA.  In a humourous segment James also covers Ebert’s unusual taste in women with during his hard-drinking period.

In addition to the film criticism, Ebert published several books, lectured on film at university level and even began a creative coloration with, of all directors, Russ Meyer.  Ebert raised a few eye-brows when he wrote the script for Beyond the Valley of the Dolls, Beneath the Valley of the Ultra-Vixens and (with Malcolm McLaren), the aborted Sex-Pistols’ film, Who Killed Bambi.

Although Ebert made many appearances on television, the film focuses on his long and lucrative partnership with Gene Siskel.  There are many hilarious moments with interviews and clips from the programmes themselves.  Despite strong differences of opinions, a real rivalry (Ebert could have had Siskel’s job at the more powerful Tribune, but remained loyal to the Sun-Times) and ups and downs in their personal relationship, Ebert was devastated when Siskel died, and hurt that he had not been told.  As Siskel’s wife tells us, her husband preferred to keep his illness private from all but his close family.

In 1992, at the age of 50, Ebert married Chaz, a black attorney with children from a previous marriage, with whom he lived and travelled widely.  As James naturally wanted to include interviews and original footage in his film, and he started the film four months before Ebert’s death, the film is heavy on scenes from the hospital and his last, short, stay at home.  By this time, Ebert had had several operations, including one to have his voice restored following radiation and surgery for thyroid and then salivary gland cancer.  The original footage shows him with a prosthetic chin, while he had just developed hip cancer, leaving him unable to walk.

With Chaz by his side as business manager, nurse, secretary, morale booster and wife, Ebert continued writing for the Sun-Times, and for his popular blog right up until his death.   In his final blog, on April 2, 2013, Ebert wrote: ‘So on this day of reflection I say again, thank you for going on his journey with me. I’ll see you at the movies.’  Among many tributes, President Obama acknowledged his power ‘to take us somewhere magical’.