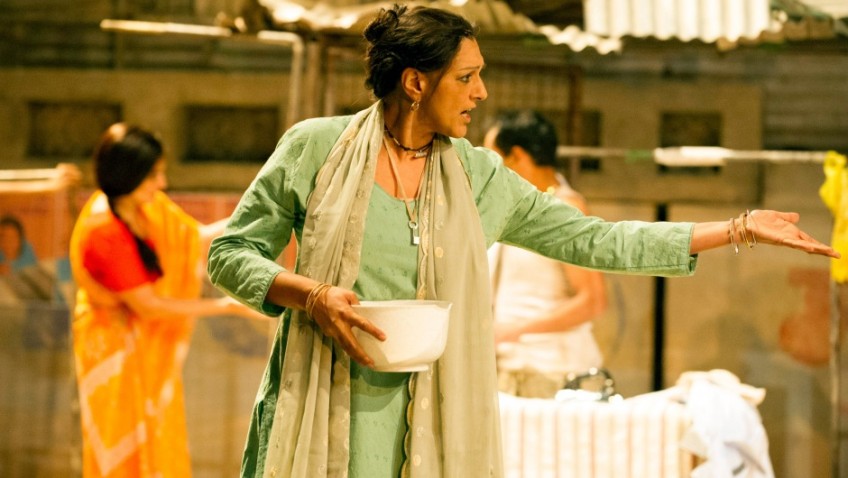 Corruption in India is the norm

Robert Tanitch reviews Behind the Beautiful Forevers at the National Theatre/Olivier.

Mumbai is the most populous city in India. It is also the wealthiest city in India. If you fly to Mumbai at the international airport you will find five star hotels and a slum side by side.

Rufus Norris, the National Theatre’s artistic director designate, directs David Hare’s adaptation of Katherine Boo’s book which won a Pulitzer Prize for its reportage on life, death and hope in a Mumbai under city.

There is none of the feel-good factor of Slumdog Millionaire and I presume that the Indian government is not pleased at all that the book has now been turned into a play and staged in the National’s main theatre.

The images are grim and often brutal. The slum is a rubbish dump, where scavengers make a living from garbage and where corruption is rife. “We deal in shit,” says the heroine, a Mother Courage-like survivor.

Corruption gets a bad press. But for those who live in the Mumbai under city, it is the best hope. Besides, in a society, where corruption is the norm, how do you survive without becoming corrupt?

There are a number of story lines. A mother prostitutes herself so that her daughter can get an education.  Another mother doesn’t want her daughter to be educated and beats her so much she is driven to commit suicide.

The main story is about a crippled prostitute setting herself on fire and falsely accusing her successful Muslim neighbours for making her do it. The Muslims are arrested and beaten by the police and then sent for trial.

Rufus Norris, totally in control of all the strands, directs a large Asian cast on a teeming stage. The performances of Meera Syal, Shane Zaza, Stephanie Street and Hiran Abeysekera stand out in particular.