Home / LIFESTYLE / REVIEWS > / THEATRE REVIEWS / The subject is religious extremism and the perversion of Islam by fundamentalists. 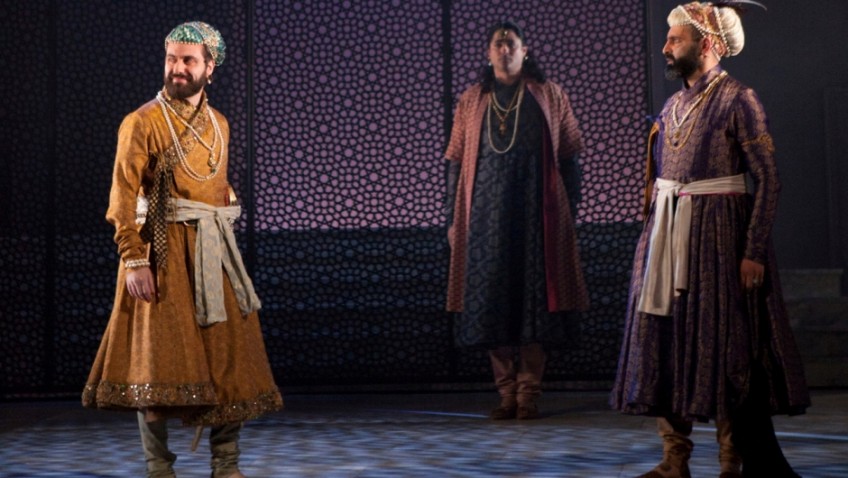 The subject is religious extremism and the perversion of Islam by fundamentalists.

DARA is an adaptation by Tanya Ronder of a play by the Pakistani playwright Shahid Nadeem, which was performed in Pakistan five years ago. The play is essentially propaganda and a plea for love and harmony.

The story is set in Mughal India in the 17th century. There are two brothers feuding, philosophically and militarily, for succession. Their father was responsible for the building of the Taj Mahal.

Easily the best and most dramatic scene comes at the end of the first act when Dara is put on Sharia trial for apostasy (a conscious abandonment of Islam in word and actions), which he passionately denies. The penalty is death.

We have seen what happened recently in Paris and again in Saudi Arabia. A writer, who created a forum for free speech on the Internet, was sentenced to 1,000 lashes, 50 at a time, for insulting Islam, plus a 10-year prison sentence and a hefty fine.

Dara argues (and Varla argues most eloquently) that he is a Muslim who recognizes that there is more than one way to God. He also has a delightful fable to tell of a goat and a tiger which will have wide appeal.

The trial scene would be even better if it was not quite so one-sided and if the prosecutor (Prasanna Puwanarajah) was given equal opportunity to win hearts and minds.

Everything that comes after the trial is an anti-climax and that’s the whole of the second act. The fragmentary script is awkward in wording and construction and often feels very artificial. Nadia Fall’s epic production tries, with the aid of moving latticed screens, to make the numerous transitions visually interesting.