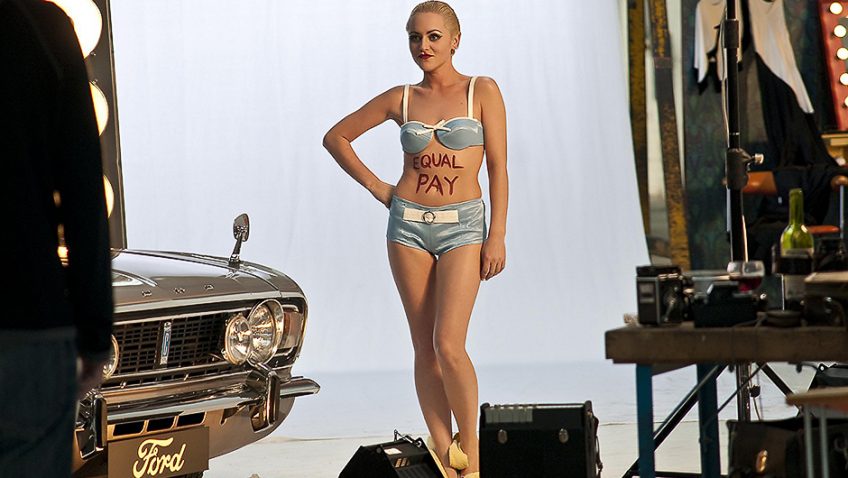 Happy anniversary to the Dagenham Girls

There are a number of socially significant anniversaries being celebrated this year; 70 years since the NHS was created and the Empress Windrush docked at Tilbury to name but two. Another is the 50th anniversary of the strike at the Ford plant in Dagenham by women machinists, memorably immortalised in the 2010 film Made in Dagenham

This now famous industrial dispute started when the women who made the car and van seat covers at Ford’s factory had their jobs down graded to a less skilled ‘Category B’ job. This wasn’t well received but the main issue was that men doing work in this same job category would receive 15% more pay than the women.

At the time, it was the norm for men to be paid more than women, even when doing the same job or jobs requiring the same skill level. However, the women at Dagenham decided that this pay structure, which blatantly favoured men over women, was wrong. They decided to take a stand against their Ford bosses and those Trade Union bosses who were reluctant to support the women’s claims. On 7th June 1968 the women walked out; one of the most significant days in modern industrial history and in the fight for equality for women. It wasn’t long before the women machinists at Ford’s Halewood factory joined them.

There was huge national publicity and the strike lasted a confrontational and acrimonious three weeks before stocks of car and van seat covers ran out and production at the Ford factories came to a halt. Memorably, Barbara Castle MP, the then Secretary of State for Employment and Productivity in Harold Wilson’s Government, took up the women’s cause and took part in the negotiations that eventually bought the dispute to an end.

Inspired by the stand taken by the Dagenham girls, women trades unionists formed the National Joint Action Campaign Committee for Women’s Equal Rights. A demonstration in Trafalgar Square was held in May 1969 to campaign for men and women to receive equal pay for equal work. The action of these pioneering women paved the way to the introduction of the Equal Pay Act in 1970.

You would be forgiven for thinking that that would have been that; men and women would be paid the same for the same work. Unfortunately, 50 years on pay inequality is still a big issue. The Fawcett Society is a leading charity that campaigns on pay inequality and brings current gender inequality issues into sharp focus. They state that the gap is wider for women in their 50s and is at it’s highest in London and if the pay gap continues to close at its present rate, pay will not reach parity until 2117. In April this year The Guardian reported that almost 8 in 10 UK companies and public bodies pay men more than women.

So whilst we celebrate the stand taken by the Dagenham ladies remember that gender equality still has a long way to go.