Home / LIFESTYLE / Guernsey evacuees reveal how they were branded ‘cowards’ 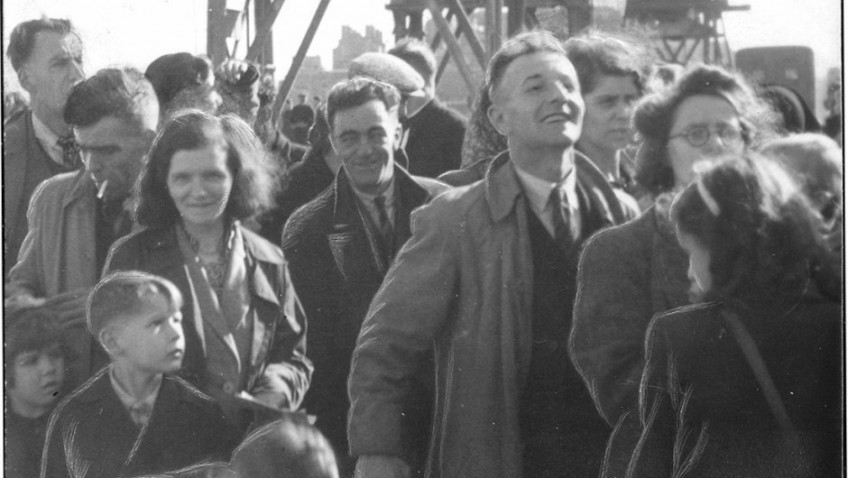 Guernsey evacuees reveal how they were branded ‘cowards’

World War II evacuees who fled Guernsey were denounced as ‘cowards’ by those left behind after German occupation, new research shows. Even schoolchildren were singled out as disloyal when they returned home after war ended.

Gillian Mawson, a social historian and author, has led the first research project to document the ‘forgotten’ experiences of surviving evacuees from the island in the English Channel.

Children, parents and teachers were among 17,000 people sent from Guernsey to England in June 1940 just days before Germany invaded.

The Nazi occupation lasted five years and many who left created new lives in the industrial towns of northern England, never to return home again even when war ended in 1945.

The research will be highlighted at an event as part of the annual Economic and Social Research Council (ESRC) Festival of Social Science.

“People were told they’d left the rest of the island to suffer under German occupation,” says Ms Mawson.

“Even children in schools were singled out – one woman aged seven at the time told me she had to stand up in class with fellow evacuees by her teacher who said ‘These children are all cowards.’ Some people were so badly treated that they went back to England. It demonstrates the psychology of an island and the deep-seated tensions and resentment of those left behind in wartime.”

Begun in 2008, the ongoing research project led by Ms Mawson set out to provide insights into how evacuees adjusted to life in a ‘foreign’ country and were received by the local community.

Her findings are based on interviews with around 400 evacuees to date aged between 76 and 102 including those sent to Stockport in Greater Manchester. For some, this was the first time they had ever shared their memories of wartime.

Their study identified how generous local communities were towards evacuees, donating possessions such as pots and pans despite their own hardships.

Factory workers even went unpaid to make beds for 100 children from a Guernsey orphanage who were placed in an empty house in Bury.

The study also shows the importance of community spirit among the evacuees, and their will to integrate. “They had left small close-knit communities and yet managed to keep a sense of their own identity and support each other while integrating with the local community,” says Ms Mawson, who has helped reunite evacuees during the course of the project. “Many still visit and write to the people they stayed with which shows what strong bonds are formed in a time of crisis. Some even retained northern accents and had to have elocution lessons when they returned home.”

The study also highlights the importance of capturing these oral histories before it is too late because people directly affected by the war die or become incapable of recalling their experiences.

“At least half of the evacuees have said they don’t know how much more they can do, that they’re ‘getting on,’” says Ms Mawson. “It’s important to document this history while people are still alive and for children to meet these people – they can’t do that with a history book.”

The intention now is to create a permanent archive of photographs and documents on the Guernsey Museum and the Stockport Image Archive, website which people can access for generations to come.

Guernsey now holds an evacuation event every May, which did not happen prior to Ms Mawson’s research, and there are numerous events planned to mark the 70th anniversary of the liberation of Guernsey in 2015.

“Many people knew that the Channel Islands were occupied during World War II, but many had no idea that 17,000 evacuees had come to England.”

Ms Mawson will discuss her findings at an event entitled Meet The Guernsey Evacuees of Wartime Stockport in Stockport on 8 November as part of the Festival of Social Science.

The evacuees will be present to share their personal stories, answer questions and will also bring their wartime possessions, documents and photographs.