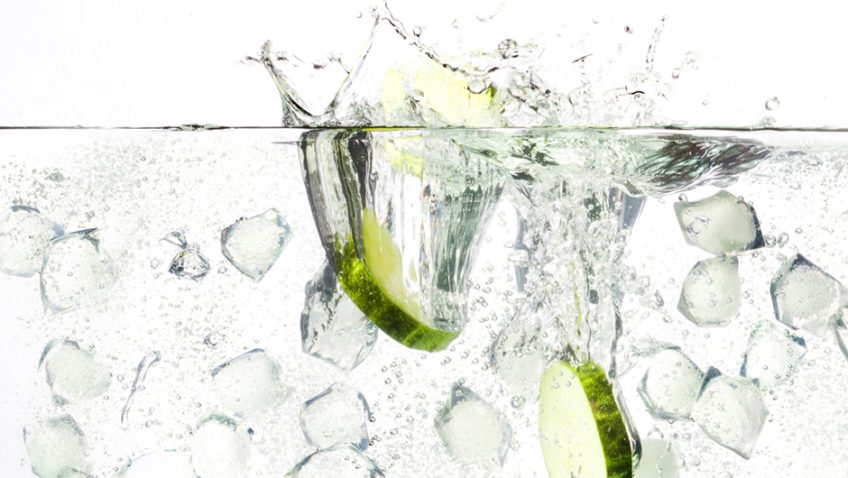 2016 was officially crowned as the year of the G&T as sales of the spirit exceeded £1bn in the UK for the first time ever. Statistics from trade body the Wine & Spirit Trade Association show sales of gin in the UK exceeding 40 million bottles during the year, a record: that’s approximately 1.12bn G&T’s to you and me!

The growth in gin sales comes against a back drop of falling alcohol consumption overall in the country as we become more health conscious and the dangers of excessive drinking become clearer. In fact across the last 10 years, alcohol consumption in the UK has dropped by around a fifth.

So why the success of gin here in the UK? Well it’s hard to say, is it just a fashion, is it a long term trend, is it a shifting of tastes or is it just a clever marketing gimmick? Whatever the answer, the facts are hard to ignore; for example, three out of every four bottles of gin imported around the world originate from UK distilleries whilst exports to the US have grown by over 550% in the last decade. But those aren’t the only success stories that you see, according to HMRC 40 new distilleries opened up in 2016 which is on the back of the 56 that opened their doors in 2015. That is stellar growth when you consider that official figures show that there were only 116 distilleries in existence in the UK in 2010. In fact the importance of gin to the UK consumer market was reinforced recently when a bottle of the spirit was added to the Consumer Price Index basket of typical purchases.

The birth of gin

The whole landscape has changed over the last few years and a massive industry has now grown up around the spirit. That’s a far cry from its humble origins. The word ‘gin’ wasn’t seen in the Oxford English Dictionary until 1714 where it was defined as an ‘infamous liquor’, with many of the distilleries of the time based in and around London. It quickly became the ‘social drug’ of its time, preying, because it was so cheap, on the poor and vulnerable. It was said that in the 1730s around 5 million gallons of the raw spirit was distilled in London every year – but of that, less than 10% ever left the capital! In fact the situation became so bad that the Government of the day was forced to introduce the first of six gin acts in 1729 aimed at reducing consumption of the spirit.

Luckily, since those days, when the spirit was often laced with poisonous compounds, the production of gin has now become more of an art form. Unlike whiskey, which can take years to mature and reach the market, gin is simply a base of alcohol and water to which flavourings are added to create the unique taste that the marketers so love. These flavourings are known in the trade as ‘botanicals’ and many gins will now contain a mix of ten or more of these with the people who make the spirits acting like alchemists to come up with the next best taste. To make gin, you take your base alcohol spirit, which is generally made from fermented cereals and add to this your choice of botanicals, juniper berries being perhaps the most well-known. In fact, juniper is not only the primary botanical used in gin, but by law it needs to be the predominant flavour in anything that wants to be called gin. Other botanicals can then be added which may include herbs, spices, fruits, seaweed, grasses and quite frankly anything else that the master distiller think can add flavour. This mixture is then ‘macerated’, generally in a copper still, where the liquid and botanicals are heated until they boil, the heat has the effect of cooking the botanicals and breaking down the cell structures of the plants, thus releasing the flavour into the liquid. The boiling liquid then turns to vapour which rises up the still until it reaches the top where it is the drawn back down into the lynearm and then into the condenser where the vapour cools and returns to liquid form – only now it carries the flavour of the various botanicals that have been added. As well as the mix of botanicals, the flavour is also affected by the speed at which the liquid is boiled; and therefore the speed at which the botanicals break down.

All of which explains why the growth of gin and the opening of new distilleries continues apace as our desire for and interest in ‘artisan’ home made, small batch food and drink products increase.

It’s not just gin though

Winston Churchill once declared that ‘the gin and tonic has saved more Englishmen’s lives and minds than all the doctors in the Empire’ referring to the fact that the tonic water mixed with the base spirit contained quinine which was considered back in the day to be very effective at warding off malaria. Whilst most tonic waters nowadays have reduced levels of quinine, there is a whole industry that has grown up around the G & T revival. It’s not just new gin brands that we are seeing, but there are more and more specialist and premium tonic waters hitting the market, most of which are ‘paired’ with a particular type of gin.

And what about the garnish?

As I said earlier, it’s all about the flavour, and as such the ‘garnish’ is just as important as the base spirit and tonic water that you choose. So it’s not just ice and a piece of lemon nowadays, it can be fruit, herbs, spices or anything else that the master distiller thinks enhances the flavours of the botanicals used during the distillation process.

Blimey, after all that gin I’ve got a headache, and I promise I haven’t sampled a drop yet! I think it’s time for a trip down the local off-licence and see what I can find: chin- chin and here’s to gin!