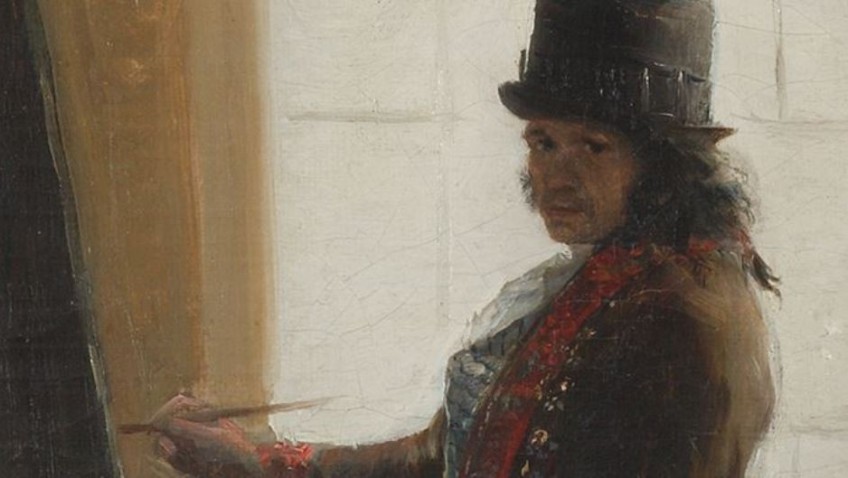 Goya – Visions of Flesh and Blood

Joyce Glasser reviews Goya – Visions of Flesh and Blood – Exclusively being shown on 1st December in cinemas across the country.

Goya – Visions of Flesh and Blood takes cinema viewers on a tour of the National Gallery’s current exhibit of the great Spanish painter Francisco Goya’s portraits: the first comprehensive exhibit of his portraits ever shown in the UK.

The latest addition to Producer Phil Grabsky’s Exhibition on Screen series, the film enhances our understanding of key paintings with illuminating commentaries by Goya experts, side trips to various locations in Spain, an examination of his unusual sketchbook found in 1993 and readings from his many letters that survived.  But nothing illuminates Goya’s life and art more than the portraits themselves.

According to art historian Juliet Wilson-Bareau, ‘when you have a portrait exhibition that consists of virtually nothing but masterpieces you are in touch with the artist himself as you can be in no other way.’

Wilson-Bareau captures better than anyone else the unique appeal of this exhibition and why we feel a personal connection with this profoundly insightful, sensitive and humane painter whose values we come to appreciate in the same measure that we do his dazzling artistic technique.

’It is a truism to say, Wilson Bareau comments, ‘that an artist’s portraits are, in a way, self-portraits, for they are a record of the artist’s not necessarily spoken, but spiritual and emotional conversations with the person in front of him… You are spellbound by the interaction between artist and sitter…and you become involved with his creative process.’

Although better known for his powerful etchings Los Desastres de la Guerra (The Disasters of War), which includes the political and cultural allegories, Los Caprichos; Los Disparates (The Disappeared) and the Black Paintings,  Goya’s goal was to follow his idol Velasquez and become portrait painter to the Royal Court. He achieved this position at age 33 in 1779 and only relinquished it when he fled to France in 1784, age 78.

One third of his output was therefore portraits, not only of the families of Charles III, Charles IV and the dreaded Ferdinand VII, but of a wide circle of nobility, Spain’s temporary rulers and liberators (including a striking portrait of an exhausted, shell-shocked Wellington), and his extensive group of friends.

Born in 1746, Goya lived a long life through some of Spain’s most turbulent years, including its invasion by Napoleon and the disastrous restoration that brought the reactionary Ferdinand VII and the powerful Church to power.

He also dealt with personal tragedy: in 1792, he became deaf and he died in exile in France in 1824 after having seen six of his seven children die in childhood.  He celebrated Spain’s brief Enlightenment, an unusually peaceful period, with a self-portrait in which blinding light enters his studio, obscuring his features.

Directed by arts documentary director David Bickerstaff, the film focuses on most of the key paintings and is informative and academic in an accessible way.  We could, perhaps, do without some of the ‘atmospheric’ location and filler shots, the music (a matter of taste), the Frederick Wiseman-inspired shots of staff going about their business, and the very dark panning shots of the subterranean rooms in the Sainsbury Wing.

Goya – Visions of Flesh and Blood:  Event Screening on 1st December in cinemas across the country.  For further dates and venues visit: WWW.EXHIBITIONONSCREEN.COM