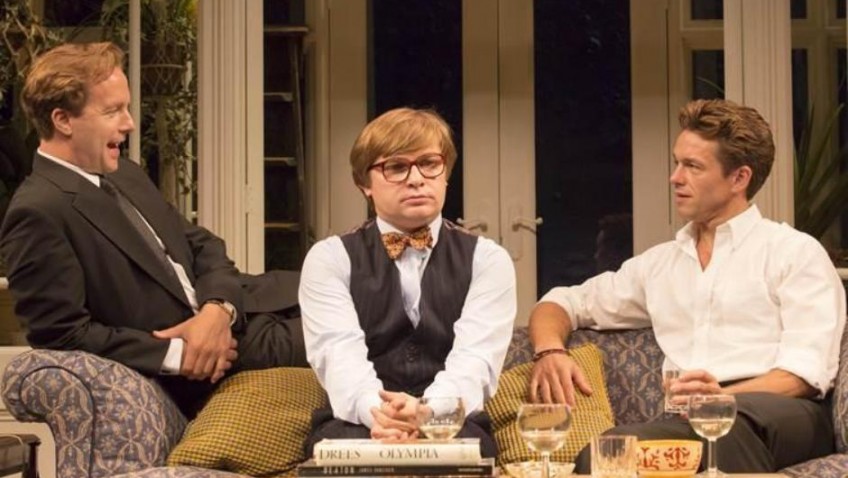 Kevin Elyot’s excellent sad comedy of gay sexual manners won many awards in 1994, including the Evening Standard Award for Best Comedy of the Year.

Robert Hestie’s production is its first London revival since its premiere 20 years ago. Sadly, Elyot died a month ago, just as they were going into rehearsal. He was 62. The production thus becomes a fine memorial tribute.

The action, which lasts just under two hours and is played without interval, is set in the 1980s and spread over four years, beginning with a house-warming and followed by two wakes.

The play is about sex and death; it is also about love, friendship and deception. The writing is compassionate, witty and frank.

Guy, a lonely bachelor, pushing forty, adores John. He’s been in love with John ever since they were up at university, but he has never got round to telling him. John, ex-public school, idle, rich and promiscuous, is having an affair with Reg.

Reg never appears, but everybody seems to have slept with him. Fidelity was never Reg’s strong point. Though AIDS is never mentioned in the script, it is obvious that Reg has died of AIDS and so all the characters we see on stage are therefore at risk.

The cast is first-rate. Jonathan Broadbent is Guy, one of the nicest people, a good friend in whom they all confide but whom nobody fancies. Julian Ovenden is John, superficial, his once golden image now tarnished; suddenly bereaved, he is utterly grief-stricken.

Geoffrey Streatfield is the extrovert Daniel, a screaming Restoration fop in modern dress. He  was Reg’s partner but does not know about John’s affair. Richard Cant is boring Bernie (so boring he redefines boredom). Matt Bardock is his foul-mouthed, bickering and unfaithful partner. Lewis Reeves is 18-year-old Eric, a cute, tactless Birmingham lad, who works in a pub and does interior decoration.