Home / LIFESTYLE / Are changes in society written in the cards? 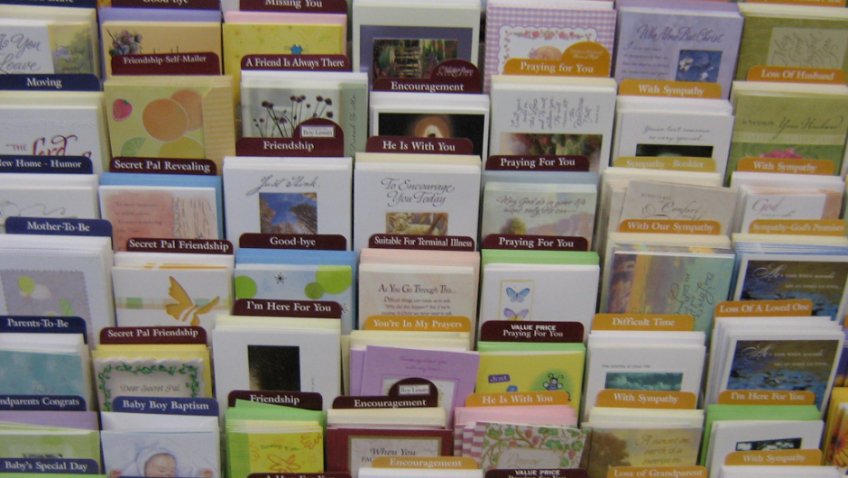 Are changes in society written in the cards?

The changing social landscape of the UK has even affected the greeting cards that we buy.

Since legalisation of same-sex marriage in March, Clintons has seen demand for same-sex wedding cards increase by 60% compared to sales of cards for civil partnerships this time last year, with thousands of the cards now being sold every month.

The increased demand has prompted Clintons to double the number of cards in its same-sex range, and sales are expected to increase further once same-sex marriage becomes legal in Scotland this autumn.

The growing popularity of the school prom has also resulted in a range of prom night cards to celebrate this important night in a teenager’s life.  Then there are pregnancy cards, divorce cards, encouragement cards, friendship cards, missing you cards…. the list seems endless.

Tim Fairs, director at Clintons, said: “We live in a changing world and our range of cards reflects that. As our society becomes more diverse, we are seeing different types of celebrations and festivals becoming increasingly mainstream. We welcome these changes and look forward to seeing what new occasions give rise to celebration in the next few years.”

The number of centenarians, people who have lived over 100 years, has grown rapidly over the last century. At the time of the 1911 census, there were only 100 centenarians. This had increased to 13,361 by 2012 and this trend is expected to continue.

Do you still buy cards and send to mark special occasions? Ed