Home / MONEY / Welcome to the bank of gran and grandad 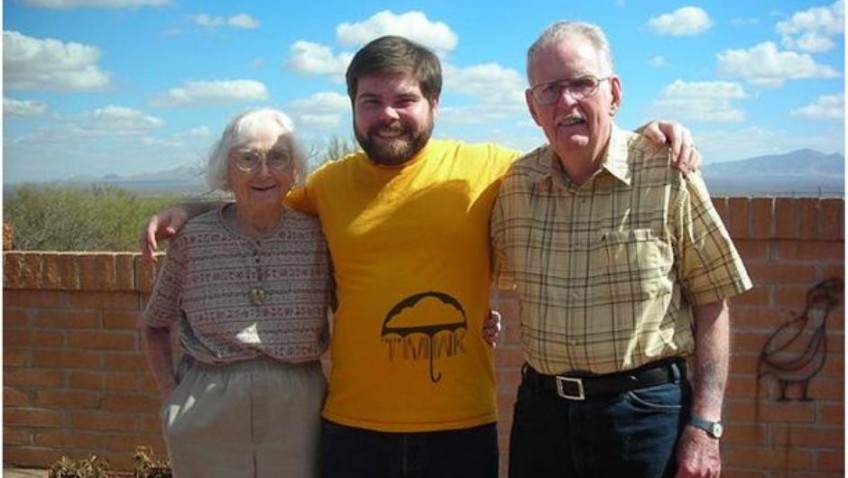 Welcome to the bank of gran and grandad

Grandparent’s support for their grandchildren now stands at £6.4 billion a year, far beyond the traditional bags of sweeties and extra pocket money. These gifts don’t stop when grandchildren turn 18, or even 21, with granny and grandpa offering financial assistance well into their twenties.

Forget the bank of mum and dad – it’s now the bank of grandpa and grandma that’s keeping some families and twentysomethings afloat. With more than half of British grandparents planning on helping their grandchildren out financially in the coming year, what are the causes behind this figure and is it a cause for concern?

Since 2007 household budgets and disposable income have been squeezed by a combination of wage stagnation and rising living costs, leaving some parents with little extra for their children. Grandparents are stepping into the gap, with 16% saying that they’re helping their grandchildren out because their own children can’t afford to.

As the cost of getting a degree hits £53,000, more and more grandparents are expecting that they will need to contribute to university costs: 13% of grandparents anticipate helping their grandchildren cover tuition fees in ten years’ time, compared to 3% today.

This represents a substantial financial commitment. Even if fees don’t rise in the next ten years, a three year degree comes with a price tag of £27,000 for tuition alone. For an eight year old grandparents would need to put aside around £200 a month to cover fees, with figures being much higher for older children.

Grandparent’s financial contributions don’t stop once the graduation photos have been taken either. Many contribute towards a down-payment on first home, as adult grandchildren struggle to save the £29,700 required for an average first-time buyer deposit while rents rise by 2% a year across the UK.

Despite these somewhat alarming figures, there are more positive reasons for grandparents choosing to help their grandchildren into adulthood.

As life expectancy in the UK continues to rise, some view monetary gifts to their grandchildren as a form of ‘living inheritance’, helping out when financial need is greatest in early adulthood. This can also be seen as way to reduce the amount of inheritance tax paid on legacies, although this only applies if the donor lives for seven years after the gift is made.

While many grandparents relish giving to their grandchildren, it’s possible that their generosity could be storing up problems for the future.

If it becomes the norm for grandparents to make significant contributions to their grandchildren’s university costs or a deposit for first home those who don’t have a granny or granddad willing or able to help will find themselves at a significant disadvantage to their peers, who are funded by the bank of grandpa and grandma.

This could add fuel to the growing inequality between those who receive money or property passed down from older generations and those who don’t, with consequences that can last through to retirement age.

Grandparents who are overly depleting their savings accounts to help out their grandchildren could be storing up financial problems for themselves too.

Those in their late fifties or sixties who are still working could find that they’re not putting enough aside for a comfortable retirement. According to the Office for National Statistics the average pension wealth for people aged 55 – 64 who are saving for retirement is £135,000.

It sounds like a significant sum but it would only result in an annuity of £7,638, far below what is required for a basic standard of living. Gifting substantial sums to their grandchildren at this time might be felt twenty years later in lower living standards.

As of next April people over the age of 55 will have the option of withdrawing their entire pension pot at once. There is the possibility that new retirees could underestimate how much they will need to fund twenty or more years of retirement and take money from their pension to help their grandchildren through university, put down a deposit on their first home or even pay for a luxury holiday.

In general, the bank of grandpa and grandma is benign, offering stretched younger generations a hand when they need it most. However, if they’re helping grandchildren at the expense of long-term retirement planning they might find that in twenty years they quite literally need the favour repaid.