Home / LIFESTYLE / REVIEWS > / FILM REVIEWS / A film about immigrants from Cape Verde, Pedro Costa or about cinema itself 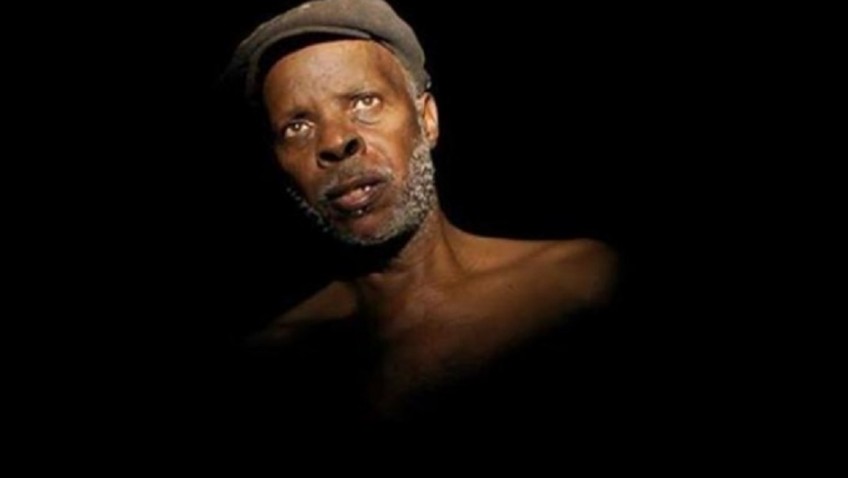 A film about immigrants from Cape Verde, Pedro Costa or about cinema itself

Horse Money opens with a montage of black and white stills in from the Dutch photographer Jacob Riis showing New York’s poor immigrants to the tune of a song called Cheap Labour.  The final portrait is of a black man, and out of this frame steps Ventura, the central character in Horse Money.

In this film the 57-year-old Portuguese director Pedro Costa continues to dig deep into the history, the memories and the souls of the inhabitants of the Lisbon slum of Fontainhas where he became the self-appointed resident filmmaker with his 1997 film Ossos (Bones).

Now that Béla Tarr has retired, there are few filmmakers around who demand as much from the viewer. Costa’s static camera, and sometimes painfully long takes, daunting close-ups, cryptic narrative structure, references to Portuguese history and difficult theme are the opposite of mainstream filmmaking. Costa nonetheless repays the open-minded viewer with thought-provoking, challenging films and powerful images.

In his third Fontainhas film (after Bones and Vanda’s Room), Colossal Youth (Juventude em Marcha), Fontainhas has been demolished by the new socialist regime and a 75-year-old Cape Verdean inhabitant, Ventura (Ventura), is relocated to a new housing project just outside of Lisbon.

The 1974 Carnation Revolution might have ousted Portugal’s authoritarian regime without bloodshed, bringing in a new era of democratic rule, modernisation and promises of better times, but the impoverished residents of Fontainhas were not celebrating.

The rapid independence of the Colonies, including Cape Verde, resulted in a million Portuguese citizens returning to Portugal the future of the economy was uncertain.  Costa, who was 13 during the Revolution and dancing in the streets, did not then realise that not far from him in Fontainhas, Ventura was crying with fear for an uncertain future.

The retired construction worker Ventura reappears in the haunting Horse Money, this time, as a patient recently admitted to an eerie hospital where, at times, he appears to be the only patient.  Costa’s intention was to give his friend of 20 years a film in which he could finally forget the home that he called a prison.  Fittingly, the film is inhabited by ghosts from Ventura’s past as though gathered for an exorcism.

In the hospital, Ventura receives a series of visits, beginning with visits from fellow Cape Verdean workers, who pour out their tales of woe and disappointed lives ended in madness.  Next Ventura finds himself visiting with a widow named Vitalina (Vitalina Varela), dressed in black, who whispers in a deep, low voice.

She has travelled from Cape Verde to Lisbon for the funeral of her husband Joaquin.  Vitalina comes with an array of materials for African rituals and she recites a lament about dates of birth, marriage and death and addresses, possibly referring to all the red tape she is required to deal with when a relation dies.  Ironically – and yes, there is plenty of irony in the film –Vitalina means ‘full of life’ in Latin.

There is also irony, a playful metaphor or an in-joke, in the title, as the film was made on a shoestring budget and, like Ventura obsessing about his wages, Costa worried about having enough money to finish the film.  In terms of props, everything was fake except for the rented army tanks used in a scene outside the hospital. An apparent flashback to the Carnation Revolution, as soldiers run about, Ventura hides in the woods.

At one point Ventura asks Vitalina after his beloved horse which he apparently left behind in Cape Verde. It’s name is Dinheiro (‘money’).  Vitalina tells him ‘the vultures tore him to pieces,’ a fate that could be applied to the inhabitants of Fontainhas or to a film director if for ‘vultures’ you read financiers (or maybe critics or the public!).  Vitalina ignores Ventura when he protests that Joaquin is not dead, but it seems that Ventura is no more able to differentiate between the living and the dead in the film than we are.

After a long musical number, which appears to be a traditional ballad about betrayal, a nephew appears outside a demolished construction company claiming he’s been waiting for a paycheque for twenty years (again the money theme).  Then Ventura’s wife Zulmira, from whom he is estranged, shows up.  The musical number is all that remains of a previous idea for Horse Money. The film was originally intended to be collaboration with the American jazz, blues and soul musician and poet Gil Scott-Heron.  Costa envisaged a long segment of rap between Ventura and Heron as an actor in the film.

Sadly, Heron died in 2011, possibly of complications from pneumonia (he was HIV positive).  This might be where Costa came up with the idea of putting Ventura in a hospital.  That said, the hospital also resembles a housing project, a prison, a dingy basement and a sterile municipal building so it is difficult to be certain about anything.

This includes the final scene in which Ventura finds himself stuck in a lift with an MFA soldier in uniform who looks like a old copper statue of an armed guard. This soldier,  however, can talk.   The two men seem to know one other, and they discuss the revolution, ideals and disappointment. Ventura refutes the MFA soldier’s contention that Ventura’s life was a failure, protesting that he had a family, a pension, a house, and that he worked…