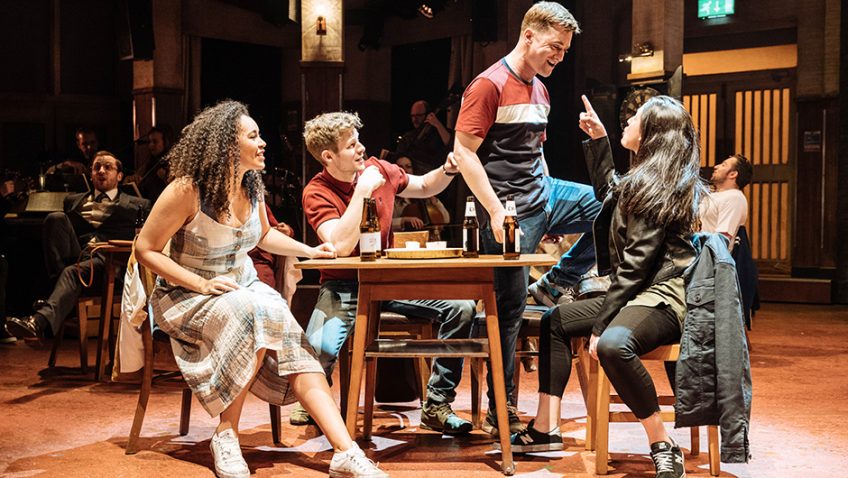 Sunshine on Leith is a glittering gem of a musical, the very antithesis of those jukebox musicals in which flimsy plotline and lightweight characters contrive to power their way through a particular artist’s repertoire, sometimes, it seems, just for the sake of it. This one is a very real, gripping drama, in which the mighty songs of The Proclaimers, melodic mini-dramas in their own right, seamlessly integrate to serve the story. 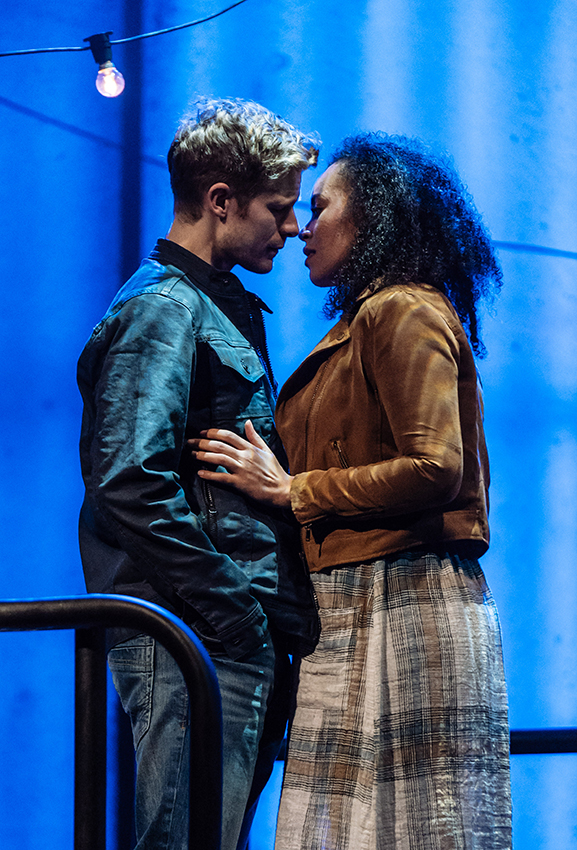 Steven Miller and Jocasta Almgill in Sunshine on Leith

The stage show first met with great acclaim in 2007 in Dundee, where James Brining was artistic director. It was he and Scottish playwright, Stephen Greenhorn, both avid Proclaimers’ fans, who brought the show into being. After that, the 2013 hit cinema version became one of those films whose uplifting sparkle doesn’t diminish no matter how often you see it. Brining, now artistic director at Leeds Playhouse, has revived the musical, and once again tenderness, enthusiasm and uplifting music are riding high onstage through the ups and downs of life.

Three romantic relationships are at the centre of Greenhorn’s powerful drama, interwoven with relationships between all six (plus one). But nothing is plain sailing. Family secrets, a love child, personal ambitions and frustrations, a search for a sense of identity and belonging, and for love and happiness, which are all the stuff of everyday life, come, of course, with a good share of mistakes, regrets and difficult choices. Yet warm humour, great writing and exhilarating music ensure that the feel good factor soon escalates into a feel-outrageously-fabulous factor.

Fine performances all round have us believing in and caring about the characters and relationships – of parents Jean and Rab (Hilary Maclean and Phil McKee), of newly returned young soldiers Davy and Ally (Steven Miller and Paul-James Corrigan) and of girlfriends Yvonne and Liz, (Jocasta Almgill and Neshla Caplan). Solos and duets in various combinations are both musically and dramatically powerful, bringing spine-tingling frisson-filled moments at times, as in Misty Blue sung from the top of a building, or Jean’s solo of Sunshine on Leith.

The ensemble work of the actor-musicians is phenomenal, again serving perfectly both the music and drama. It feels like an entire army of extras has been enlisted! With vibrant, meaningful music at the fore, especially through Act I, they people the stage here, there and everywhere else with multitudes of purposeful characters who also dance, play and sing their socks off. While enhancing beautifully the harmony, fullness and fervour of duets, solos and choruses alike, they add constant interest, movement and excitement, with string players, endless guitars and even the piano frequently moving to join in the action. Trumpets and saxes turn up, too, even played by ‘infants’ in supermarket trollies, a scene that, like the mop and duster dance during You Should Have Been Loved or the call centre scene, raises special laughs. Even the static onstage drum-kit and guitar players are integrated into the story. 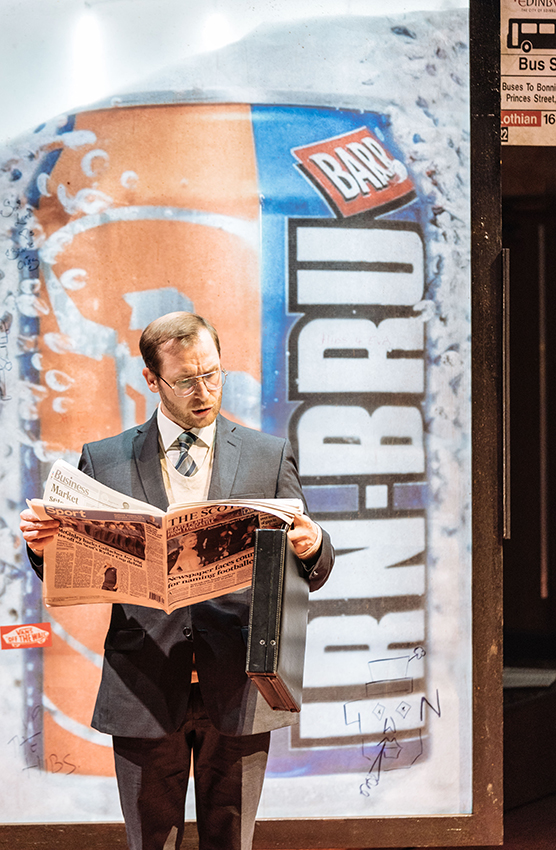 Richard Colvin in Sunshine on Leith

An authentic feel of place, inside and out, comes from the use of adaptable building blocks, moved, twisted and turned, taking us from strobe-lit war zone explosion to drab but merry social club, and from home to hospital, where the reception desk is a disguised keyboard and the receptionist checking papers is a real MD – musical director! Ir’n Bru gets a look in, of course, and Tennant’s. (Well, David Tennant says The Proclaimers are probably his favourite band!)

Following a quieter second act in which the touching stories of broken relationships resolve into compromises of (possible) happy-ish-ever-after endings, the big finale waits to explode into colossal exhilaration. And then it does. In a show that celebrates songs filled with bold, bright, heart-warming harmonies, irresistible melodies and a whole range of universal themes, all echoed in Greenhorn’s fine script, I’m Gonna Be finally hits the stage. With a total running time of 2 hours 40, though, do take care that the massively uplifting, optimistic, heart-swelling finale doesn’t have you miss your train and turn I Will Walk 500 Miles into a reality.

The show runs in Leeds until May 19th, then in Edinburgh, Aberdeen, Coventry, Dundee, Glasgow and Inverness