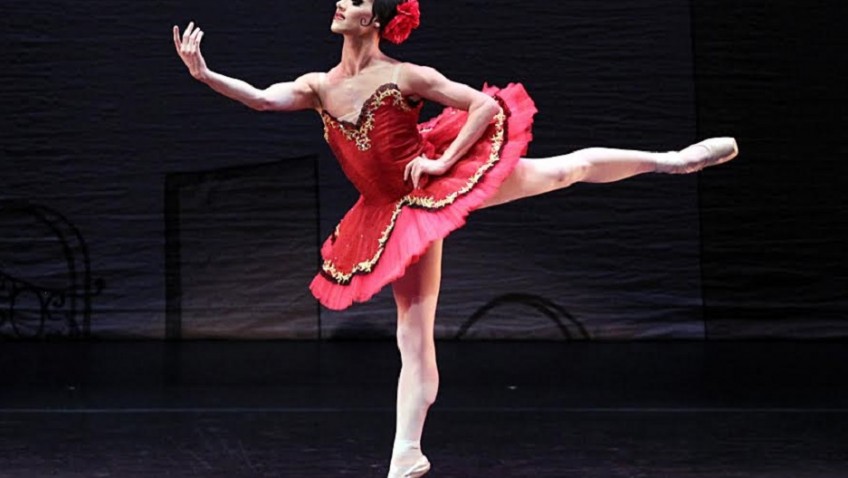 It isn’t every day you see male dancers in tutus and pointe shoes.

Men in frocks are the norm on the London stage at the moment.

They can be found in the Broadway musical Kinky Boots at Adelphi Theatre and in Oscar Wilde’s classic comedy, The Importance of Being Earnest (David Suchet as Lady Bracknell), at Vaudeville Theatre.

They can also be found in Ian Kelly’s adaptation of his biography, Mr Foote’s Other Leg (Simon Russell Beale as Samuel Foote) at Hampstead Theatre and in Harvey Fierstein’s play, Casa Valentina, at Southwark Playhouse.

The Trocks, as they are affectionately known, have been coming to the UK regularly. The present tour is their 21st.

They are amazing dancers and as always they mix broad and subtle humour and absolute seriousness. They are never vulgar; actually, a little vulgarity might not go amiss.

There is a take on Balanchine in Go For Barocco.  The funniest revue sketch is Patterns in Space, a joke at the expense of Merce Cunningham and John Cage, which features three post-modern dancers plus two musicians, who make music with any thing that comes to either hand or mouth.

Hilariously silly, as always, is The Dying Swan, moulting away, and danced by Carlos Renado. And just when you think she cannot have any more feathers to lose, she shakes her body and there is an avalanche.