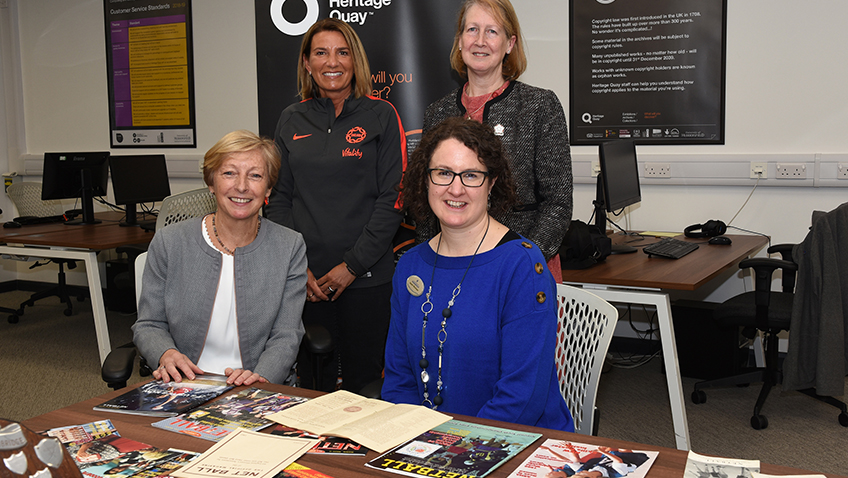 The project aims to help future generations of netball and other sport researchers by providing a state of the art safe archive for the storing of documents, photographs, videos and other memorabilia throughout the history of the sport. Attendees at the launch event on Saturday 2nd March were then able to view the extensive range of netball memorabilia on display for the first time. 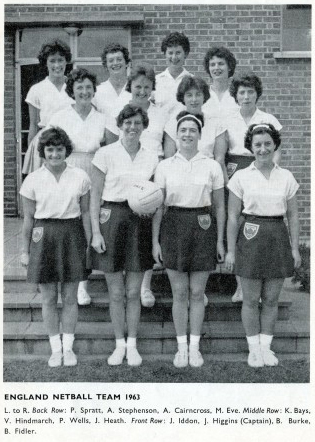 Joanna Adams CEO of England Netball said: ‘This extensive and ever growing archive provides a fascinating insight into the development of netball. It shows the unique history of this wonderful sport and a wide range of documents, photographs, programmes, press cuttings and trophies dating back generations.

‘Netball has grown massively and been thrust into the limelight, especially over the last 12 months since the England team won the Commonwealth Games for the first time in history. It is wonderful to now be able to look back on how it all began thanks to this archive, and to see how netball got to where it is today.

‘I hope others enjoy sharing in the history of this sport as much as I do.’

The exhibition space at Heritage Quay is open seven days a week, 50 weeks of the year (except for Bank Holidays), giving the public a chance to book a place to come and see netball’s fascinating history and development. The archive already houses hundreds of items and the ever expanding contents list is available online at www.heritagequay.org/archive/en.

Sarah Wickham, University Archivist and Records Manager, said: ‘We are delighted that England Netball have deposited their archive with Heritage Quay. This is a significant addition to our sporting collections. Building on netball’s recent high profile successes, we look forward to welcoming researchers interested in exploring the sport’s rich history, and working with England Netball to develop the archive in the future.’

If you have any netball memorabilia that you would like to loan or donate to the Netball Heritage Archive, please contact ournetballhistory@englandnetball.co.uk

Since England’s historic win at the Commonwealth Games in April 2018, more than 130,700 women have been inspired to play netball, or play more netball, as a result. England’s senior netball team – the Vitality Roses – are currently second in the International Netball Federation World Rankings, their highest position to date.

This year England Netball and its event partners secured the rights to host the worlds most prestigious netball competition, The Vitality Netball World Cup. The event will take place from 12th -21st July 2019 at The Arena and Convention Centre, Liverpool. For more information and ticket sales please visit: https://www.nwc2019.co.uk/tickets/

Netball England runs a number of participation programmes including Walking Netball, Back to Netball, Netball Now, High 5, and Workplace Netball, amongst others. For more information on the work of Netball England and their programmes, please visit: https://englandnetball.co.uk/