Home / LIFESTYLE / REVIEWS > / THEATRE REVIEWS / Elton John said that Dusty Springfield was the greatest white singer there has ever been. 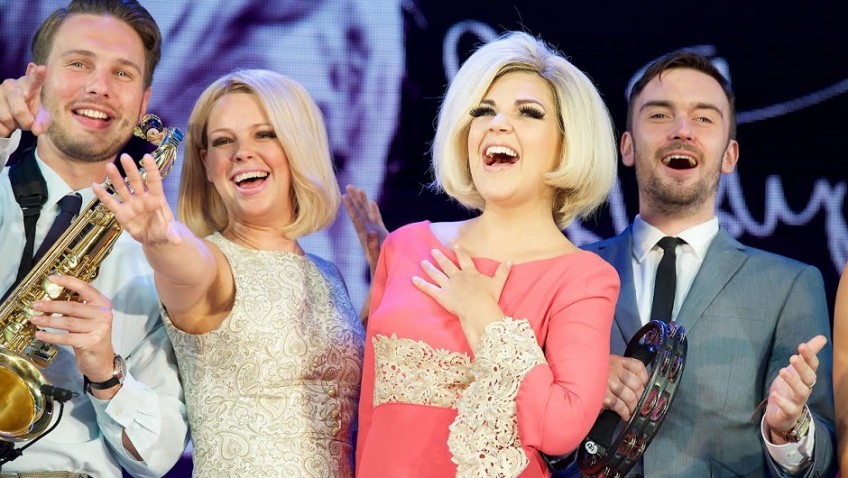 Elton John said that Dusty Springfield was the greatest white singer there has ever been.

Dusty Springfield OBE (1939-1999), the much-loved English pop singer and icon of the Swinging Sixties, had a distinctive soul sound, which was so convincing that many people who had only heard her voice presumed she was African American.

The show opened with previews in May and was due to open to the critics in early June but there were “technical problems” and the press night was cancelled, though the show continued to run.

Three months later, and with a change along the way of leading lady, director, cast and choreographer, the critics are finally invited to review the production.

Dusty is a jukebox musical and the framework is a television interview with Dusty’s best friend, which allows for a potted biography which only takes us up to 1969 and her greatest album, Dusty in Memphis.

Dusty appears on screen in archival filmed footage and as a hologram. It’s good to see and hear her sing but there is something absurd about applauding a screen and a 3D model.

Poor Alison Arnopp, who is playing Dusty and singing her songs on stage, has to compete with the footage and with the hologram, an unfair competition she is bound to lose.

As the show stands now, it only works when Dusty is singing. And to hear again such songs as “I Just Don’t Know What To Do With Myself”, “I Only Want To Be With You” and “You Don’t Have To Say You Love Me” could well be enough for Springfield’s nostalgic fans.

But for those of us wanting to see a good musical, the poor script, the poor staging, the poor and the often distracting choreography are all going to prove insurmountable.