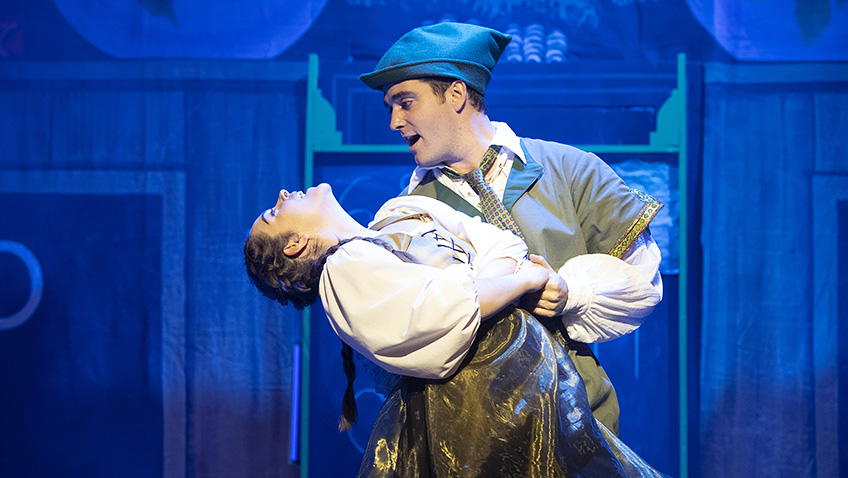 This year’s Doncaster panto is a heart-warming show for one and all thanks to a charming, traditional set and actors who radiate an all-embracing joy and energy that engages throughout. Writer Ben Crocker’s strong narrative has the evil Sheriff of Nottingham going all out to thwart the famous outlaw’s worthy wealth (and sweet packet) redistribution schemes and marry the reluctant Marion (Rachael Henley). Into the bargain, he’s keen to bump off his nice niece Tilly and neat nephew Tommy, the two orphan babes whose huge fortune he’ll inherit. He sounds like someone who should be booed at every opportunity. And he is. 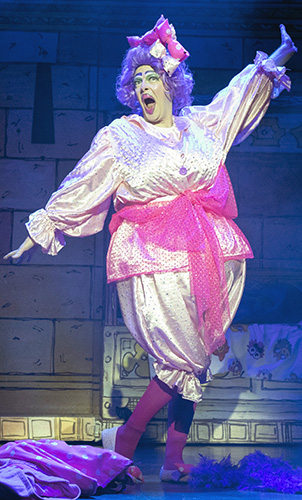 Robert Took in Robin Hood and the Babes in the Wood

Pinches of every classic panto ingredient known to man, woman or child are thrown into Crocker’s theatrical Crock-pot along the way: odd puns, topical jokes or ad libs, some soapy, foamy, door-banging slapstick, a touch of flatulence, live musicians on drums and keyboard who accompany bursts of song (never too protracted) and fine dancing from smiling, polished local youngsters. Then there are fireworks, rabbit puppets, a misty dungeon, some very necessary shouting out about whether it is or whether it isn’t, some volunteer tots onstage for added ah-factor, a load of balls in the shape of snowballs and cannonballs, and a competitive audience song about “Robin Hood (Reece Richardson), Robin Hood riding through the glen.”

Ian Crowe and Sam Glen make a good team as a pair of bad baddies – a Michael Douglas of a nasty sheriff with his daft servant Dennis creating a dastardly duo the crowd love to hate. James Hedley is a Friar Tuck who, for all his pork-pie eating, is less of a round mound or a hunky monk than a wiry, guitar-playing, song-leading Evan Davies who scrubs up well, too, as a gaudy washerwoman, as does Beth Lilly as Little Joan, daughter of Little John (deceased.) As big, breezy Winnie Widebottom who works 8 till 3 as a Dolly Parton school tutor, Robert Took, as ever, has a strong damely presence, dressed in a range of outrageously big, bright, impressive frocks, bedecked with anything from Bath Buns/Battenburg motif to one swirled with bulls-eye targets.

Another important character is Birdie, played by Naomi Gray. Bright, dainty, colourful little Birdie flits and flies delicately from scene to scene and is fully integrated into both story and choreography to provide unobtrusive signing throughout. Creating a wonderful charm all of its own, this is the third time BSL has been integrated into the Doncaster panto. CAST is, indeed, at the forefront in making quality entertainment accessible to all. Besides captioned and audio described performances, there are special performances for SEN children or for those living with dementia, in which the lights are not totally dimmed, fewer tickets are purposely sold, and any startling sound effects are subtly diminished. A big innovation this year is the Sensory Room. In a separate space, various calming devices are available for audience members who need to leave the auditorium during the show, including glowing fibre optics, lit bubble tubes, a tub of special sensory toys, and space to move around. All the while the show is relayed live onscreen so those who leave don’t have to miss out. Feedback, especially from SEN users, has been very positive.

Though not quite as rich as the exceptionally fruity, sherry-infused fruitcake of a show last year, this lovely panto has more than enough interactive fun and sunshine to keep everyone smiling and happy from start to finish. 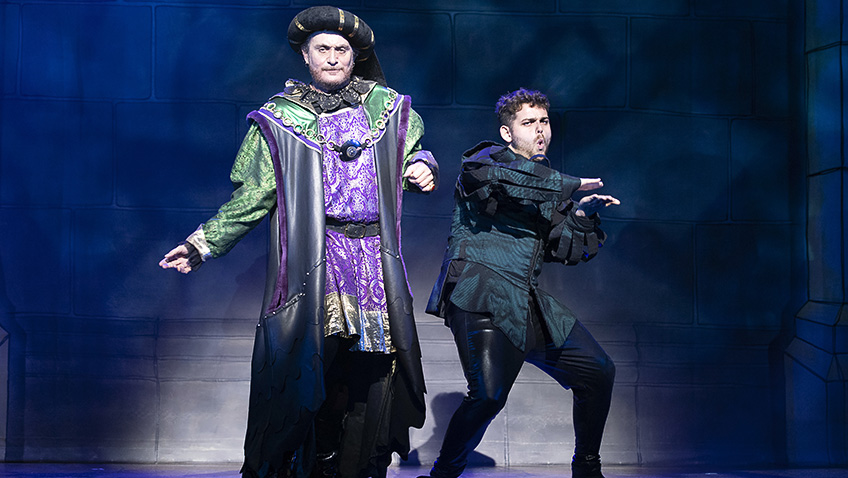