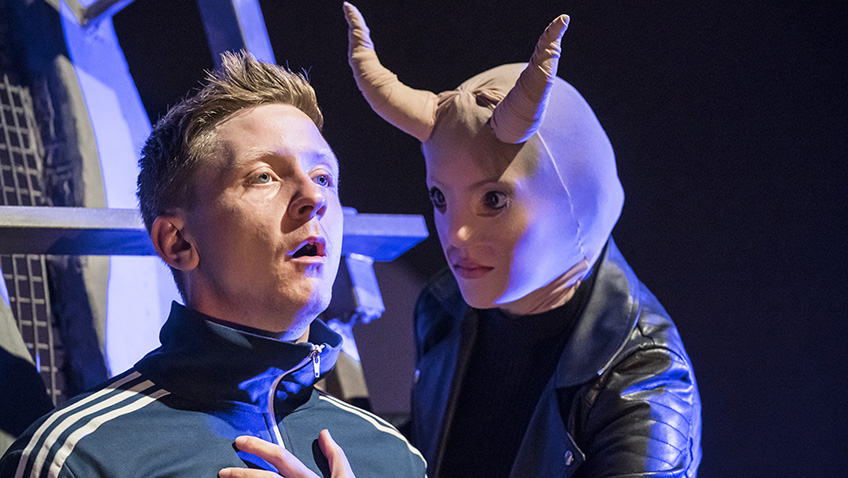 Matt Haig deals with the crippling, debilitating, hellish condition that is depression

Reasons to Stay Alive is a book by Matt Haig, top-selling author of fiction and non-fiction for children and adults. Simple, accessible, it’s part confessional memoir and anecdote, part self-help advice. In it he deals with the crippling, debilitating, hellish condition that is depression, a big issue in today’s media but one that’s, in fact, always been a big issue. Laying bare his own gruelling, personal experiences of anxiety, panic attacks, negative and sometimes suicidal thoughts, Haig offers a positive approach to battling on through these cyclical, soul-destroying episodes to reach those little patches of joy that punctuate life once the clouds lift – albeit but briefly: the wonder of a sunset, of human love or of creativity in songs, music, dance and works of literature. 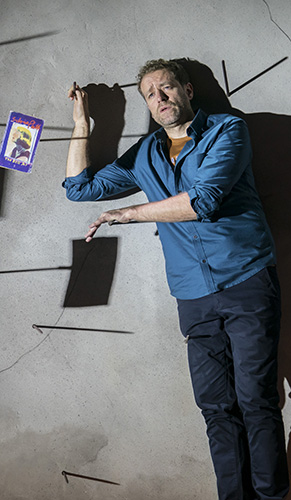 This 75-minute piece, a co-production of Sheffield Theatres and English Touring Theatre directed by Jonathan Watkins, is scripted by April de Angelis and sticks closely to the material and style of the book, retaining its non-chronological episodes and actual words and lists of advice and information.

Centre-stage of the little auditorium sits Simon Daw’s set, clever, thoughtful, practical. Alongside makeshift wooden ladder and net arrangements, looking like a pumpkin cut with jagged shapes are three large, fragments of skull bone, the largest, moveable, multi-purpose section appropriately bristling on its inside with sharp spikes. We are physically inside his head. Throughout, an older Matt Haig (Phil Cheadle) addresses, advises and encourages his distraught younger self (Mike Noble), a device that works well, especially when tables turn towards the end. But with script and action sticking so closely to the book, the resultant piece feels less of a theatrical entertainment and more an issue-based public health offering for schools and health services, even if a well performed one. Unlike the 2-act adaptation of Mark Haddon’s The Curious Incident of the Dog in the Nighttime that conveys so well how it feels to live as an Asperger’s person, this piece has no time to allow the six actors to create rounded characters or poignant, carefully crafted scene sequences that properly convey the unbearable burden of depression on both sufferer and those around them. Odd moments do strike with impact but for the most part, proclamatory statements, lists written on banners, and rushed episodes bring information overloads that smother impact. The ‘show; don’t tell’ principle doesn’t operate sufficiently, and somehow, the sound-scapes of nightmare sounds and heartbeats, the demon mask and the slow motion, tai-chi style movements seem more cliches than effective devices.

As with his book, Matt Haig will hope this stage version (- a good plug for his work!) will help at least some sufferers of depression and their loved ones. Perhaps it will, but that many members of the audience will derive a full, deep, empathetic understanding is doubtful, and things may even prove a little tedious at times. The piece does convey to some extent, though, the alienation, self-doubt, self-loathing and helpless, hopeless despair that depression engenders while stressing that even in a tortured life, there are special, joyous moments that really, really make it all worthwhile. 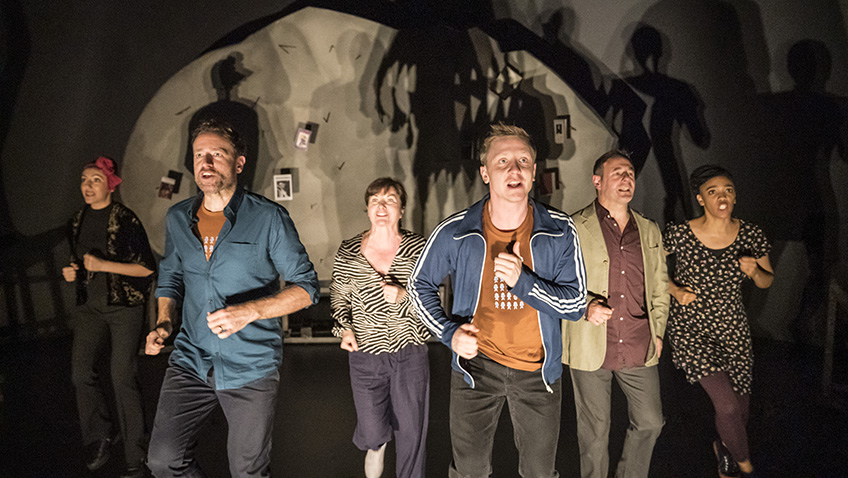 The show will be at the Crucible Studio until Sept 28th and then travel to Bristol Old Vic, Lawrence Batley Theatre, Northern Stage, HOME Manchester, York Theatre Royal and Leeds Playhouse until Nov 16th. For further information see ett.org.uk