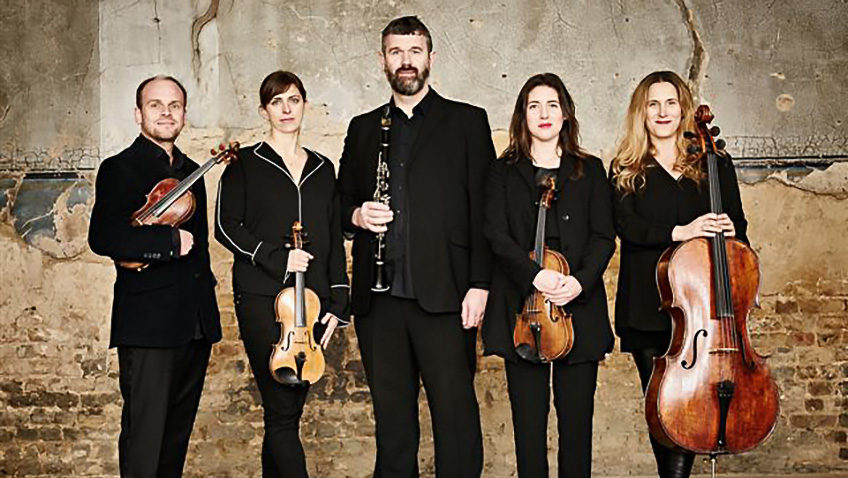 Ensemble 360 delight in bringing the joy of music to life

For babies under one right through to anyone older than the hills, the Classical Greats Music Festival weekend at Doncaster CAST offered lots of scintillating treats.

Music in the Round is at the forefront of a growing movement for highly accomplished performers to spread the life-enhancing joys of top-notch dance, drama and music to broader swathes of the community. But it’s now not just to enthrall tots and youngsters that new, top quality entertainments are being eagerly created, but increasingly to enrich the lives of those living with dementia, too. Pouring their remarkable expertise and enthusiasm in this latest direction come the dynamic, world-class musicians of Music in the Round’s Ensemble 360.

As a varied, daytime programme of wonderful pieces was performed with gloriously polished panache by Claudia Ajmone-Marsan, Ruth Gibson and Naomi Atherton on violin, viola and French horn, smiles of recognition and delight spread across faces, hands tapped, songs took flight and hearts were uplifted. For the semi-circle of carers and those who live with dementia, many in wheel-chairs, there was friendly chat, too (not to mention tea and cake!) Bach’s ‘G’ string Air conjured up relaxing moments – and famous cigar ads, perhaps – while Massanet’s delightful Meditation soothed so effectively, a little meditative nodding off seemed on the cards. But fingers, feet, drums, rattles, shakers and tambourines were set keenly tapping and rattling during the fire and fun of Bartok’s string duos, Mozart’s (- and Flander’s and Swan’s) ever popular horn themes, rousing Irish jigs and a Viennese New Year Radetsky March. Travelling from Summertime to Somewhere Over the Rainbow brought very extra special moments, too, for those delighted to sing.

Maybe the folk at the Dementia-Friendly Concert would also have enjoyed the Concerteenies show. Everyone there certainly did. How amazing to see babies less than one-year-old sitting riveted and rapt in wonder as Louise Thomson’s shining harp, Goldie, filled the room with silken, spellbinding Bach. They didn’t know friendly, chatty Louise has played more than once for royalty but, like their parents and carers, they did know they were in heaven. The magic of a thousand dreamy bubbles wafted across the soft mats to enhance Tchaikovsky’s fantasy before diaphenous scarves floated and fishes and frogs appeared Au Bord du Ruisseau. All turned upbeat and clappy as a traditional baby harp conjured up the Scottish highlands, then, party hats on heads, shakers and rattles were shaken and rattled for a Venezuelan Fiesta. A boat trip on The Swan, a Twinkle, Twinkle song with glittery stars on sticks and some Gershwin jazz completed this captivating programme of stunning artistry, all repeated for a lucky group of one to two-year-olds and their adults. 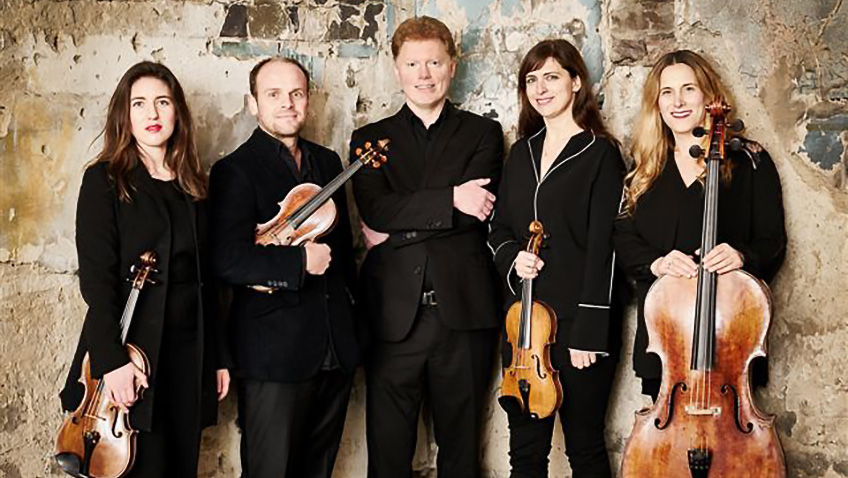 In the foyer below, toots, blasts and strums filled the air as older children chanced their arm – and lips – on trombone, cornet, clarinet, recorder, guitar or ukulele. Some made shields and helmets, too, ready to join in the actions and catchy songs at the family concert of Sir Scallywag and The Battle of Stinky Bottom (previously reviewed and still in the archives) while a Come and Sing choir of adults worked in masterclass fashion in the studio with musician and educator Mat Wright whose celebrated Barnsley Youth Choir rides high in the world rankings.

In two evening concerts showcasing Mozart, Beethoven and Haydn, the stunning talents and synchronised sensitivity of Ensemble 360 amazed and enraptured as always, carrying the spellbound audience along inside the music on buoyant waves of sheer delight. In Haydn’s remarkable Sun quartet, violins, viola and cello brought exquisite interweaves and blends of texture and tone to the drama, while Matt Hunt added clarinet magic to the Mozart clarinet quintet, Naomi Atherton brought her resounding horn to Beethoven’s sonata and Tim Horton brought his own Beethoven sparkle to the piano for the Archduke trio. As at every session, the sway of bodies and the dance of facial expressions – frowns, scowls, poignant smiles, glances of anticipation and suspense – played their part in each divinely eloquent musical conversation, a treat for eyes as well as ears. 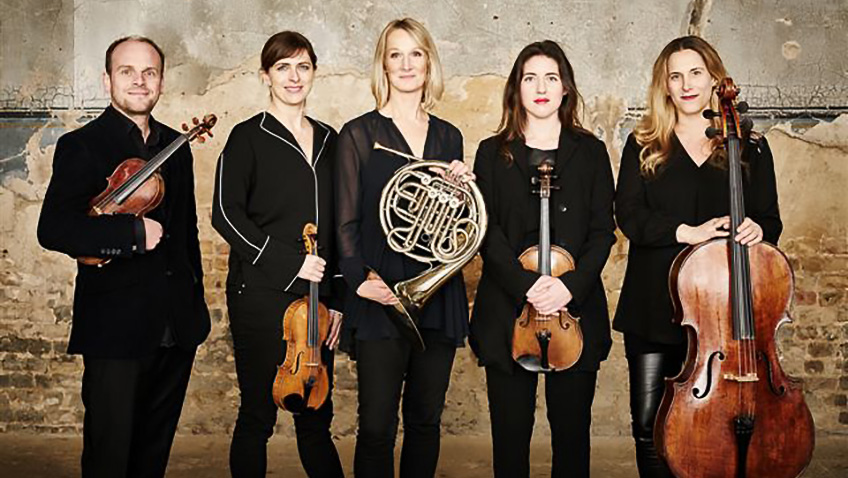 It’s obvious the aims and visions of the late Peter Cropper, who, over thirty years ago, established multi-award-winning Music in the Round at the Sheffield Crucible as the largest promoter of top-grade chamber music outside London, remain foremost. As they thrill and entertain in friendly, informal, in-the-round venues, these players of passion, vitality and great virtuosity set out to inspire and enrich lives, too. In equal measure they pour that same commitment, dynamism, panache and delight that energise each concert into learning and participation programmes in the wider community, assisted in recent years, too, by acclaimed baritone Roderick Williams.

Whoever the audience, as Ensemble 360 move in mysterious sways their miracles of talented togetherness to perform, their delight in bringing the joy of music to life is never diluted. No wonder tickets so often sell like hotcakes!