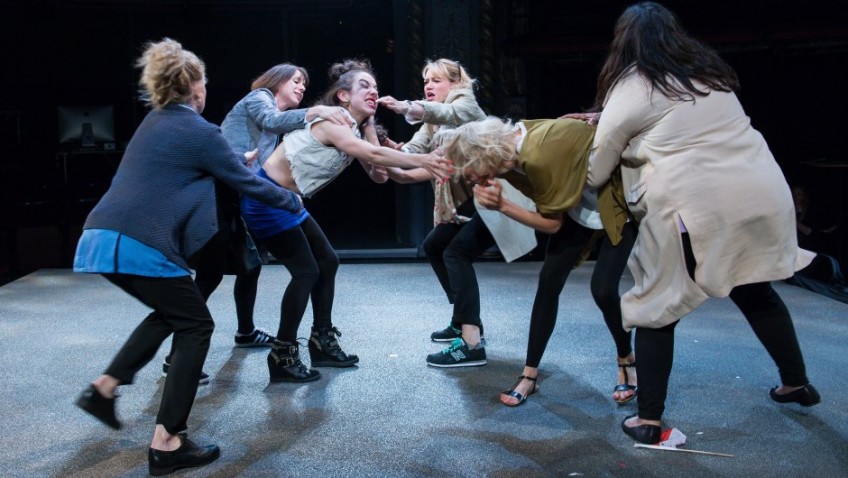 Matthew Warchus is now artistic director at The Old Vic and his tenure gets off to a good start with Tamsin Oglesby’s Future Conditional, a debate on equality in education which will give audiences plenty to talk about. The audience on the press night included Ed Milliband.

What sort of education do we want for our children and how can we make it fairer for all? Should there be public schools? Should there be academies? Should the top universities take in a wider range of students? Everybody wants the best for their child and some are prepared to pay and cheat to get it. The debate has three separate strands: one features the parents, another features a research committee, and a third, in a series of monologues, shows the teacher in the classroom.

The play is held together by a student refugee who is grateful for everything Britain has offered her; and not least an education which would have been denied to her in Pakistan because she is a woman and the wrong class. Nikki Patel makes an impressive stage debut as the girl. Rob Brydon, the only big name in an admirable ensemble, plays the comprehensive school teacher and he has a fine speech when he is at his laptop and types an apology to a parent.

The scenes with the mums waiting at the primary school gates show desperate women prepared to do anything to get their children into a decent school or any school. Lucy Briggs-Owen is very funny as a pushy middle-class mum frantically defending her actions.

The scenes with the committee are amongst the most entertaining with Joshua McGuire (Eton educated) and Brian Vernel (state school educated) at loggerheads. Both adult groups of adults are liable to behave like a lot of naughty children and resort to fighting

Matthew Warchus has turned the whole debate into a lively theatrical experience and made certain that the bustling scene changes maintain the momentum.