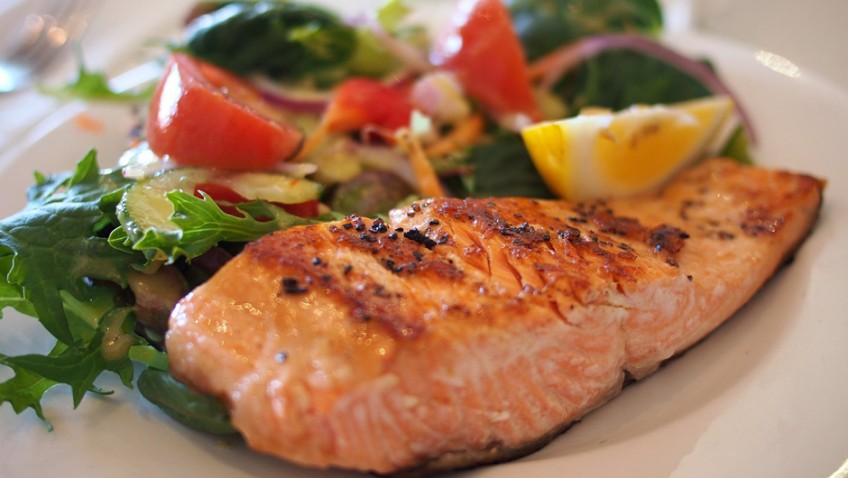 Eating fish just once a week can protect the elderly against dementia, according to new research.

Post mortems on almost 300 pensioners found those who regularly ate seafood had healthier brains when they died.

There were fewer signs of dementia and Alzheimer’s disease amongst those who had fish at least once a week.

Nutritionist Dr Ondine van de Rest, of Wageningen University in Holland, said: “This is the first study in which it was possible to conduct research on the presence of markers of dementia and Alzheimer’s disease in the actual brains of test subjects.

“As such, it enabled us to objectively view the association with fish consumption.”

The association was found amongst carriers of of a gene known as APOE E4 that puts them more at risk of developing Alzheimer’s and dementia.

The study, published in the Journal of the American Medical Association (JAMA), began in 1997 and followed elderly people living around Chicago, recording their eating habits and other lifestyle factors. After they died, the brains of 286 participants were examined for dementia and Alzheimer’s.

But it is still too early to confirm eating fish on a weekly basis wards off dementia in genetically vulnerable people given this has not yet been consistently shown in other studies, said the researchers.

Eating more fish entails consuming higher concentrations of heavy metals such as mercury, which can damage the kidneys, liver, brain and nervous system in big amounts.

Dr van de Rest and colleagues found in their study the higher the intake of fish, the higher the concentrations of mercury. But as these did not correlate with a greater number of markers of dementia, it was not the case it harmed the brain.

The Dutch Health Council’s Guidelines for a healthy diet, revised in 2015, reads: “Consume one portion of fish a week, preferably oily fish.”

The basis of this is more on the beneficial effect eating fish has on cardiovascular diseases, but this could also be good advice for maintaining a healthy brain, said Dr van de rest.

But it is recommended to vary the type of fish consumed. Tuna, mackerel and eel can contain high concentrations of heavy metals. The same applies to crustaceans and shellfish, such as lobster, Chinese mitten crab, mussels, squid and octopus.

The latest findings add to previous epidemiological studies that have already indicated eating fish is associated with decreased mental decline and a reduced risk of dementia.

But a similar effect from fish oil supplements has not yet been convincingly demonstrated.