Home / TRAVEL / A pilgrimage to the Holy Land 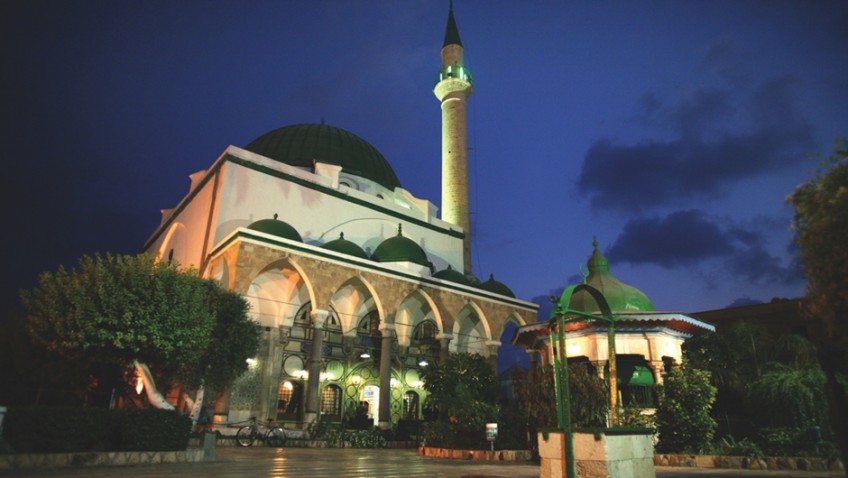 A pilgrimage to the Holy Land

The crowded plane taking us from Luton to Tel Aviv gave me a glimpse of the first religion of Israel as it was full of orthodox and Hasidic Jews making a pilgrimage to their holy land. The hats and prayer shawls of the men and the regime of afternoon prayers on the plane made me realise that this is a country at the centre of many world religions.

My initial delight was to see the sites of familiar biblical stories and to visit the Crusader strongholds, but the longer I was in this beautiful country the more my eyes were opened to its significance to so many faiths.

Muslims and Christians live in communities alongside the Jews and the many different sects of each religion co-exist in a tolerant atmosphere. The director of the local Israel Antiquities Authority explained how they rely on the local Arabs to help conserve the archaeological sites in the cities.

Our first day was spent in Acre at the site of the Hospitaliers’ castle, but we walked through the back streets and passed a mosque as well as visiting an ancient synagogue. All around us were reminders of the great Ottoman Empire and their powerful culture.

The following day we visited the Baha’i shrine and magnificent formal gardens. This is the shrine of Bahá’u’lláh, the 19th century prophetic figure who claimed to be the Messenger of God to the age of human maturity. The Baha’i Faith is founded on His teachings which are the most powerful force for the transformation of human conduct, human relationships, and the structure of society.

In the afternoon we went high into the mountains to a kibbutz and where we learnt of the struggle of the Jews to establish their settlements to gain independence from the British mandate in 1948.

Also at a small settlement high above the border with Lebanon we were welcomed into the home of a Bedouin family and learnt some of the history of the previously semi nomadic tribes. It was a privilege to be in their home and to meet their family. Hospitality is a vital part of their way of life.

While we were at this northernmost part of the Israel coastal border we visited some spectacular caves and stood on the heavily guarded border point. Security here is a very serious issue and is in marked contrast to Europe’s borders. Endless wars and alien occupations have left their scars on this ancient country.

Saturday being the Sabbath our excursions were limited; however we did go to the modern city of Haifa and were shown around the ancient Stella Maris monastery high on Mount Carmel. For Christians this is a sacred holy site and is still the centre for the Carmelite order. The church which is built over a cave — which is venerated by Jews, Christians and Muslims — is also thought to be where Elijah established a “school of prophets” and where his successor Elisha, among others, studied.

In the afternoon we were driven back into the mountains to a Druze settlement. They are mainly a secret community, but made us so welcome; showing us how they prepare and cook their food and explaining their strong beliefs.

The Druze religion is an outgrowth of Islam, although Muslims disavow it. The religion also incorporates elements of Judaism and Christianity. When the religion was established, its founders were influenced by Greek philosophy and Asiatic thought. Their progressive ideas—including the abolition of slavery and the separation of church and state—were considered unorthodox and placed its followers at risk. This cloak of secrecy continues today.

Somehow all these different churches exist in relative peace in Israel, which is the cradle of so many creeds and the melting pot of modern civilization. Conflict still exists mainly in the areas of disputed lands, but to understand even a fraction of its history a trip to Israel should be on everyone’s bucket list.

Even without its history and religious significance this is a country with so much to offer with beautiful beaches, wild countryside, a Mediterranean climate and superb food and wines. A smiling welcome for all – Shalom.

For more information, visit www.goisrael.com or your local travel agent