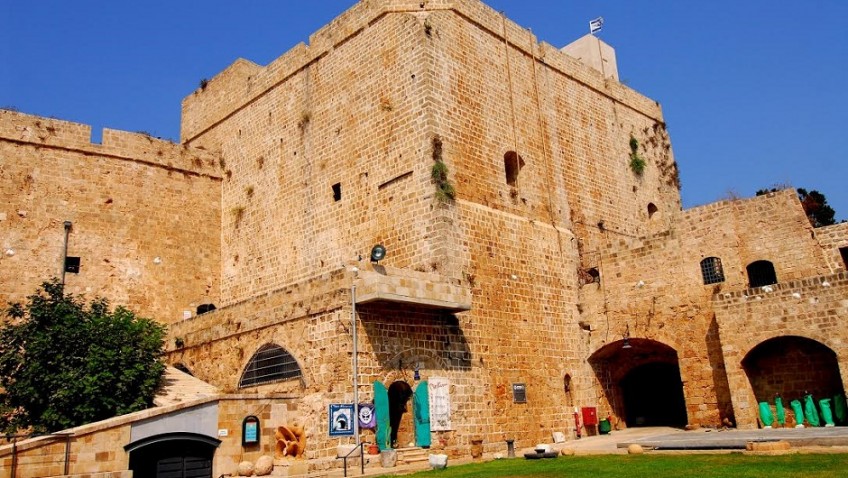 The ancient city of Acre now called Akko in the north of Israel is definitely a place to visit and with so much history continually being unearthed it has been nominated as a UNESCO World Heritage site.

Landing in Ben Gurion Airport in Tel Aviv after a 5 hour EasyJet flight, it was a two hour trip to the Akko in the north. The roads are excellent and it is a good way to pass through the countryside reading signs that point the way to places that are mentioned in the Bible.

There is so much ancient history surrounding you that it is hard to take in that you are actually in the place where Salome requested the head of John the Baptist and where the river Jordan runs from the Sea of Galilee to the Dead Sea. We were here to see the site of the Crusader settlement where the Knights had their stronghold and fortified port from which they fought their Holy War to save the Christian heritage lands from the Infidel. The story of the Crusades covers two hundred years from 1095 to 1291 yet has shaped the story of Europe and the Middle East.

Fortunately, much of the old city remains today and has been sensitively unearthed and restored so  visitors can experience the splendour of the architecture and enjoy the vast chambers that the Hospitaliers build to treat and succour pilgrims of the Crusades. The vast central courtyard with its steps leading up to the ramparts was designed so that the Knights could ride their horses up the stairs.  I almost wished for a horse to try it myself.

A 4,000-year old story unfolds inside the halls of the citadel – the museum displays and films projected on the walls tell the story of the Crusades and offer in depth historical information regarding the various eras. During this tour, each visitor receives a headset, to listen to the narrative in one of 10 different languages, with which to operate the displays.

In the evenings there is the opportunity to take part in a Crusader feast featuring entertainment followed by a tournament of Knights and jousting on horseback.  We were honoured by a visit from Richard the Lionheart and his Queen, but it this may have been a step too far as historical facts may have been sacrificed in the pursuit of entertainment: but enjoyable none the less.

Knowledgeable guides explained the story of how the city was preserved when the Christians were expelled from the city in 1291 after a long siege.  In the 18th century, during the Ottoman period, the city leader Ahmed el-Jazzar known as the Butcher, buried the old city under sand and rubble enabling it to be preserved in such good order.  So many layers of history exist in and under this city that it warrants spending plenty of time here.

There is so much to see dating back to the Ottoman Empire which has provided a legacy of magnificent structures including the 18th century Hama al Basha bathhouse. The inhabitants of Acre are still very proud of their defence against the siege of the city in 1799, which was an unsuccessful attempt to seize the Ottoman-defended, walled city and was the turning point of Napoleon’s invasion of Egypt and Syria. It was one of his few defeats and there is a hill outside the city named after the vanquished Napoleon.

The old streets, Arab quarters, markets and places of worship including mosques, synagogues and churches can be explored as well as a stroll to the port and harbour.  The old town walls and remnants of the busy port provided the pilgrims with their entry to the country and its religious sites. With the city being occupied by so many conquerors and religions from the Canaanites, Romans, Turks and British this is truly a place where every street or alley oozes history.

The integrity of the town has not been spoilt by the tourism and in many places you can easily imagine that the Knights Templar and Hospitaliers are still in charge.

Certainly the hospitality and welcome is warm and friendly.  I cannot fail to comment on the food that we enjoyed, particularly in the famous Uri Buri restaurant where we met its legendary chef Uri who also owns one of the best hotels in the town.  Uri runs seminars on the crusader period from his Efendi hotel which, if you are interested in this period, is highly recommended.

I would come back to this country just for the food and wine, but there is so much to do and see and so much history it is impossible to take in on a short trip. I’ll be back!

For more information on this city visit www.akko.org.il  or the Israel Ministry of Tourism at www.goisrael.com