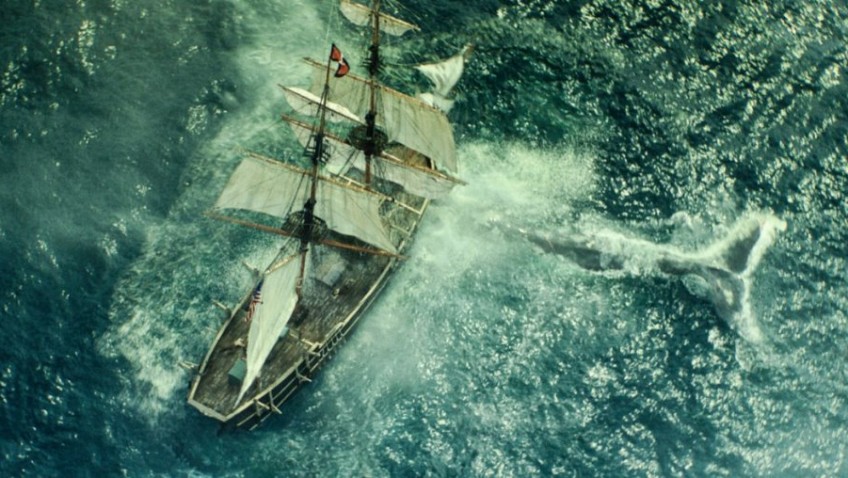 When ‘Happy Days’ child actor Ron Howard turned director, one of his early acclaimed feature films was Splash set on the Massachusetts coast, a ferry ride away from Nantucket island, where Heart of the Sea begins and ends.

On a boat tour, a little boy nearly drowns chasing a beautiful mermaid in the water, but after being pulled from the water, believes it was simply a near-death experience. Years later the boy, now an adult, finds himself on the same beach along side a beautiful naked woman.

She is, of course, the phantom of his youth.  Howard graduated to larger scope, bigger budget films with Apollo 13, A Beautiful Mind and Rush co-starring Chris Hemsworth as Formula One Racer James Hunt. 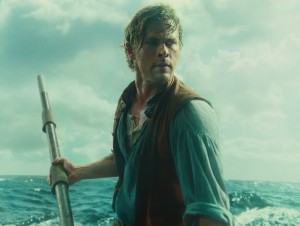 The Heart of the Sea, which again stars Chris Hemsworth, is Howard’s most expensive film by far, and an epic on a grand scale purporting to tell the real story of the ship the Essex, the inspiration for Herman Melville’s Moby Dick. As a story, however, it has obvious parallels with the far more modest Splash, but without that film’s brilliant script, and without that film’s brilliant script and without Splash’s magical interplay of illusion and reality.

The little island of Nantucket off the coast of Massachusetts was, in 1820, populated by magnates of the whale-oil industry and men from a far humbler background needed to run the ships and manage the on-board oil extraction.

Such a man is First Mate Owen Chase (Hemsworth), whose badge of whale teeth, long scar across his handsome face, record number of oil barrels filled per outing, and the endorsement of his loyal crew, make him prime candidate for Captain of the newly refitted Essex.  Instead, the ship owners promote one of their own: the inexperienced, posh George Pollard (Benjamin Walker). 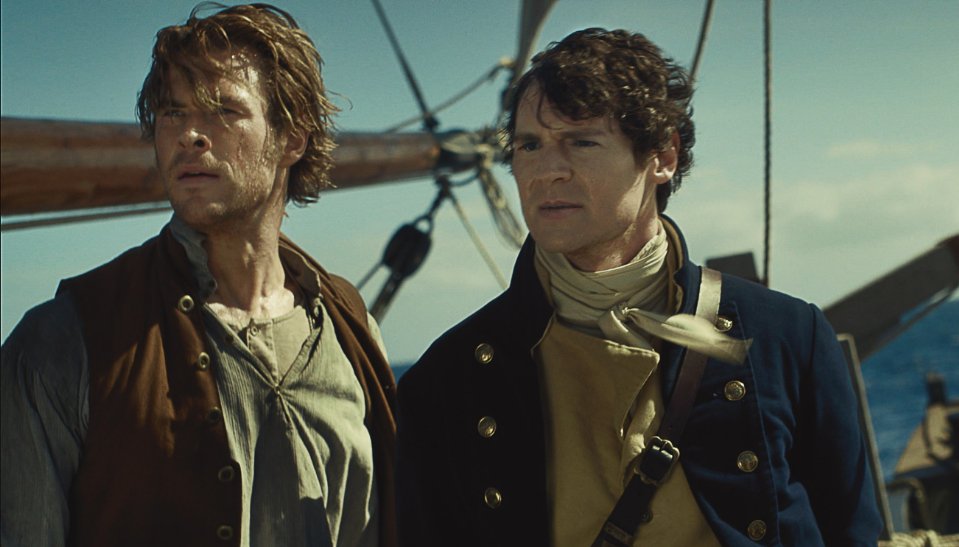 This should set up the central conflict of the film, but it doesn’t. The clash of egos present in Mutiny on the Bounty and in John Huston’s adaptation of Moby Dick is muted here and only flares up in one early squall.  Unlike Captain Bligh and Captain Ahab, Pollard knows he is the wrong man for the job, but has been programmed to assert his class superiority over his men.

The tension in the story comes instead from Nature, and specifically, from a piebald giant sperm whale that seems to be targeting, not Pollard, but Chase (who gives ‘chase’ with his harpoon) and his men.

This ‘Moby Dick’ is less a metaphor than a personification as the whale holds a grudge matched only by Paul Kersey’s in Death Wish and doggedly pursues the hapless crew as they float, at death’s door, in a life boat like Pi Patel in the Life of Pi.

In fact, it was, according to Howard, upon seeing Ang Lee’s Life of Pi that he felt the technology was there to undertake In the Heart of the Sea.  But whereas Lee used technology to blend the fantasy (the tiger) with Pi’s life boat (floating in a huge wave tank in purpose built in a disused airport) Howard dispenses with the fantasy element and wants to make the angry whale real.

The little boy in Splash! And the young man in The Life of Pi accept that the animal with them at sea might be a ‘near death figment of the imagination’, but the filmmakers of In The Heart of the Sea, fatally opt for explicit realism. 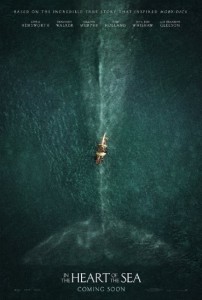 If the technology is not used to plant doubt in our minds, it is successfully used to capture the realism of life at sea (the cutting up of the whale is graphically depicted).  Less successful are the fast-paced chase sequences where the cutting between angles and boats makes it difficult to follow what is happening.  The closest to a large scale action-adventure movie Oscar winning British cinematographer Anthony Dod Mantle has ever come is with the historical drama The Eagle.

The 1820 story is framed by Herman Melville’s (Ben Whishaw) 1850 visit to the humble abode of Thomas Nickerson (Brendan Gleeson) cabin boy (Tom Holland) on the Essex, and now sole living survivor of the Essex.  Much to his long-suffering wife’s (Michelle Fairley’s) chagrin, Thomas is drinking himself to death, haunted by the memories of the Essex voyage.  In a kind of reversal of the therapist/patient relationship, after taking Melville’s money, he unburdens his conscience of the memories, while Melville gains the idea of a story.

The story Melville tells, however, is very different, not least because in Nickerson’s tale it is Chase, with his half-hearted, ‘As I live and breathe, he’s mine!’ who seems obsessed by the whale, not Pollard. 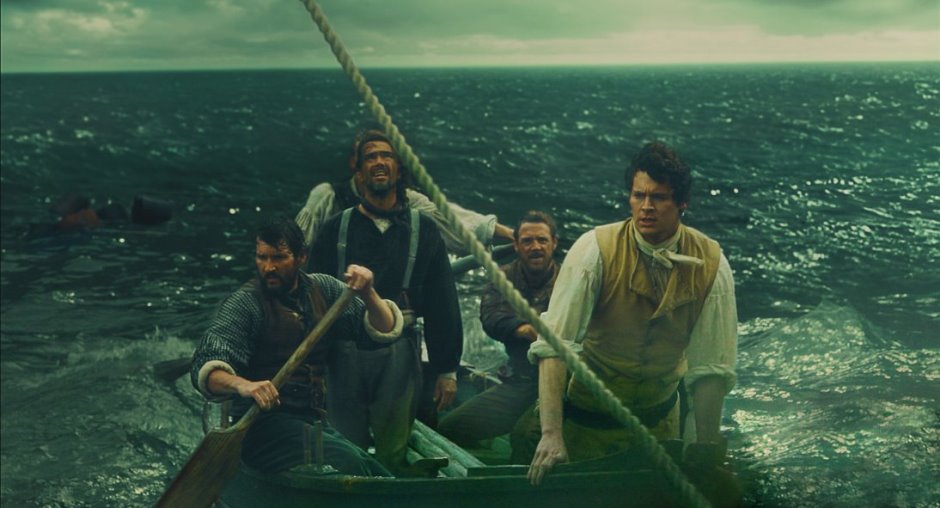 Captain Ahab is pure fiction. Melville’s masterpiece let the reader decide to what extend the whale is a real enemy as opposed to a metaphorical obsession, whereas, Howard, flaunting scientific evidence, wants us to believe the white sperm whale acted with malice and intent.

The flashback does allow Howard, and scriptwriter Charles Leavitt a nice touch, after Nickerson (who has somehow learnt to read) shows his preference for Melville’s rival Nathaniel Hawthorne. A caption quotes Hawthorne’s high praise for Moby Dick, published in 1851. There is no caption to tell us that the novel, ridiculed by many critics, was a commercial flop.