Home / LIFESTYLE / REVIEWS > / FILM REVIEWS / Director Ridley Scott immerses us in an elite world that is fun to inhabit because we know we can get out. 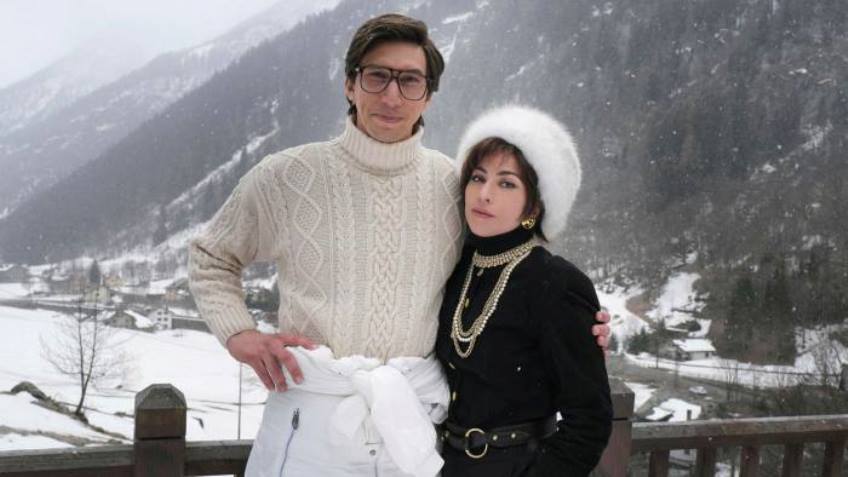 Director Ridley Scott immerses us in an elite world that is fun to inhabit because we know we can get out.

From the small screen to the big screen, from Dynasty, The Crown and Succession to The Godfather, Knives Out and The Many Saints of Newark, family power grabs have mass appeal. Even the title of the underlying source material, Sara Gay Forden’s book The House of Gucci: A Sensational Story of Murder, Madness, Glamour and Greed, spells out the main attraction. Most people have families after all, and if you do not have a family business, there is property and inheritance to be fought over. And no one does this quite a sensationally as the superrich.

Hot on the heels of The Last Dual – Ridley Scott’s true story of a brutal property dispute settlement in Medieval England – the 84-year-old director turns to a modern-day true story with House of Gucci. The title underlines the film’s theme that is a house is not a home. And this family feud has the added bonus of featuring a brand most people have heard of and seen, if not owned.

Though viewers over forty will know the outcome, the suspense lurks in the details. And like a Shakespearean tragedy, we are gifted with dramatic irony, as we watch the inevitable self-inflicted downfall unfold, until a corporate outsider comes in like the Norwegian warrior Fortinbras to survey the bloody scene of Hamlet’s murder and make order of it.

The first half of the film, which begins in Milan in 1978, focuses on the seduction of law student Maurizio Gucci (Adam Driver), the son of Rodolfo (Jeremy Irons) and nephew of Aldo (Al Pacino), the two feuding brothers who reaped the rewards of their father’s leather business and, in their ways, contributed to it. Rodolfo is the creative purist, with exacting standards for design and authenticity, while Aldo is the wheeler-dealer continually seizing on ways to commercialise the brand, even spawning a “legitimate” counterfeiting business to sell copies in street markets.

Growing up in this atmosphere (Rodolfo, a former actor, sits in his mansion watching old films on his projector), mild-mannered, innocent and impeccably dressed Maurizio wants none of it. But his last name is Gucci and sexy, savvy Patrizia Reggiani (Lady Gaga), who works in her father’s Mafia-linked trucking business, wants all of it.

They meet at a party where she is an invited outsider who does not even know the society-host. Realising that she will never see this awkward dancer with the Gucci name again, she stalks him, following him into a bookstore. Patrizia admits she gets bored reading as Maurizio collects law books. After Patrizia seduces Maurizio in a rowboat, he invites her to lunch at his father’s, where she mistakes a famous Klimt for a Picasso.

When Rodolfo asks her about her interests, she replies, ‘Well, I am a very social person’, and we soon see how she uses her people skills to ingratiate herself with Aldo, befriend, cajole and dupe Aldo’s batty son Paolo (an inspired, if increasingly annoying performance from Jared Leto) who thinks he is a great designer, and like Lady Macbeth, manipulates Maurizio into becoming something that he never wanted to be.

Rodolfo discourages Maurizio’s enthusiasm for Patrizia, pointing out that she is a gold digger, but he does not see it. And to her credit, in a nuanced and perfectly judged performance that ups the ante on her revelatory performance in A Star is Born, Lady Gaga does seem to love Maurizio. If love means wanting the best for your partner, and wanting to maximise his potential, her love knows no bounds.

When Aldo gives her two Concorde tickets to New York for the opening of the new Gucci store, it is Aldo trying to get to Maurizio through his wife. She uses her powers of physical seduction to persuade Maurizio to attend the opening where her greed is fed by a shopping spree and Aldo’s gift of anything in the store she wants.

Of course, Aldo underestimates Patrizia, as does everyone but fortune teller Giuseppina Auriemma (Salma Hayek) who becomes her cheer leader and accomplice in crime – for an agreed price.

So, when Rodolfo passes away and Maurizio’s discreet lawyer, business adviser and righthand man, Domenico De Sole (Jack Huston) points out that upon his death, Rodolpho had not signed the share certificates for his half of the company, Patrizia must act. We must wait for the repercussions of her actions to catch up with her.

Patrizia’s strategy is to divide the family, turning one against the other so that only Maurizio remains. And the birth of a baby daughter helps to keep Maurizio docile, despite being alarmed by her aggressive meddling in his affairs. And despite Maurizio’s protests and warnings he gets dragged into her plans, which she tends to execute without his knowledge, giving him no choice but to acquiesce.

Aldo makes no secret of his low opinion of his son, Paolo, and Paolo retaliates, paving the way for Patrizia to send Aldo away for tax evasion on his New York store. Then she concocts a devious plan to deceive Paolo who is planning to create a new offshoot brand. But the business is losing money, and none of the top European design talent want to join a competitor, especially a toxic brand, limited by its image.

It is the shrewd De Sole who persuades Maurizio to let a young, unknown from Texas, Tom Ford (Reeve Carney) present Gucci’s clothing collection, while finding a luxury goods conglomerate to buy out the bankrupt Paolo and Aldo, upon his release from prison. But this well-run company begins to scrutinize Maurizio’s extravagant lifestyle, just as he ditches Patrizia, finding solace with an old friend (Camille Cottin).

Hell hath no fury like a woman scorned. If the first half of the film is the seduction of Maurizio, the second is the game of musical chairs that leaves just one person left.

With no characters to really care about and the inevitability of the downward spiral, this is an easier movie to admire than to love. But Lady Gaga, Adam Driver and Al Pacino’s great performances, the jaw dropping sets and superb production design, fabulous costumes and ravishing displays of wealth draw you into an elite world that is fun to inhabit, if only because we know we can get out when the end credits roll.