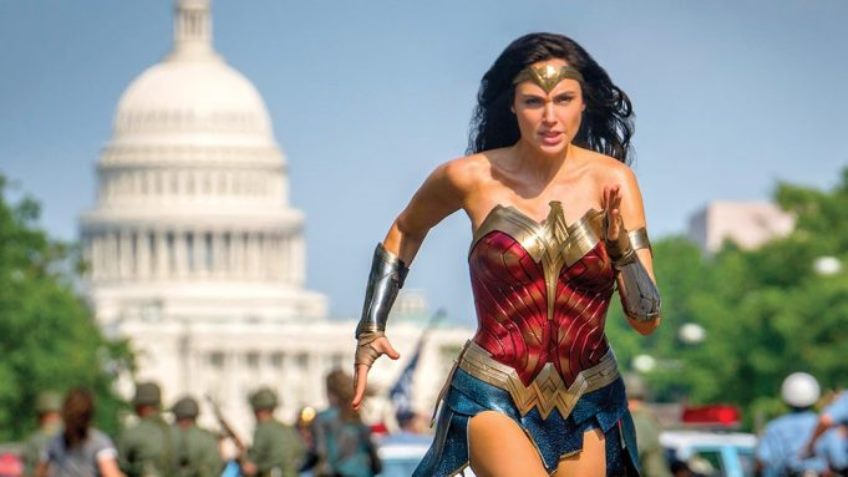 William Moulton Marston, the American psychologist who co-created the Wonder Woman comic in 1941 with artist Harry G Peter, would have loved Gal Gadot. The former Israeli soldier and Ms Israel portrays both a flesh and blood beauty who puts her job on hold for her man, and a fierce warrior queen, who must fulfil her destiny and save humanity. The talented Patty Jenkins (who also wrote and directed the chilling, moving serial killer biopic Monster, starring Charlize Theron) makes films with three-dimensional, complex women. Wonder Woman 1984, the sequel to her hit 2017 blockbuster, Wonder Woman, has two of them: Gadot and Kristen Wiig who transforms from the awkward, nerdy geologist Barbara Minerva into the sexy, confident, but loathsome Cheetah.

Wonder Woman 1984 has a lot going for it but suffers from an imbalance of relatable narrative plot to CGI video game. The first half is deliciously fun escapism. The second half is more tedious than exciting, more ludicrous than cathartic.

Though Jenkins co-writes the sequel with two new writers, she is smart enough to begin the sequel with a flashback to Princess Diana of Themyscira at home with the Amazons, one of the highlights of the original film. Here, (the Spanish landscapes are breath taking) young Diana (future star Lilly Aspell) is competing against adult Amazon warriors in a triathlon with stunts that fall somewhere between the Fast & The Furious and Mission Impossible. That Aspell does her own stunts (including precision archery from a galloping horse) makes it all the more thrilling.

The Themyscira segment also provides the back story those new to the franchise need. The Amazons who live on the hidden island were created by the Olympian gods to protect mankind from the jealous god Ares, who got the better of all of them but Zeus. Zeus (Diana’s father) managed to get rid of Ares, but not kill him, and he empowered the Amazons with superhuman strength in the event of Ares’ return.

The flashback segment serves two other purposes. The first is to remind us that the stunning woman we first see swinging across the Southfield Mall in Washington D.C. in 1984 to protect the public from nasty criminals has made a long journey in space and time. The second is to give us what seems to be the moral theme of the story.

Diana, trained in combat by her Aunt Antiope (Robin Wright) against the wishes of her mother Hippolyta (Connie Nielsen), is watched approvingly by Antiope and nervously by Hippolyta as she takes the lead in the triathlon. Then Diana is knocked off her horse by a branch and misses a target. She craftily catches up with her horse down the cliff and makes up for lost time, but the prize is denied her because, as Antiope says, ‘you are not ready to be a leader.’ Diana cannot face the truth.

This theme of a leader’s responsibility to face up to the truth and tell the truth is nothing if not timely and topical with fake news being one of the buzz words of the past 5 years, and not only in the USA. Curiously, though, instead of exploiting this theme, the plot contorts it and revolves around another motto, ‘be careful what you wish for.’

Single father Maxwell Lord (Pedro Pascal) is being pressured by investors when his oil exploration business delivers only dry wells. When Lord hears about a cache of geological artefacts brought into the Smithsonian Museum by the FBI he poses as an interested patron and asks to see the stones. The antiquities happen to be assigned to insecure, awkward Barbara Minerva (Wiig), the office wallflower. Lord, experienced enough to sense a vulnerable woman when he sees one, seduces her. This charade is not lost on suspicious Senior Anthropologist Diana, the immaculate, impeccably dressed linguist and all-around overachiever whom Barbara idolises – and envies.

In examining the rock, later identified as the Dreamstone (with a Latin inscription that Diana can, of course, read) lonely Diana inadvertently wishes that her deceased WWII pilot lover Steve Trevor (Chris Pine) from Wonder Women were with her. Steve materialises in a mildly amusing fish-out-of-water routine that mimics that of Diana brought into the second world war in the original film. Preoccupied with her lover, Diana forgets about the museum long enough to allow Lord to take possession of the Dreamstone.

Before parting with the stone, Barbara wishes she could be like Diana. Her transformation into a hot, confident, head turner is instantaneous, but it takes a few days for her to realise she has acquired physical powers and strength as well. As for Lord, he wishes to become the stone itself with the power to grant wishes. When his wish is granted, he becomes the most powerful man in the world as each wish brings him the ability to take whatever he wants from the grantee, in exchange for the gift.

Given this wish fulfilment scenario, the possibilities are endless, but you can see where the film is going – into CGI oblivion. As Lord’s wish granting becomes endlessly farfetched, it becomes endlessly tedious.

Max Lord is, of course, the ultimate Gordon Gekko symbol of the 1980s, and the world’s enthusiasm to sell their souls to this Goldfinger epitomises the greed of the 1980s. There is nothing, however, big brotherly about 1984, except Lord taking over the broadcasting channels after a visit to the US President. The cold war comes in late, but predictably, when Lord takes over the USA’s nuclear airheads and war and Diana, whose powers are waning as a result of her wish, (like Superman’s during a grey UK winter) must make a personal sacrifice to save the human race.

The “truth” motto of the Amazon scene reappears only when Diana uses the Lasso of Truth to fight Barbara, now a rather unconvincing Cheetah, who spitefully though senselessly supports the evil Max Lord with her superhuman powers. By the time she lasso’s Lord himself she is expiring, along with the audience. But the truth has no functional role in the plot as the truth seems to be that the Dreamstone really does work.

Weakened by her wish to have Steve back, Diana must decide if she can let him go once again to focus on saving the world. This decision is not as heart breaking for us as for Diana, as Pine, who was so charming, sexy and heroic in the original film, here, looks curiously old, and acts childishly, only coming into his own during mortal combat in Egypt (which might raise a few eyebrows since Gadot is Israeli).

You can also read our review of Wonder Woman by clicking here.