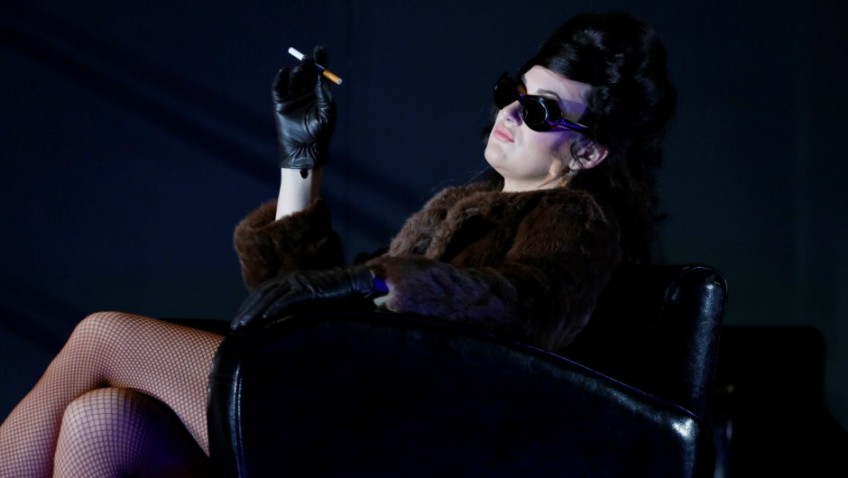 David Alden puts his cards on the table

Tchaikovsky was moved to tears by Hermann’s death. But in Alexander Pushkin’s 1833 novella the tormented Hermann, the compulsive gambler in financial and sexual difficulties, doesn’t shoot himself. He ends up in the mad house.

David Alden, taking his cue from Pushkin, does what David Poutney also did in his production at ENO in 1983, and sets all the action in Hermann’s mad head. The opera becomes his dream, his hallucination and his nightmare. The hands of the clock on the hospital wall do not move.

There are things about Alden’s production which irritate: the ugly expressionistic setting and the 20th century costumes, for starters. There are so many chairs stacked high in a messy pile they could be used as a barricade by the student revolutionaries in Les Miserables or they could be used in a play by Ionesco.

Lisa, the woman Herman loves, has the most peculiar girl friends.  Paulina is cast as a leggy drunken prostitute. The chorus is required to crawl on their hands and knees and wear huge toy animal heads, including ones of Mickey Mouse and Goofy.

A man gets into a tutu and prances. Six bearded men, dressed as waitresses, move hospital screens round the stage.

If you want The Queen of Spades to have the full Imperial Russian 18th century Rococo you won’t find it here. You will have to watch the 1948 classic Thorold Dickenson film version with Anton Walbrook as Hermann, Yvonne Mitchell as Lisa and Edith Evans (magnificently costumed) as the old Countess.

The second part at the London Coliseum is infinitely better than the first part. There is a great scene between Hermann (Peter Hoare, no Byronic romantic figure) and the Countess (Felicity Palmer, fragile and ghostly) in which he literally frightens her to death when he tries to wrest the secret of a winning-streak of cards from her.

There is an effective scene when Herman confesses to Lisa (Giselle Allen) that he has been unable to kick the gambling habit and she cuts her throat with a broken bottle. In the original she commits suicide by drowning.

There are strong performances from Gregory Dahl as Tomsky and Nicholas Pallesen as the Prince, who has a fine aria in the first part.

The final gambling scene, totally surreal, is exciting. Orchestra and chorus are magnificent and Tchaikovsky is thrillingly dramatic. The conductor is Edward Gardner who takes his farewell as ENO’s musical director on a high note.