Book of the Week

The Versions of Us by Laura Barnett

Eva and Jim are nineteen and students at Cambridge when their paths first cross in 1958. Eva has a boyfriend, David, an ambitious actor who is also like Eva.

The start of the book quotes a line from the Amateur Marriage by the revered Anne Tyler, which signals the tone of this story of everyday folk who fall in love, marry and try to raise a family.  It shows that we are all learners at this game.

The Versions of Us explores the idea that there are moments when our lives might have turned out differently, the minute issues or decisions that could determine our fate, and the precarious nature of the foundations upon which we build our lives. It is also a story about the nature of love and how it grows, changes and evolves as we go through the vagaries of life.

This is a clever book, how the author keeps the three strands of narrative in the air requires great skill and there were times that I wondered how she did it.  There were also times I wondered why she did it as I had to concentrate on the different casts list of each tale.  She was very brave to attempt this literary juggling but I am glad she did.

Because it kept me on my toes identifying each thread there was no skimming of pages or speed reading I had to really concentrate but the effort was hugely worthwhile.  Not just a consummate organiser,  Barnett is a proficient writer who had me engaged with all the characters. 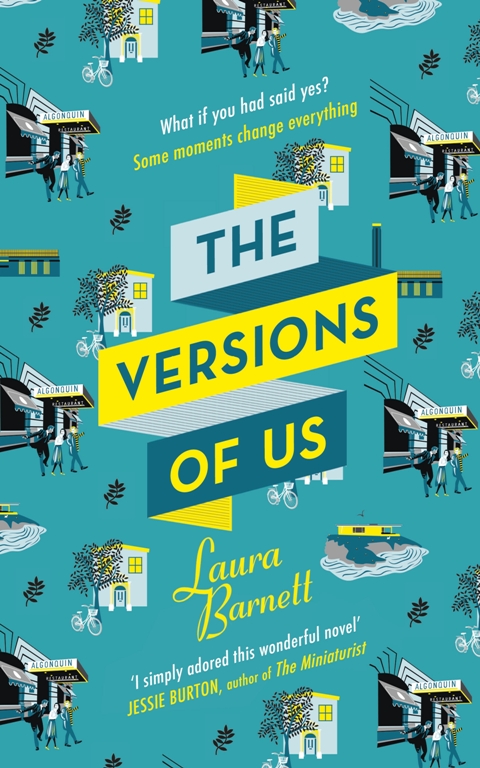 In some ways this is three books in one and could have been written as a triad of short stories, but Barnett has taken the gambol of plaiting them together which involves the readers far more than using separate narratives.  It also helps to keep the reader in the time setting which is so well drawn for each life event.

We follow all the births marriages and deaths of Eva and Jim’s families and are involved with them all even when they change between the separate stories. The thread of time is the line that each action is pegged on and I can only admire how the author has achieved this.

It is not an easy book to read and there were times, especially in the beginning that I wondered whether it was enough to hold my attention.

Having finished the book I now wonder why I even questioned this as it was as good a read as I have enjoyed this year.  Comparisons have been made with David Nicholls One Day, and yes, it can be compared favourably with his masterpiece.  This is a work of great mastery and deserves to be read and re-read for its own merits.

I can hugely recommend this book and hope that it gets the recognition it deserves.  If this is a debut novel then I hope for plenty more from Laura Barnett’s dexterous pen.

The Hardback is published on 4th June by Orion Publishing and RRP is £12.99