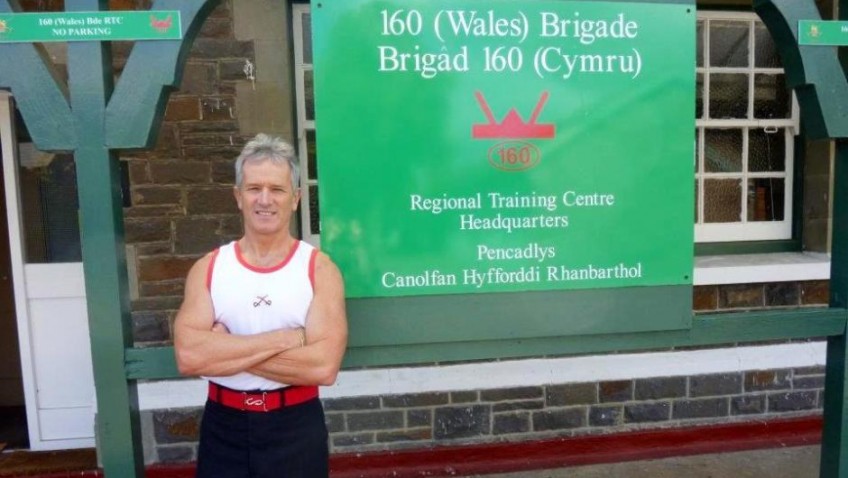 How dare they say I’m too old for the Army

A super-fit 61-year-old from Cardiff who has been thrown of the Army ‘because he is too old’, is breaking his silence to speak up about the experience.

Kevin Fulthorpe works as a lecturer in sport and fitness at a local further education college.

In his spare time, he is a fitness instructor at one of Wales’ top sporting facilities and is a chief inspector for a UK-wide boxing safety board.

He was also – until his 61st birthday in October, a physical training instructor with the Army.

Kevin had served 25 years as an Army reserve and wanted to stay on as a physical training instructor after he turned 61.

He had been allowed extensions to his Army service since he was 55 – the age the Army usually retires non-commissioned officers.

But this time Kevin’s appeal was turned down even though he met the fitness criteria for an Army physical training instructor 30 years his junior.

“How dare the Army tell me I’m too old to do my job!

“I may be 61, but even the Army admits I meet the elite training standard for someone half my age.

“It’s no accident – I have a lifetime working in fitness.

“I was a member of the Wales triathlon squad and I have run several marathons and half marathons, and won cross-country honours for the Army.

“I was also an amateur boxer and fitness coach for St Peter’s Rugby Club in Cardiff.

“In addition to my daytime role in fitness, I take several boxercise and circuits classes which are very popular, and I’m proud to count people from their teens to their seventies as my regulars.

“I feel I have so much to give, in an era where lack of fitness and obesity is a growing problem in Wales.

“People tell me I’m a good lecturer – I would love to take on some kind of role where I could promote fitness for life, for all ages, which is what I was doing with the Army.”

Ahead of the 2015 General Election on May, it is calling for the next UK Government to adopt policies that help and support older people to stay in work.

“Kevin’s story clearly demonstrates the demoralising effect that age-based policies can have on us.

“We have an ageing population and age discrimination by most employers is now illegal.

“However older people are the ones who are most likely to suffer long-term unemployment and many still face major barriers in employment and new work opportunities.

“It is time to turn our backs on old fashioned ideas about age and ageing and preconceptions that older people are in some way less capable of doing a job than younger workers.

“The next UK Government must pursue policies which help older workers stay in employment and make sure that older people who are looking for work have access to the training and support that they need”.