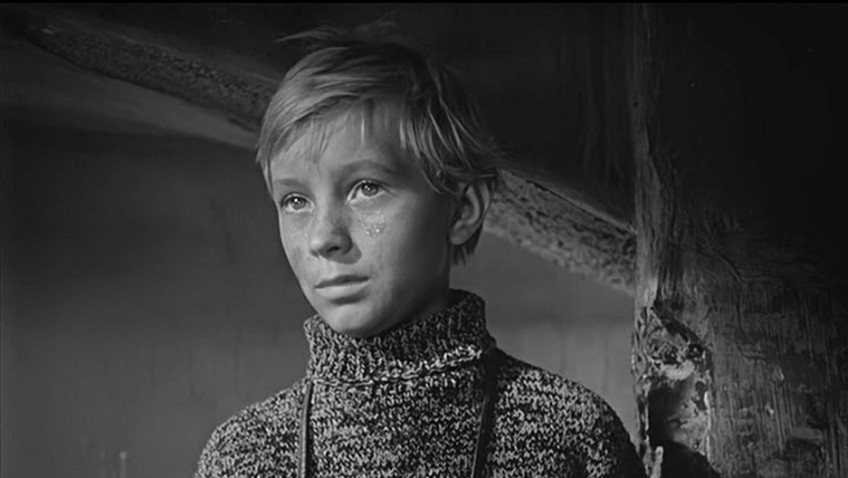 IVAN’S CHILDHOOD (Artificial Eye). Andrei Tarkarsky’s first film , a classic Russian war story, very much in the Russian official tradition, won him an award at the 1962 Venice Film Festival and established him as a major film director. A 12-year-old orphan (Nikolai Burlynaev), a brave, stubborn, traumatised, lad, acting as scout for the Russian army during World War 2, is involved in a dangerous journey through a swamp behind German lines to retrieve two dead bodies. The film, highly influential, has an austere and poetic beauty. The striking photography is by Vadim Yusov and it is the inclusions of the boy’s dreams and nightmares which gives the story its force.

PRIDE & PREJUDICE & ZOMBIES (Lionsgate). It is a truth universally acknowledged that Jane Austen and zombies don’t mix and anybody who thinks they do is in need of their head being examined. I can’t imagine who will want to see this awful film.  I thought it might be a funny spoof of the heritage costume drama and the horror movie. It isn’t. Sam Riley hasn’t a clue how to play Darcy.  Lily James (Elizabeth) and he behave during a proposal scene as if they are Petruchio and Kate in The Taming of the Shrew. The Bennett sisters are now warriors with swords and daggers.  Douglas Booth as Bingley behaves as if he is in a genuine Austen film. Matt Smith (cast as Parson Collins) wisely doesn’t take any of it seriously.