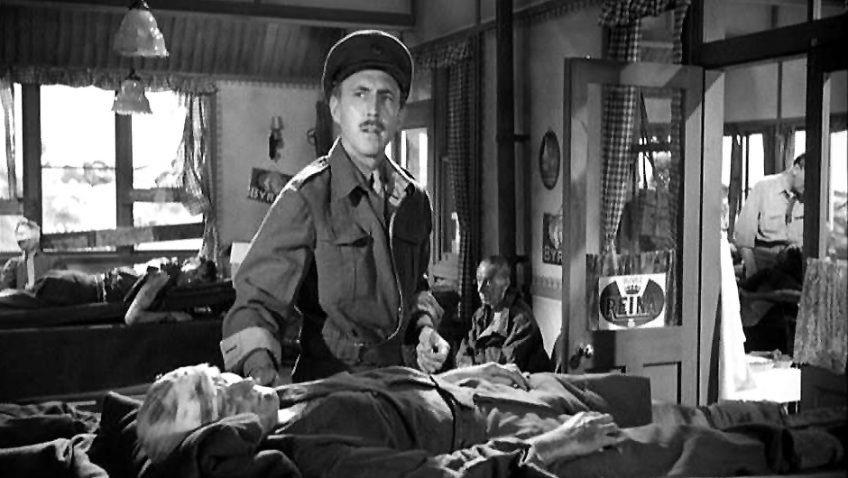 Dunkirk (StudioCanal). This is the 1958 film with John Mills, Richard Attenborough and Bernard Lee directed by Leslie Norman and it is critical of the government and the top brass. “What a mess. What a shambles we have made of the whole rotten affair,” says an embittered journalist. World War 2 was nearly lost before it had barely begun. Dunkirk was a great defeat but it was also a great miracle of delivery. 350,000 were evacuated in ten days, an incredible feat. The film’s high spots are the scenes on the beaches and the soldiers lining up in the water, waist-high, waiting to get on the ships and the little boats (fishing boats, pleasure craft, lifeboats) whilst under constant air attack. There are no histrionics, no heroic climax, just a solid and straightforward documentary reconstruction. It would be difficult not to be deeply moved. It will be interesting to see Christopher Nolan’s Dunkirk and see how it compares.

Vampir Cuadecuc (Second Run). Pere Portabella’s 1970 revisionist take on Braham Stoker’s classic was shot in black and white with out-of-date 16mm stock in Barcelona. The over-exposure, the out-of-focus images, made it more eerie, giving the silent film an eerie, expressionistic look, a worthy homage to F W Murnau’s 1922 Nosferatu. Portabella filmed Jess Francis filming Count Dracula, using the same actors (including Christopher Lee) and filming them when they were not acting for the screen. The camera, the crew and the arc lights were regularly visible. There is no dialogue until the very end. The sounds (the downpour of rain, the knocking, the occasional incongruous music, etc) were added afterwards. The deconstruction was much praised in its day but the film was little seen outside of film festivals. The DVD is strictly for art house film buffs, rather than Hammer Horror fans.