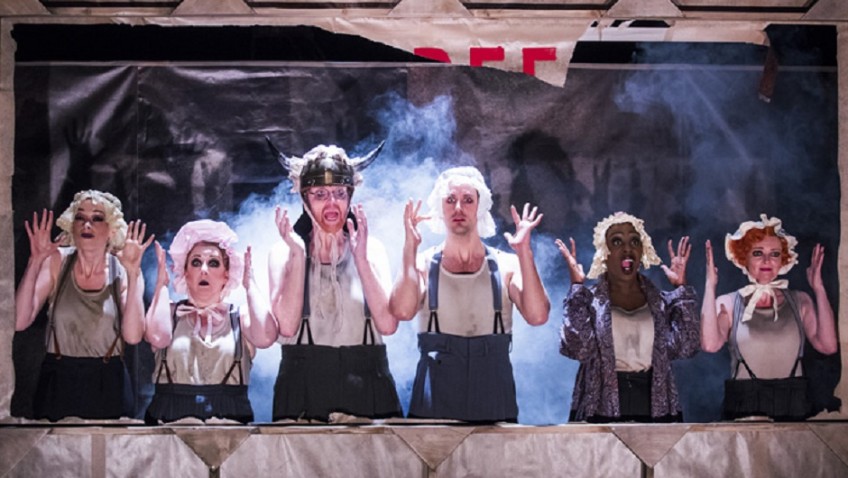 Brecht and Weill’s classic agit-prop theatre is back

THE THREEPENNY OPERA by Bertolt Brecht and Kurt Weill premiered in Berlin in 1928. Five years later it was officially denounced as a prime example of Degenerate Art and Brecht and his wife were forced to flee from Germany. Weill and his wife, Lotte Lenya, also had to leave.

The opera is an updated version of John Gay’s The Beggar’s Opera and set in the Edwardian Coronation year. Audiences in 1728 had hugely enjoyed Gay’s musical burlesque and political satire at the expense of the notoriously corrupt Prime Minister, Sir Robert Walpole, and his Whig administration.

Crooks, beggars, police, poverty and corruption are ever with us; but it is fiendishly difficult to recreate the punch the degeneracy once had.

The only time it has really worked in the UK was when The Berliner Ensemble came to The Old Vic 1965 with Wolf Kaiser as Mack the Knife. Kaiser was effortlessly stylish; the smoothest of sharks, his performance was one of the great 20th century performances.

Rufus Norris’s extraordinary, ramshackle 3 Penny Opera is notable for its outrageously obscene language. The translator adaptor is Simon Stephens who has cut the Brechtian didactics.

Rory Kinnear is Macheath. The notorious robber and womaniser, in this version, has been much more than hand in glove with the Chief of Police (Peter de Jersey).

The reason The Threepenny Opera has lasted is because of Kurt Weill’s mordant, haunting score. The band is on stage. Rosalie Craig as Polly (who marries Macheath and has two of the best songs) gets the loudest applause.

There is good support from Matt Cross as a Keystone cop and from Jamie Beddard as a beggar in a wheelchair.