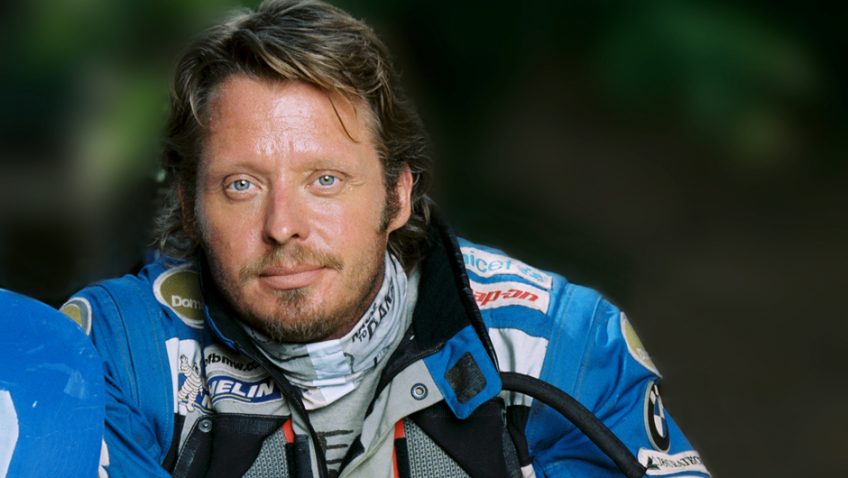 Even if you have little interest in motorbikes you will probably have heard of Charley Boorman and his adventures with Ewan McGregor biking around the world. Television viewers can have enjoyed the trips the pair made and the follow up books in Long Way Round

and Long Way Down

Following a serious road traffic accident in Portugal Charley has written his autobiography, which follows his recovery interspersed with the story of his life lived without fear.

is the story of the man who loves his life, his family and his bikes. I spoke with Charley about the book and his adventures and was delighted to be in conversation with this genuinely enthusiastic man. The book reads just as if he is in conversation with the reader and while he does not try to be writing great literature it is entertaining and full of his character.

The enforced inactivity due to the severity of his injuries manifest itself in his story and we can easily share his frustration at not being able to ride his beloved bikes. The tales of his exploits with the famous and sons of the famous are fascinating and as he grew up surrounded by film actors due to his father being the renowned film director, John Boorman. Himself, a child actor, Charlie has no pretentions and was as happy to talk about his testicular cancer as his professional biking career.

I asked him what it was like travelling across continents by bike and he was happy to inform me that people were far more helpful when you arrive by bike. “Acts of kindness are far more common and often the women want to mother you when they see you get off your bike” he advised. Maybe they are aware of the discomfort of riding hundreds of miles in a saddle. “One of my best tips for taking on these trips are baby wipes to help ease the saddle sores and a silk lining for your sleeping bag to stop the bed bugs.” he added.

Food plays a big part in his adventuring and he has had to eat some unpalatable meals. “Papua New Guinea stands out as some of the worst” he reminisced. As a finalist on Masterchef in 2014 he obviously knows his onions. Like everything he does Charlie wanted to win but is still proud that he finished joint second.

Despite his hard man image, Charley has a soft side when it comes to his wife and children and is very much a family man. His two daughters have moved away and he is very aware of the “Empty nest”. Growing up in Ireland he has an idyllic childhood with three siblings and still feels very connected to his Irish upbringing.

I asked him if he had any particular superstitions or rituals before he lefty on one of his adventures and admitted that he always carries a St Christopher medal that was given to him by a six year old girl. Otherwise he believes his fate lies in his own hands and his own ability although the crash in Portugal has been a hard lesson to learn.

The long way back to recovery has been particularly difficult for this fearless adventurer but at least it has given him the time to write this fascinating book. I know slightly more about motorcycles than I did before talking to him, but it is the man himself who is the attraction, and his passion for his bikes. I shall regard bikers with more respect and appreciation than previously. This is not a ride for the faint-hearted but with Charley Boorman astride the machine, it is definitely one for the big hearted.